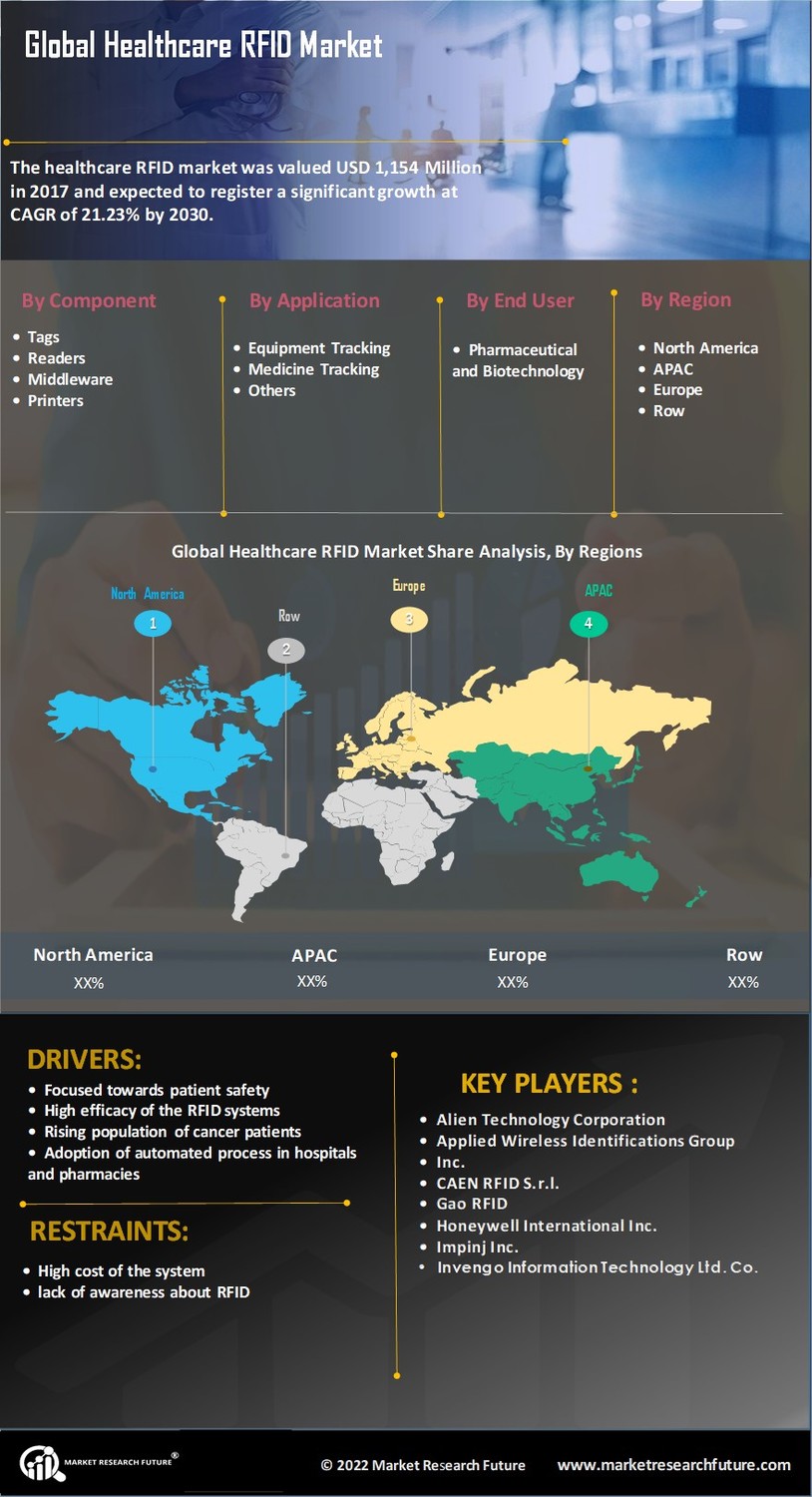 The Healthcare RFID Market is expected to reach USD 1947.04 Million by 2030 at 13.10% CAGR during the forecast period 2022-2030. The RFID has become prominent for patients in healthcare and can also provide asset tracking across advanced and emerging economies. It also is helpful For the detection of screening of drugs. It can also reduce waste and decrease the occurrence of unwanted costs. Using this can provide many advantages to the healthcare industries, such as patient safety, tracking, patient care, provider satisfaction, etc., and improve the inventory management system in hospitals, biotechnological centres, and pharmacies. The focus on high efficiency and patient safety and the rising population of cancer patients and hospitals adopting automated systems will increase the market growth. Many collaboration and market players present in the growing region are the major factors for the market. However, there are several advantages of the market. Still, the high cost of being included with the system and the lack of awareness among people about RFID can hinder the market. Technical limitations like errors may hinder the Healthcare RFID Market. The rising strategies and alliances by the major players in North America are likely to improve the market positions.

The healthcare RFID market has been segmented on the basis of components, applications, end-user, and region.

On the basis of type, the market has been classified as tags, readers, middleware, printers, and others. The market, by tags, has been sub-segmented into active tags and passive tags. Also, by readers market has been further segmented into active readers and passive readers. Based on applications, the market has been segmented into equipment tracking, people identification and tracking, medical report and blood samples tracking, medicine tracking, and others. The market, by end-user, has been segmented into pharmaceutical and biotechnology companies, hospitals, research institutes, and others. The tags segment is expected to hold the largest market share of the healthcare RFID market, by components owing to its wide application in asset tracking, pharmaceutical tracking, for tacking blood monitoring systems, and patient tracking. Also, by end-user research institutes to register the highest CAGR owing to rising research and development by the major players during the forecast period. 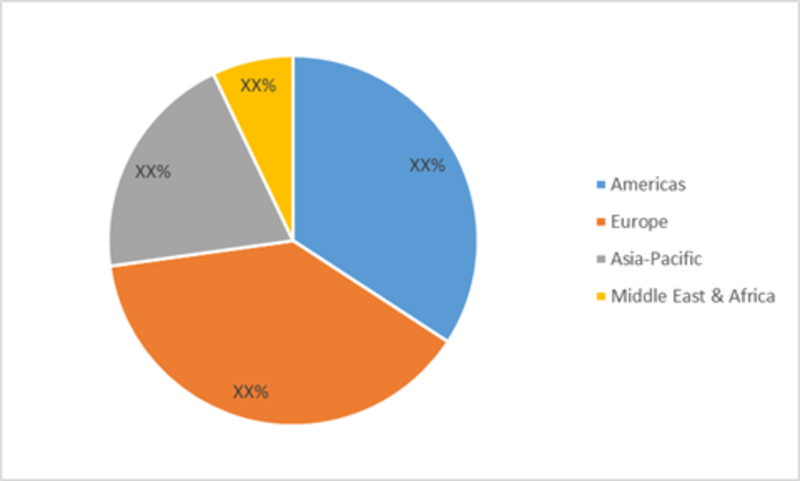 The Americas are likely to dominate the healthcare RFID market owing to the rising strategic alliance by major players, the involvement of non-profit organization in research & development, and well-established healthcare infrastructure. According to the US Department of Health and Human Services, in 2018, around 1,735,350 new cases of cancer will be diagnosed in the United States and 609,640 people will die from the disease. For instance, in May 2018, CCL Industries Inc. acquired Nortec International Ltd. a privately held company for approximately USD 9 million.

The European market is expected to be the second-largest healthcare RFID market. The market growth in this region can be attributed to government funding and support of the healthcare sector coupled with increasing research and development.

Asia-Pacific is expected to be the fastest-growing healthcare RFID market during the forecast period owing to the improving healthcare infrastructure, rising investments in healthcare and expansions by market players in the region. Also, countries such as India and China are considering the fastest growing region due to the government focused on adopting new technology, and the best treatment option from a developed country. According to the World Health Organization, in 2010, the healthcare expenditure of India was 3.27% of GDP, whereas, in 2015 it has 3.89% of total GDP.

The market in the Middle East & Africa is expected to account for the smallest share of the healthcare RFID market due to an underdeveloped healthcare sector, lack of technical knowledge, and poor medical facilities.

Market of Healthcare RFID, by Component


Market of Healthcare RFID, by Application

Market of Healthcare RFID, by Region

In Houston, Ordering a ventilator on demand for critical patients unable to breathe on their own just got easier for hospitals thanks to new technology from US Med-Equip (USME), the nation's leading provider of rented medical equipment.

The global healthcare RFID market is expected to exhibit a solid 13.10% CAGR over the forecast period from 2020 to 2030.

What is the key driver for the market?

The increasing demand for efficient inventory systems in the healthcare sector is the major driver for the global healthcare RFID market.

What is the key restraint on the market?

Lack of awareness and the high costs of RFID equipment have held back the market, especially in developing regions such as Asia Pacific, Latin America, and Africa.