The Glaucoma Surgery Market size is estimated to grow at a CAGR of 7.9%, to meet the rising needs of the global target audience followed by the expansion of the market during the period. The growing market trends suggest that factors like the growing geriatric population and the high treatment cost of medications are some of the major factors driving the market during immense growth during the forecast period. There has been a high prevalence of glaucoma in the population that falls in the age group of 45 years and above, along with the prevalence of lifestyle diseases, including diabetes, which is expected to foster glaucoma surgery market growth over the forecast period.

The outbreak of the COVID-19 emerging from Wuhan, China is the biggest challenge for any market since its arrival in 2020. It is an incomparable global public health emergency that has been affecting the functions of almost every industry, and the long-term effects that have been introduced are projected to impact the industry growth during the ongoing forecast period. The glaucoma surgery market trends suggest that the ongoing research amplifies the research framework to ensure the inclusion of underlying COVID-19 issues and potential paths forward for the functioning of an array of markets and the associated market players. The global glaucoma surgery devices market report delivers insights on COVID-19 considering the changes in consumer behavior, tastes, and patterns, and the rising demand, purchasing patterns, re-routing of the demand and supply chain, followed by the dynamics of current market forces, and the significant interventions of the global governments. The updated study for the market services and functions provides insights, analysis, estimations, and forecasts, considering the COVID-19 impact on the market.

The global governments are understanding the need of the patients for treatment and surgery that is pushing them to reduce the restrictions. This will help in the expansion of the global Glaucoma Surgery Market along with the launch of new products and services to meet the rising needs of the global target audience. The market has a better perspective during the ongoing forecast period.

There are several glaucoma surgery market factors like the rise of initiatives that are being undertaken by the global governments and NGOs is playing a major role in spreading awareness about glaucoma and its related treatment procedures are expected to aid the demand for advanced surgical techniques as a part of the global market functions. Additionally, there has been a rapid shift in preference towards advanced minimally invasive surgical options amongst the global target audience that is distributed in various global locations is expected to have a positive impact on the market growth.

Further, the market functions highlight the frequent launches of advanced glaucoma surgical devices in the global market premises that are expected to fuel the growth of the glaucoma surgery devices market during the forecast period.

However, the rising cases of the coronavirus pandemic are diverting the availability of medical professionals, services, and infrastructure towards the treatment of people who have contracted the virus. Also, the lack of function followed by the growing unawareness regarding the disease is a major concern that will hamper the projected growth for the global glaucoma surgery market during the ongoing forecast period.

However, the market trends support the growth of the glaucoma surgery market share during the ongoing period and this is attributed to the rising prevalence of glaucoma, followed by the rise of other prominent factors like the increasing geriatric population, and growing adoption of surgical treatments for glaucoma. In addition, there has been a rising demand for minimally invasive procedures that are associated with glaucoma which is also expected to trigger the growth of the glaucoma surgery devices market.

These prominent market procedures are likely to extend major benefits like reduced surgery time, amongst others like a faster recovery rate, affordability, and low risk of complications, which help in driving the global market growth. As per the report that was published by the American Academy of Ophthalmology (AAO), the global prevalence of glaucoma was estimated to be 64.3% in the historic year of 2013 and is further, expected to reach 76 million by 2020. Furthermore, there have been favorable reimbursements policies, followed by the emergence of other factors like the rising government initiatives, and improvement in healthcare around developing countries that are also expected to boost the glaucoma surgery market based on the predictions by the prominent investors and business chiefs.

Based on the Product Outlook


Based on the Method Outlook


Based on the End-user Outlook


Based on the Regional Outlook 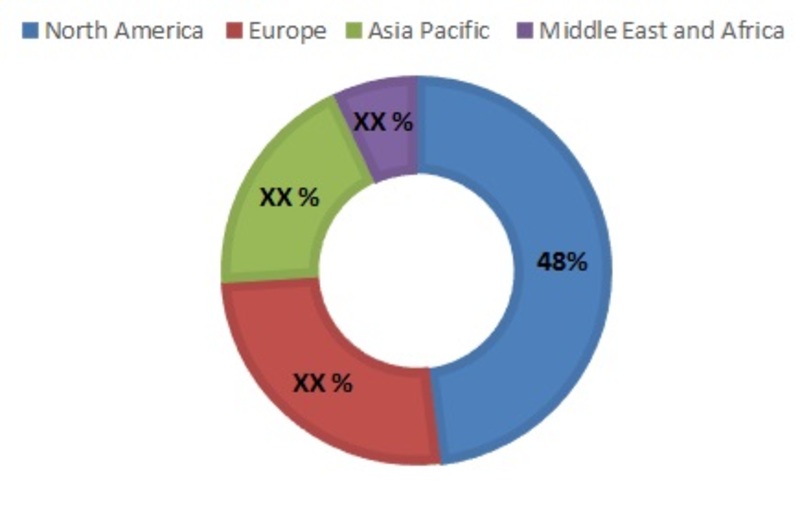 The glaucoma surgery industry is most likely to witness the domination of countries like the USA and Canada. The North American region is expected to hold a significant market share in the global Glaucoma Surgery Market owing to the increasing prevalence of glaucoma, followed by the emergence of other rewarding market factors like the rise in geriatric population, increasing awareness, the advent of the favorable reimbursements policies, and the presence of several major competitive players.

As per a report that was published by the Glaucoma Research Foundation in 2018, an estimate of 3 million people have contracted glaucoma, and the number will be increasing in the coming years. Moreover, there has been a growth in the number of geriatric populations in the United States who are more prone to have glaucoma. Furthermore, the increasing healthcare expenditure and the reliable presence of well-established healthcare infrastructure are also fueling the growth of the overall regional market to a large extent.

The Glaucoma Surgery Market is witnessing the moderate emergence of competition and it consists of several major players. Some of the prominent market companies that are currently dominating the market are as follows:

For instance, in June 2018, one of the prominent market companies - Glaukos took to the international market and announced the FDA approval for its second-generation MIGS device, which is called iStent inject. The launched market device is uniquely designed to go for the optimization of the natural outflow of aqueous humor to yield better results. Additionally, the voluntary withdrawal of the Alcon MIGS product - Cypass from the market has offered a massive opportunity for the other market players for the expansion of their market share.

The globally launched product approvals have been associated with glaucoma surgery devices that are also expected to boost the segment growth during the ongoing forecast period. Glaukos Corporation had received the FDA approval for iStent, which is a type of minimally invasive glaucoma surgery drainage device that is used in cataract surgeries. In addition, another market company - Ivantis had also received approval for Hydrus Microstent (MIGS device) I 2018. These launched market devices are efficient in glaucoma surgeries and thus, it resulting in propelling the segment growth.

In addition, there has been an increasing number of glaucoma patients across the worldwide locations and market locations that is leading to high demand for glaucoma surgery devices and thus propelling the overall market during the ongoing forecast period.

The global glaucoma surgery market report helps in understanding the impact of the virus on the market operations followed by the propelling market dynamics that will help in the growth and expansion opportunities of the global market. The report highlights the functioning of the market segments followed by the rising market competition amongst the players followed by recent developments undertaken by them.

How does the outlook of the global glaucoma surgery market look like?

At what CAGR is the global glaucoma surgery market projected to grow in the forecast period (2017-2023)?

The global glaucoma surgery market is projected to grow at 7.9% CAGR during the assessment period (2017-2023).

What are the major tailwinds pushing the growth of the global glaucoma surgery market?

Increasing aging population across the globe and Increasing prevalence of diabetes are the major tailwinds pushing the growth of the global glaucoma surgery market.

Which region holds the largest share in the global glaucoma surgery market?

North America holds the largest share in the global glaucoma surgery market, followed by Europe and the Asia Pacific, respectively.

Who are the top players in the global glaucoma surgery market?

Allergan (US), Novartis AG (Switzerland), Merck & Co., Inc. (US), Akorn, Inc. (US), Abbott (US), Teva Pharmaceuticals (US), Pfizer, Bausch & Lomb (US), Santen (Japan), Alcon (US), Carl Zeiss Meditec (Germany), Ellex Medical Lasers (Australia), Topcon Medical Systems (US), Lumenis (US), Nidek (US), Optos (US), OPHTEC (US), Accutome (US), Canon (Japan), AqueSys (Taiwan), Iridex Corporation (US), and Essilor (France), are some of the major players operating in the glaucoma surgery market.