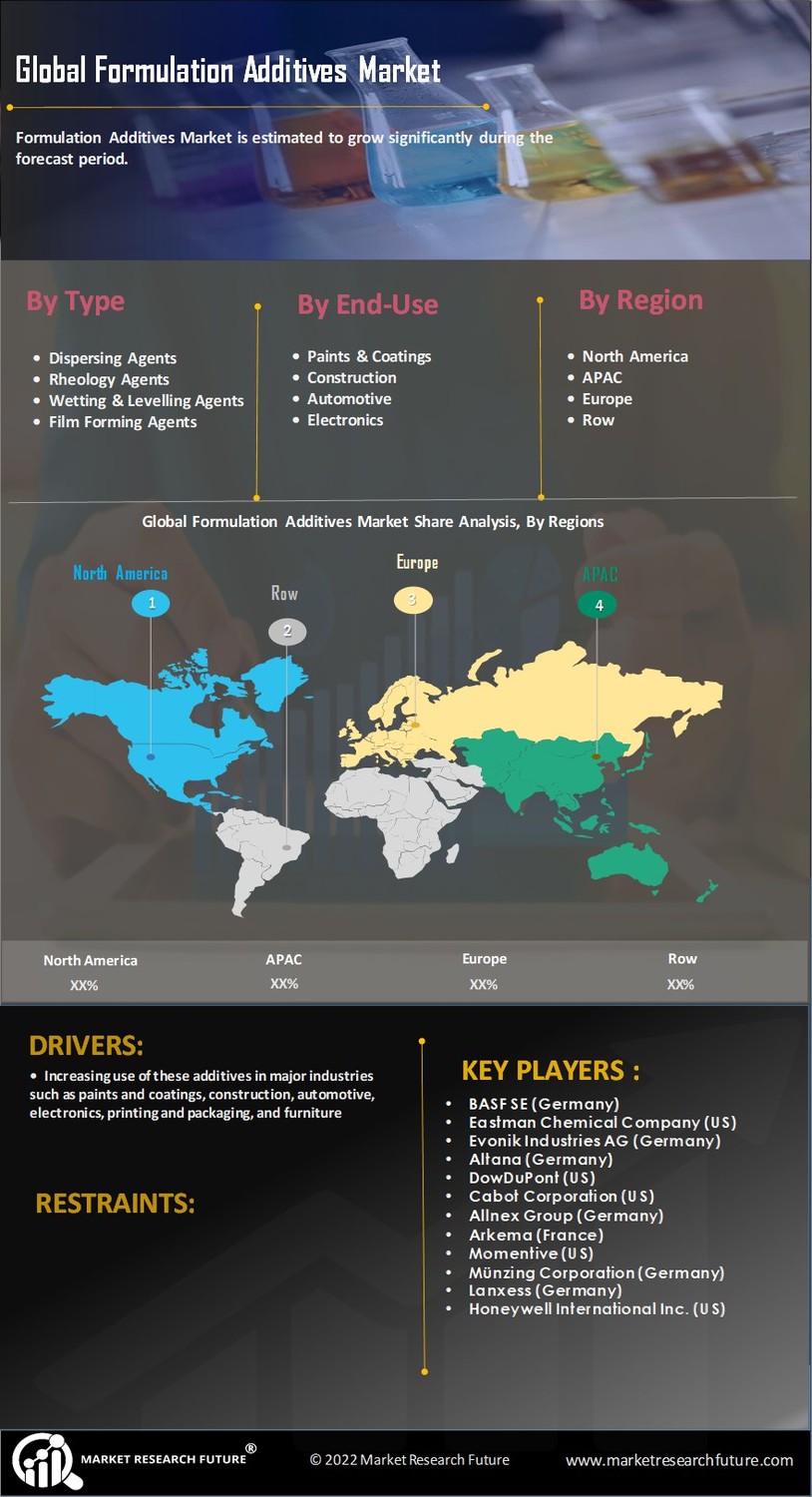 Formulation Additives Market Overview Formulation Additives Market is projected to be worth USD 28,600 million by 2030, registering a CAGR of 5% during the forecast period (2022 - 2030). Small amounts of formulation additives are used to improve or modify the qualities of certain formulations. The employment of formulation additives improves the performance of the materials as well as their processing features and attributes. Better pigment dispersion, slip, substrate wetting, levelling, anti-settling, and plasticizing properties are all provided by these additives. The increasing use of these additives in various industries such as paints and coatings, construction, automotive, electronics, printing and packaging, and furniture is driving the worldwide formulation additives market. Paints and coatings are utilised in practically every major industry, and the market for these additives in paints and coatings is growing. Architectural coatings contain these chemicals to protect building structures and components. Construction has expanded as a result of rapid industrialization and urbanisation in Asia-growing Pacific's economies, which is also fueling market expansion. Furthermore, rising car production and sales around the globe are likely to drive market expansion over the forecast period. Product demand is also likely to be fueled by rising demand for electronic gadgets such as laptops, gaming devices, and smartphones. Consumers' changing lifestyles and high discretionary incomes are to blame for this. 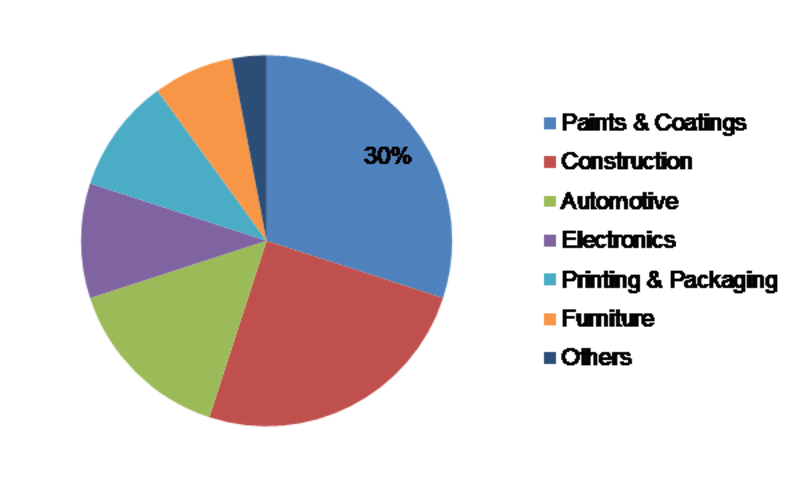 The market in Asia-Pacific dominated the global formulation additives market in 2017 due to the high demand in major end-use industries. Fast-paced industrialization in emerging economies such as China and India are expected to fuel product demand in the construction industry.

North America accounted for the second-largest market share in 2017 on account of the high demand for formulation additives in the automotive, electronics, and construction industries in the region.

The European market is expected to grow at a significant rate due to the high production and sales of automotive parts in the region.

The Latin American market is projected to witness considerable growth due to the growing automotive industries in Brazil and Argentina.

The market in the Middle East & Africa is also likely to grow due to the presence of infrastructure hubs in the region.

The global formulation additives market has been segmented on the basis of type, end-use industry, and region.

On the basis of type, the market has been segmented into dispersing agents, defoamers, rheology agents, wetting and levelling agents, and film forming agents.

By end-use industry, the market has been divided into paints and coatings, construction, automotive, electronics, printing and packaging, furniture, and others.


Dow Corning 904H, a coating additive for architectural facade coatings, was introduced in November 2017 by Dow Performance Silicones, a business unit of DowDuPont Material Sciences Division, to support enhanced aesthetics for building exteriors while also improving water resistance, repellency, and surface hydrophobicity. This additive was created to reduce the appearance of a snail trail when components in coating formulations seep to the surface. In January 2016, BASF SE introduced the Efka PB 2744 deformer for fast and successful deaeration of 100 percent solids coating systems. This product outperforms macro and micro foam in terms of efficiency, long-term persistence, and effectiveness. The formulation additive market is highly fragmented, with only a few prominent manufacturers controlling a significant share of it.

What are the major types and end-use industries of formulation additives?

What are the major driving forces behind the growth of the global formulation additives market?

Increasing use in the manufacturing of paints & coatings.

Which region holds the largest share in the global formulation additives market?

Who are the top players in the global formulation additives market?

What are the key growth strategies of formulation additives industry players?

Strategic initiatives such as mergers & acquisitions, collaborations, expansion, and technology/ product launch are some of the growth strategies that players operating in the global formulation additives market adopt to gain a larger competitive advantage.

Formulation additives market: Increasing demand for paints and coatings in several industries is ...