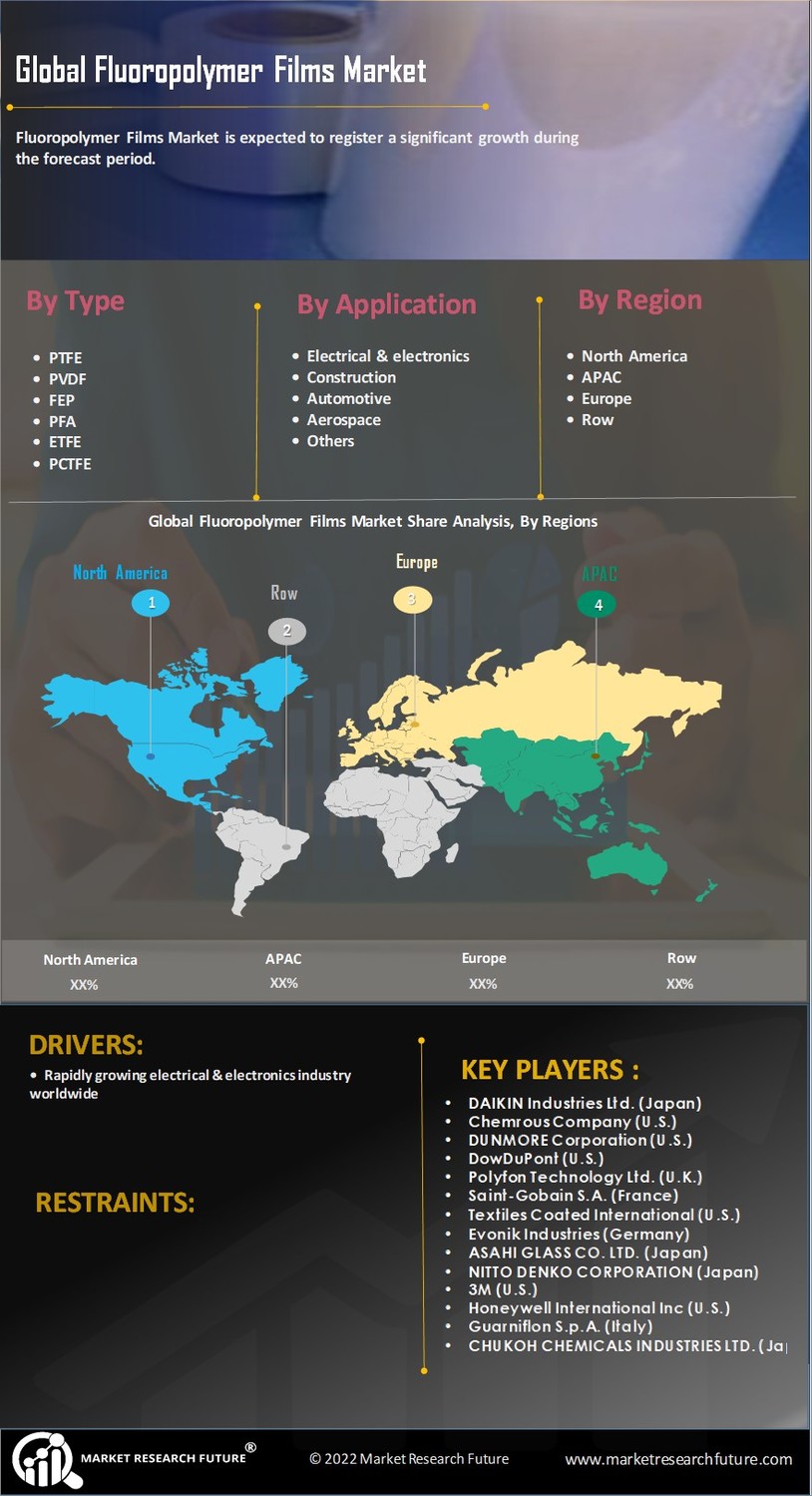 Fluoropolymer Films Market is expected to surpass the market value of over USD 3.3 billion by the year 2028 while registering a CAGR of 5.1% during the forecast 2021-2030.

Fluoropolymer Films Market is expected to surpass the market value of over USD 3.3 billion by the year 2030 while registering a CAGR of 5.1% during the forecast 2021-2030.

Fluoropolymer films are utilized as the base materials for several manufacturing industries. The potential characteristics of the fluoropolymer films such as optical transparency, UV and harsh climatic protection, durability, reliability, and other unique characteristics propel the manufacturers to invest in the fluoropolymer market share. They are reliable and affordable as well, they also possess dielectric characteristics and therefore they are used in the automotive industries for the production of significant components. As these films are made of carbon and fluorine, they can be used in higher temperatures without affecting the machines.


Several industries were affected due to COVID 19 and the operations were reduced due to the stringent regulations and norms imposed by the government. The potential end-users such as construction, pharmaceutical, automotive, electronics, and several others have been facing distress due to the pandemic. Although there are several potential benefits of utilizing the fluoropolymer films, the disruption at the production facilities, supply chain, and other issues have restricted the growth of the Fluoropolymer films industry.


The increasing demand for Fluoropolymer films in the medical and pharmaceutical industries to produce cap liners, stoppers, surface protectors, plungers, and other laminates and prosthetics across the globe is considered as the major market driver of fluoropolymer market growth. Especially the rising medical emergencies and medical demands and the demand for purified medical products are projecting the overall growth of the fluoropolymer industry in recent times. Moreover, this type of plastic is completely recyclable and doesn’t affect the ecosystem balance. Therefore there are no regulations against the utilization of fluoropolymers in manufacturing industries.


The potential characteristics of the fluoropolymer films such as excellent resistance to heat, harsh climatic conditions, corrosion, UV, and other chemical resistance, make the manufacturers utilize them for varied applications in every end-user industry.


The precise processing of the Fluoropolymer films are considered as the crucial part of the manufacturing processes and the thickness should be précised where the thickness must be between 0.001-0.3 mm. the alteration in the thickness in varied applications is very minimally tolerated as it affects the strength and performance of the films. Therefore the variation in the films might lead to wastage and be considered as the major restraint for the Fluoropolymer films market growth.


The raw materials used for the manufacturing of varied types of fluoropolymer films such as PTFE, PVDF, ETFE, and so on are expensive and the technologies developed specifically for manufacturing these are complex and capital intensive which is impossible to reach for small companies and emerging markets players and this factor is considered as the major restraint of fluoropolymer films market growth.


The market value of the Fluoropolymer industry was at USD 2.2 billion in the year 2020 and it is expected to surpass the market value of over USD 3.3 billion by the year 2028 while registering a CAGR of 5.1% during the forecast period. The market value is expected to have this growth due to the wide range of applications and wide range of end-user industries such as packaging, aerospace, automotive, electronics, and significant others. The Fluoropolymer films possess favorable characteristics such as higher precipitation capacity and they are used as raw materials in building semiconductors, automotive parts, machinery, and electronic parts. The increasing demand for these products across the globe is considered the major driver of fluoropolymer films market growth.


They are also utilized in the production of solar PV modules, the increasing awareness regarding energy conservation, and the growing demand for energy generation from renewable resources across the developed and developing countries are considered as the major drivers of fluoropolymer market growth.


The potential characteristics of the Fluoropolymer films which include affordability, dielectric properties, and higher reliability, and their utilization as heat sealants, laminations, thermoforming, welding of varied materials are propelling various end-users to utilize the fluoropolymer films. The Fluoropolymer films are gaining a new phase in their development with the growth of the construction industry, and architectural properties. The advancements and the increasing investments in those industries are presenting lucrative opportunities for the overall growth of the fluoropolymer industry.


Among several end-user industries, they are primarily utilized as a coating material of the textural architecture and in translucent ETFE film constructions. Since the construction industry is preferring the ETFE over glasses as they offer higher resistance against several harsh environments and they are lighter than other building materials as well.


Based on End-user Industry: 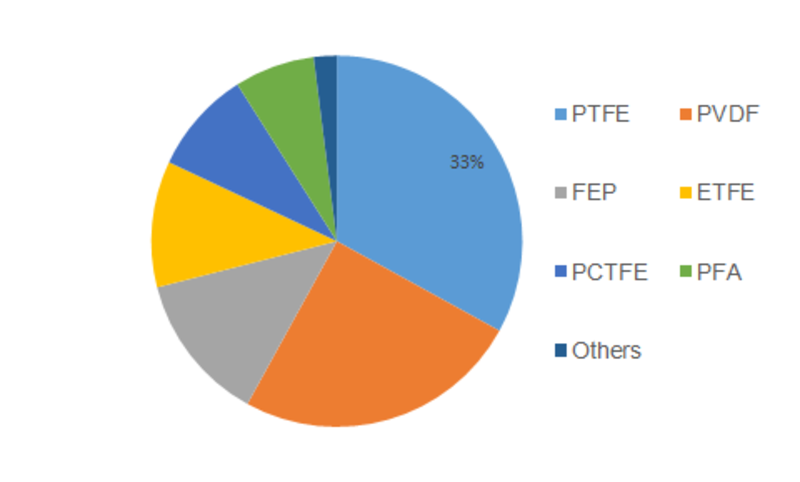 
On the other hand, North America due to the increasing infrastructural development and the increasing private and public sectors is presenting a favorable environment for the growth of the Fluoropolymer industry.


In recent times, one of the leading companies, Daikin Chemical industry had announced their subsidiary in Thailand to establish their brand and increase the overall sales. The sales of the automotive products manufactured with the Fluoropolymer and fluoroelastomers is the primary goal of the company and their expansion has efficiently achieved the goal in Southeast Asia.


Based on End-user Industry:

What could hold back fluoropolymers market growth?

Which region has the largest fluoropolymers films market?

What is the size of the fluoropolymer industry?

Fluoropolymer Films Market is expected to surpass the market value of over USD 3.3 billion by the year 2030 while registering a CAGR of 5.1% during the forecast 2021-2030.

What are the major end-user industries of the Fluoropolymer industry?

What are the major applications of the Fluoropolymer industry?

Who are the major market players in the Fluoropolymer industry?