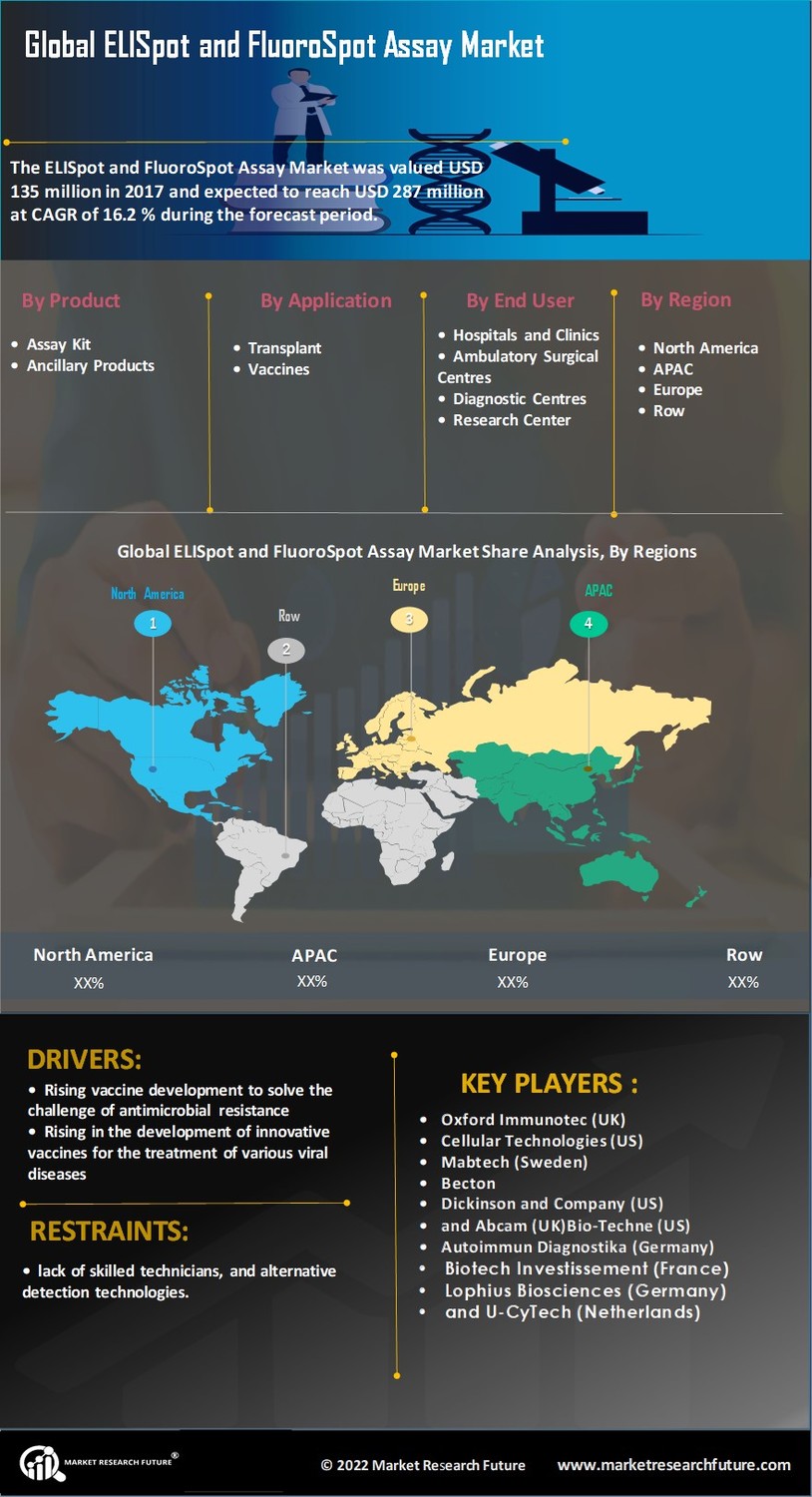 ELISpot and FluoroSpot Assay Market is expected to register a CAGR of 16.1% and was valued at USD 710.03 Million.

ELISpot and FluoroSpot Assays Market Overview The ELISpot and FluoroSpot Assay Market were estimated CAGR of 16.1% during the forecast period. ELISpot and FluoroSpot Assays are sensitive methods for detecting immune cells that contain specific proteins like cytokines or antibodies. These tests are used in hospitals and research centers to detect diseases like tuberculosis and other viral infections early. The FluoroSpot assay is a variation of the ELISpot assay that uses a combination of monoclonal antibodies and other reagents to detect infection. The rising incidence of chronic diseases, rising vaccine development to address the challenge of antibiotic resistance, and technological developments in analyzers and ELISpot and FluoroSpot assay kits are all driving market expansion. ELISpot is a critical step in the development of vaccines for a variety of diseases, including AIDS, TB, HIV, malaria, cancer, and influenza. The ELISpot test is one of the most extensively used immunoassays in vaccine evaluation studies. The FluoroSpot test combines the sensitivity of ELISpot with the capacity to evaluate multi-analyte secretion simultaneously, allowing cell population studies with varying operational parameters. The better sensitivity of the sample, statistical read-out, and convenience of use in both broad screening and individual testing contributed to this reputation. Both T-cell responses and vaccine-specific antibody-producing B cells can be assessed with this technique. As a result of the aforementioned factors, the cancer therapy market is predicted to rise rapidly over the forecast period.

Some of the key players in the ELISpot and FluoroSpot Assay Market are Oxford Immunotec (UK), Cellular Technologies (US), Mabtech (Sweden), Becton, Dickinson and Company (US), and Abcam (UK)Bio-Techne (US), Autoimmun Diagnostika (Germany), Biotech Investissement (France), Lophius Biosciences (Germany), and U-CyTech (Netherlands), and Others. 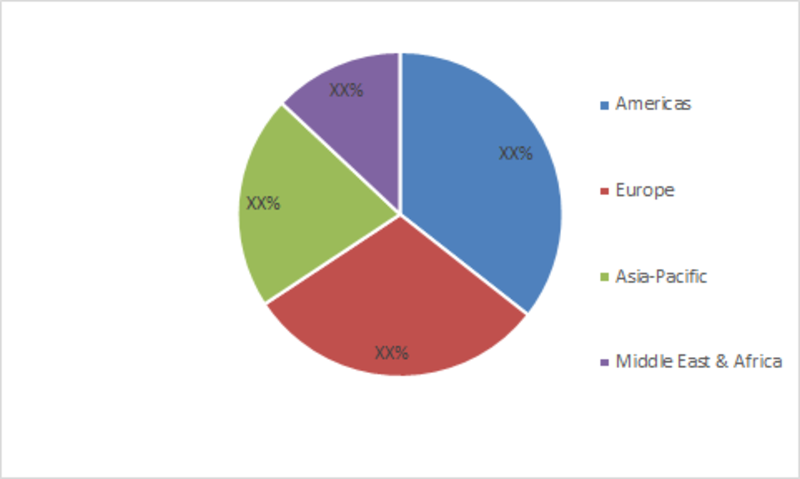 Sources: National Cancer Institute, Cancer research UK, the American Cancer Society, Inc, US Department of Health and Human Services National Institutes of HealthIt is estimated that North America dominated the ELISpot and FluoroSpot Assay Market owing to the increasing cardiac diseases, innovations in clinical practice, increasing research and development in pharmaceutical industries boost the market growth. According to the Centers for Disease Control and Prevention 2017 publication 83.4% of children aged 19-35 months were vaccinated with Diphtheria, Tetanus, Pertussis in the US. The increasing demand for vaccines will boost the market growth.

Europe stood second largest in the ELISpot and FluoroSpot Assay market owing to the increasing number of pharmaceutical companies, rising in the development of innovative vaccines for the treatment of various viral diseases. The growing funding from government and private agencies for drug development also support the market in this region.  Asia-Pacific was estimated to be the fastest growing region for the Market in 2017. The market is expected to witness growth owing to the rising prevalence of viral infection, increasing geriatric population in this region and growing demand for ELISpot and FluoroSpot Assay in research field.

The Middle East and Africa holds the least share in the ELISpot and FluoroSpot Assay Market due to the presence of low health expenditure, lack of skilled technicians and less pharmaceutical company in this region. However, the market is expected to witness growth due to increasing research & development in the Middle East.


ImmunoSpot introduced SpotStat Software in September 2021 for statistical analysis of ELISPOT/FluoroSpot data. The major purpose of SpotStat is to give statistically confirmed antigen-induced and negative controls differentiation. Ardigen and ImmuMap began collaborating on research in April 2021. The collaboration between ImmuMap and Ardigen will focus on finding T-cell receptors (TCRs) that are reactive to tumor-associated neoantigens. The researchers will use ELISpot assays (enzyme-linked immunosorbent assays), next-generation sequencing (NGS), MHC multimer labeling and sorting, and 10x Genomics Single Cell Immune Profiling.