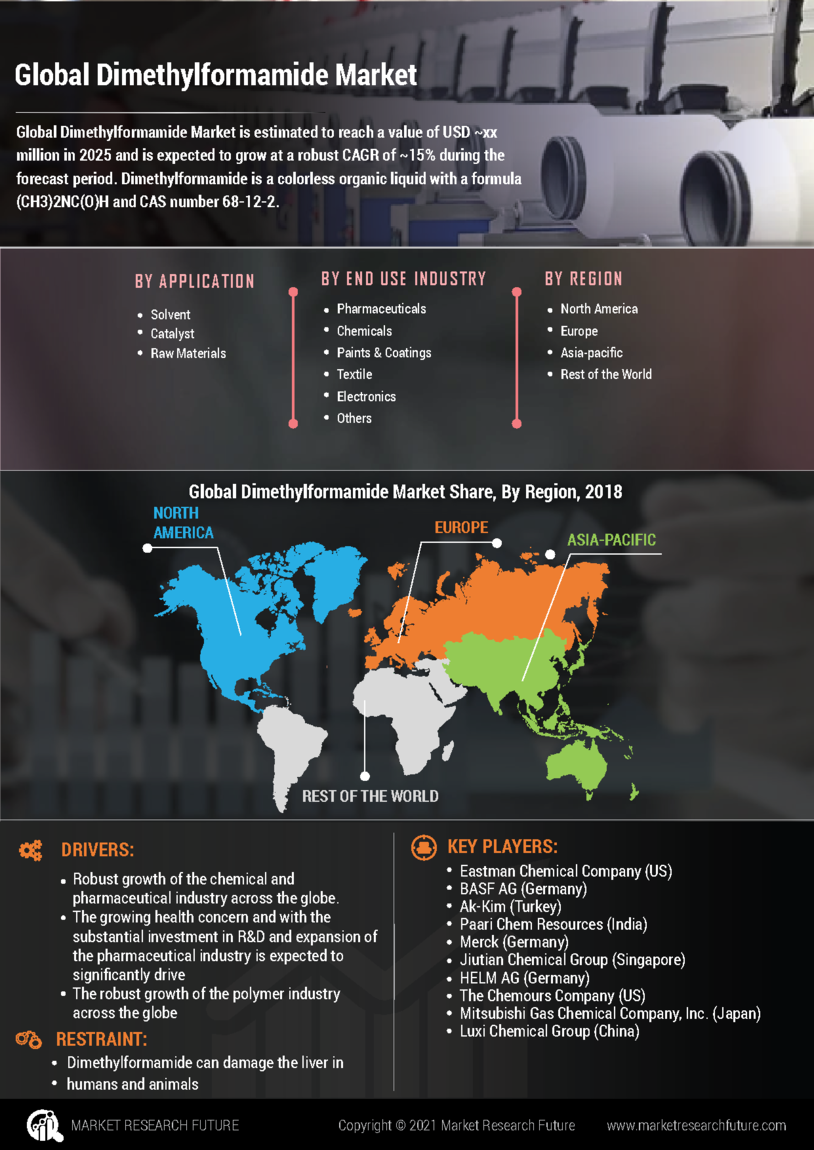 Furthermore, it is also widely used as a solvent for polymers and resins. Hence with the robust growth of the polymer industry across the globe, the demand for dimethylformamide is expected to increase significantly during the forecast period. Also, high purity dimethylformamide has a characteristic of selective solvency. Hence it is also used in removing butadiene from hydrocarbons processes and removing or gaining acetylene in various chemical processes. Furthermore, owing to the increasing use of dimethylformamide in a wide range of application such as adhesive and surface coatings, industrial solvents, and others, is expected to propel the growth of the global market.

Though dimethylformamide is used across a wide range of applications, the concern about its potential health impact on human and animals is expected to be a key challenge for the growth of the global market. It has been observed an acute exposure to dimethylformamide can damage the liver in humans and animals. 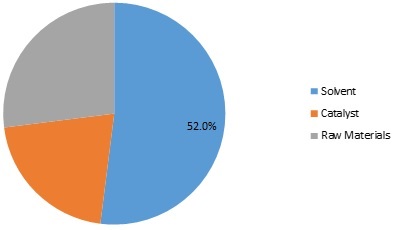 The global dimethylformamide market has been segmented based on application, end-use industry, and region.

Based on application, the global dimethylformamide market has been categorized as an industrial solvent, catalyst, raw materials.

The global dimethylformamide market, by end-use industry, has been segregated into pharmaceuticals, chemicals, paints & coatings, textile, electronics, and others.

The global dimethylformamide market, by region, has been divided into North America, Latin America, Europe, Asia Pacific, and the Middle East & Africa.Recent Development


In the year 2021, Merck introduced Cyrene, a reliable dipolar aprotic solution, manufactured in two process steps from the source of renewable cellulose. It acknowledged the demand for solvents to face stringent regulation requirements for employee safety as well as environmental sustainability. The launch of a new product aims to increase the demand for greener alternatives to DMF and N-Methyl-2-pyrrolidone. In the year 2020, Huntsman International Limited Liability Company reveal their product spray from the polyurethane foam business to raise their investments in the product. And also, the ship named Ferry Stena Germanica was the very first to use methanol as a marine fuel, this is the major trend in the shift regards a trustworthy future and process of decarbonization.

What would be the CAGR for the dimethylformaldehide market during the forecast period of 2022-2030?

Which region would drive the dimethylformaldehide market growth?

The Asia Pacific market would take the market ahead at a faster pace than others.

What would influence the European dimethylformaldehide market growth?

Automotive and surface coating industries would trigger growth for the dimethylformaldehide market.

What would impact the Middle East & Africa market?

The market would be backed by the chemical & petrochemical industry.