Composable Infrastructure Market, By Cloud Type (Public, Private, Hybrid), By Type (Hardware, Software), By Organization Size (Large Enterprises, SMEs), By Vertical (IT and Telecommunication, BFSI, Government, Healthcare, Manufacturing and Others), By Region (North America, Europe, Asia-Pacific and the Rest of the world) - Industry Forecast till 2027 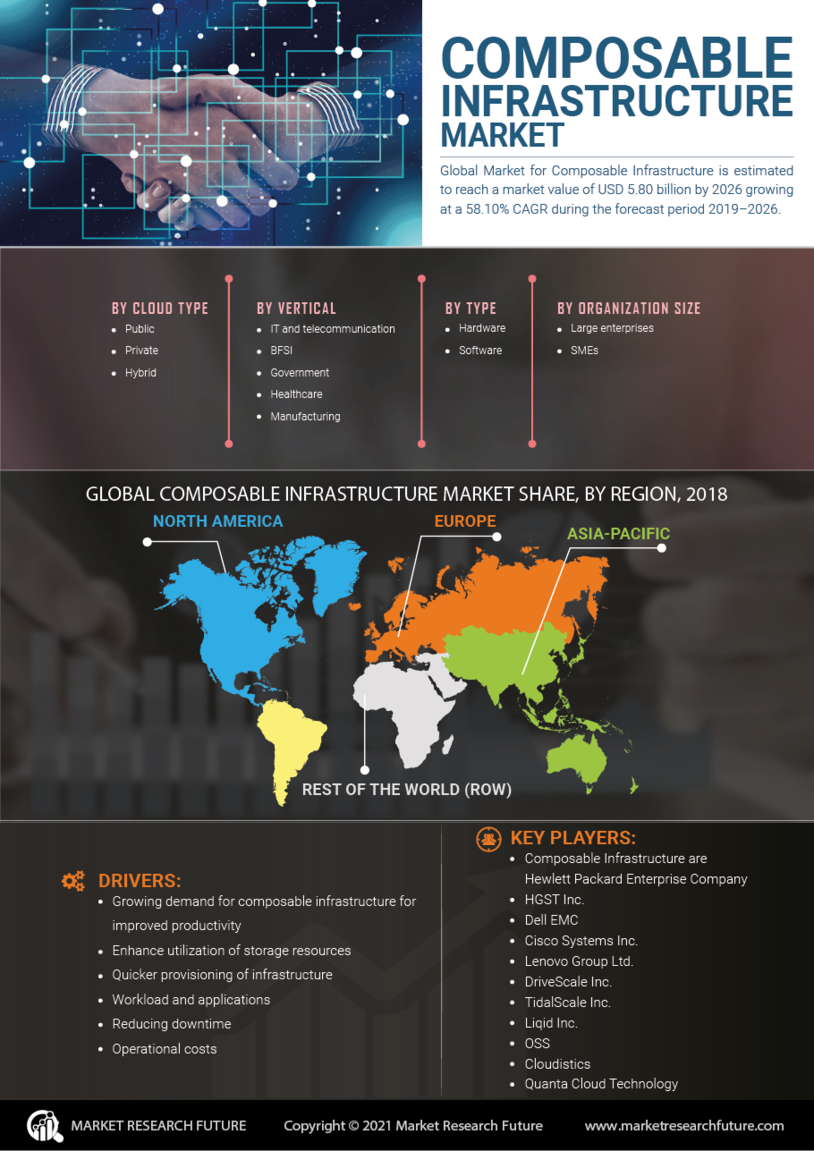 By Cloud Type, the market is segmented into public, private, and hybrid.

By Type, the market is segmented into hardware and software

By Organization Size, the market is segmented into large enterprises and SMEs.

By Vertical, the market is segmented into IT and telecommunication, BFSI, government, healthcare, manufacturing and others. 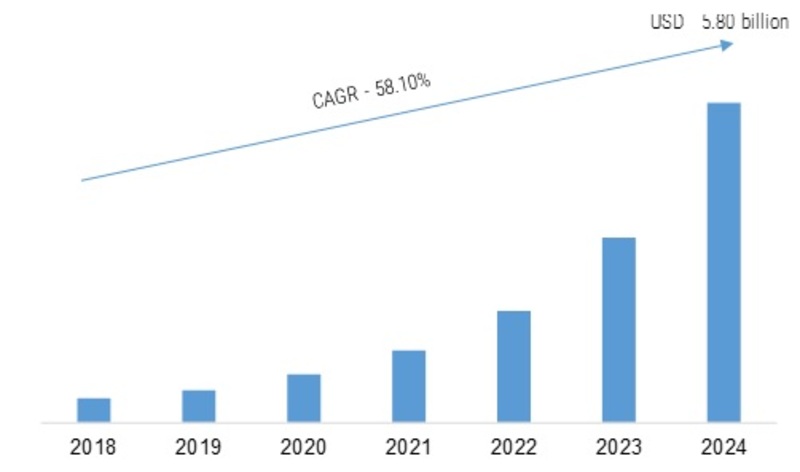 The market for global composable infrastructure is estimated to grow at a significant rate during the forecast period from 2019 to 2026. The geographical analysis of user activity monitoring market has been studied for North America (US, Canada, Mexico), Europe (UK, Germany, France, Spain, Italy, the rest of Europe),  Asia-Pacific (China, Japan, India, Singapore, Australia, the rest of Asia-Pacific) and the rest of the world (the Middle East and Africa and South America).

At present, North America holds the largest market share owing to the presence of key market players such as Hewlett Packard Enterprise Company, HGST Inc., Dell EMC, and Cisco Systems Inc., investing in development of composable infrastructure for data centers driving the market growth. Growing demand for enterprise applications and adoption of composable infrastructure for reduction in operational expenses among enterprises in the US, Canada, and Mexico also foster the market growth in this region.

Europe region accounted for the second-largest market share owing to growing adoption of composable infrastructure in countries such as the UK, Germany, France, Spain, Italy and other European countries. The adoption is dominated by IT and telecom industry in this region and the growth rate is expected to be higher in the BFSI sector in Europe.

Asia-Pacific region accounted for the third-largest market share and is expected to attain the highest growth due to growing number of data centers opting composable infrastructure in China, Japan, India, Singapore, Australia and other Asian countries.

The Middle East and Africa region is expected to achieve substantial growth and presents numerous opportunities for key market players to invest in this technology.


The prominent players keep innovating and investing in research and development to present a cost-effective product portfolio. There has been recent mergers and acquisitions among the key players, a strategy the business entities leverage to strengthen their reach to the customers.

What is supposed to be the growth rate of the composable infrastructure market?

The composable infrastructure market is supposed to augment at 58.10% CAGR.

By 2026, what valuation is the composable infrastructure market expected to reach?

The composable infrastructure market is expected to attain a valuation of USD 5.8 Bn by 2024.

What are the segments of the composable infrastructure market based on vertical?

The segments of the composable infrastructure market based on vertical are IT and telecommunication, healthcare, government, manufacturing, BFSI, and others.

What are the type based segments of the composable infrastructure market?

The type based segments of the composable infrastructure market are hardware and software.

Name a few of the prominent players of the market.

Composable Infrastructure Market To Expand By Delivering On Reduction In Downtime