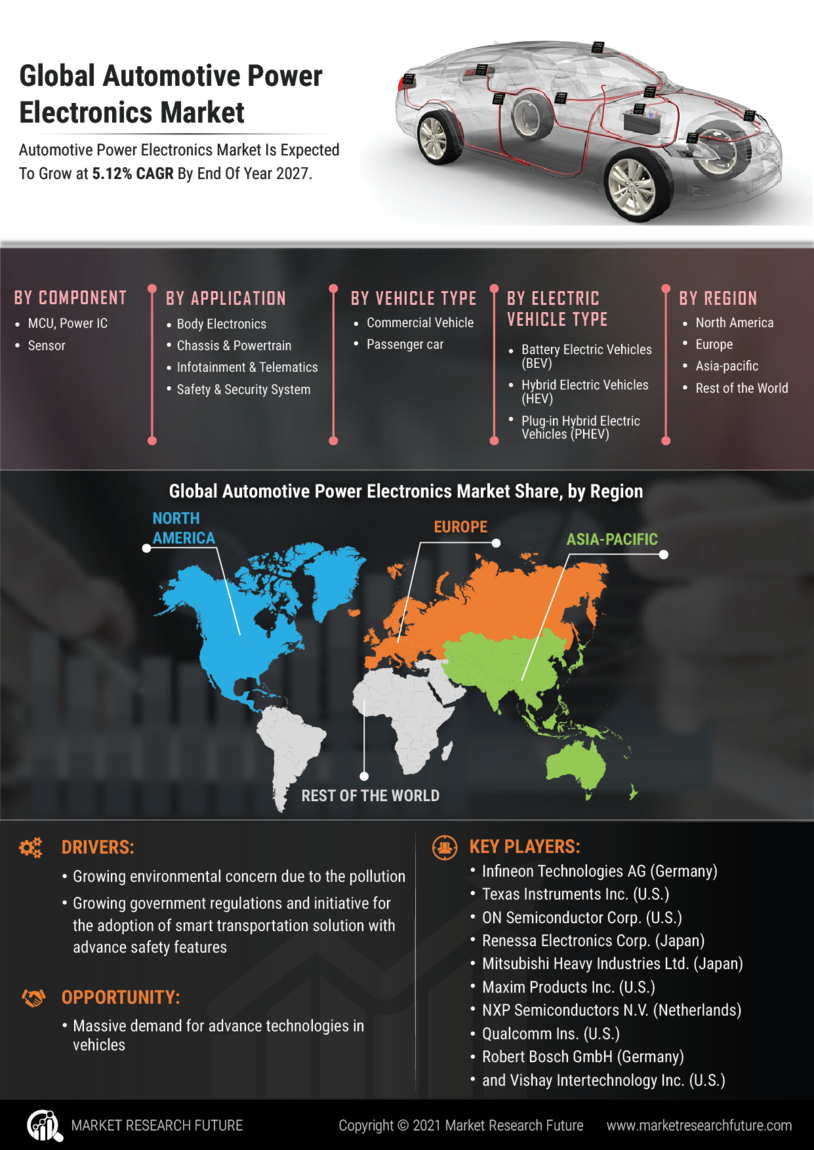 The growing demand for electric vehicles have resulted in the increase use of power electronics, which will drive the market in the future. The market is expected to reach USD 5.5 billion by 2023, at a CAGR of 5.12% during 2022 to 2030.

On the basis of region, the market is segmented as North America, Asia Pacific, Europe, and Rest of the World. North America region is expected to dominate the power electronics in automotive market because in North America, U.S. has spent the highest in the battery operated electric vehicle. Asia Pacific is expected to have the highest market share during the forecast period due to increased adoption of advance technology in electric vehicles. This will result in growing demand of power electronics, which is expected to result in the growth of the market during the forecast period. In Europe, countries such as U.K., Germany, France, and Italy have made considerable effort for the development of technology in automotive industry. This development in technology has resulted in the growth of the market during the forecast period.

The report for Global Automotive Power Electronics Market of Market Research Future comprises of extensive primary research along with the detailed analysis of qualitative as well as quantitative aspects by various industry experts, key opinion leaders to gain the deeper insight of the market and industry performance. The report gives the clear picture of current market scenario which includes historical and projected market size in terms of value and volume, technological advancement, macro economical and governing factors in the market. The report provides details information and strategies of the top key players in the industry. The report also gives a broad study of the different market segments and regions.

At what rate is the market expansion poised to take place?

The market expansion can take place at a rate of 5.12%.

What are the top growth boosting factors in the market?

The top growth boosting factors in the market are massive demand for advance technologies in vehicles, mounting environment concern that has boosted the use of electric vehicles as well as te rising safety of the electronics control panel in vehicles.

Who are the significant players in the market?

How has the market performed in recent years?

The global market for automotive power electronics has demonstrated potential growth in recent years and can expand at the same rate during the forecast timeframe.

What are the application-wise segments in the market?