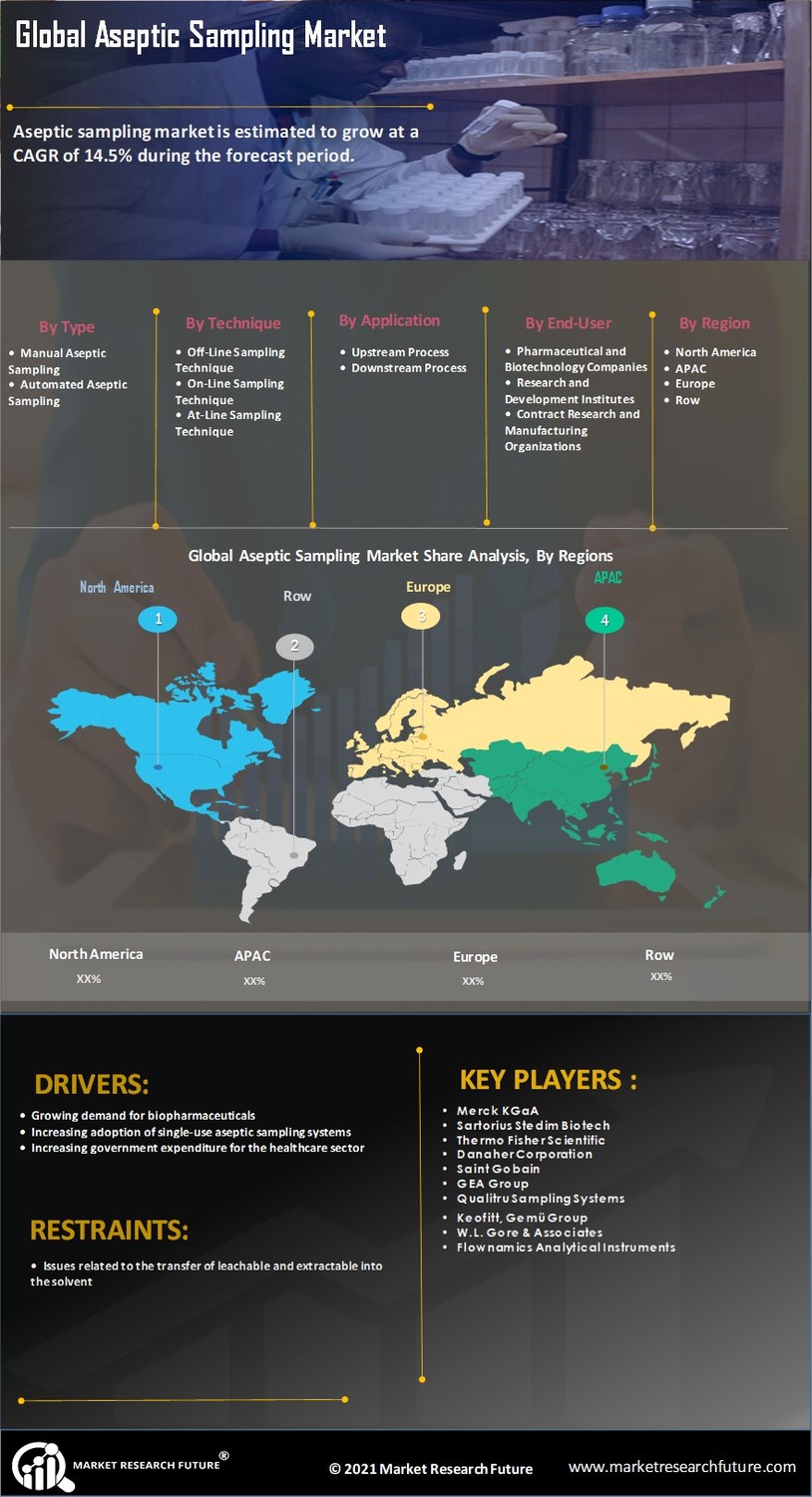 The aseptic sampling market has been segmented into type, technique, application, and end-user.

On the basis of end-user, the aseptic sampling market has been segmented into pharmaceutical and biotechnology companies, research and development institutes, and contract research and manufacturing organizations. 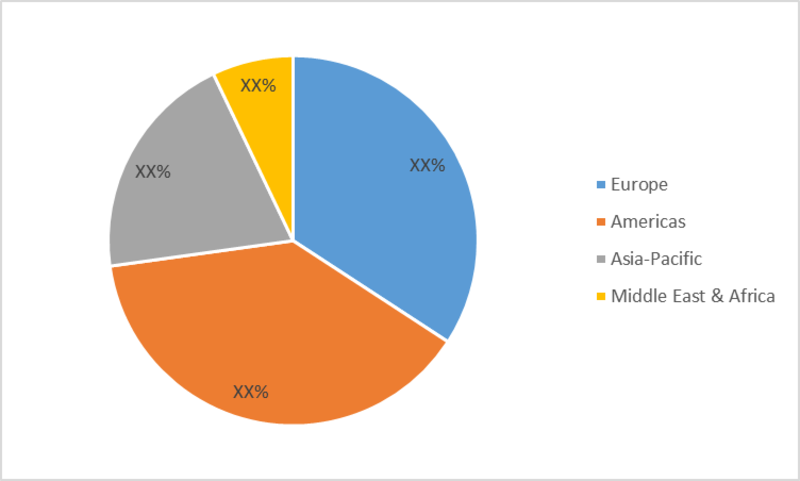 Geographically, Europe is anticipated to dominate the aseptic sampling market. The market growth in this region is attributed to increasing R&D activities and the growing biopharmaceutical sector.

Moreover, governments in several European countries are supporting pharmaceutical companies to launch new biopharmaceutical products. This factor is expected to contribute to the growth of the market. According to the Office for National Statistics, the gross domestic expenditure on Research and Development (R&D) was EUR 33.1 billion (USD 35.2 billion) in 2016.

The Americas is expected to be the second largest market in aseptic sampling owing to the stringent government regulations on safety and quality of pharmaceutical products and the presence of a well-established healthcare system. Additionally, increasing government expenditure for the healthcare sector is anticipated to contribute to the market growth in this region. According to the Centers for Disease Control and Prevention, the total national health expenditure was USD 3.2 trillion in 2015.

Asia-Pacific is anticipated to be the fastest growing market owing to the growing developments in healthcare infrastructure, increasing number of regional expansions by multinational biopharmaceutical companies, and increasing government expenditure for the healthcare sector.

The Middle East and Africa is anticipated to account for the lowest market share in the aseptic sampling market due to low development, lack of technical knowledge, and poor medical facilities in developing economies in this region.


Merck revealed its ambitions to build a new biotech development site in Switzerland in 2020. The facility will focus on biotech drug development and clinical trial manufacturing. For this goal, the corporation will invest USD 282.5 million. Thermo Fisher Scientific announced a USD 475 million investment in new capabilities and capacities in 2020 to meet the growing need for biologics, cell and gene treatments, and pharma products. This investment, combined with those made in 2019, brings the overall investment in the company's pharma services sector to around USD 800 million over two years. Pall Corporation (US) and University College London (UCL) inked a collaboration agreement in 2018. (UK). The goal of this collaboration was to create the UCL-Pall Biotech Centre of Excellence (CoE).

With what growth rate, the Aseptic Sampling Market is planning to move forward during the forecast period of 2022-2030?

What factors would trigger growth for the Aseptic Sampling Market?

Factors like need from biopharmaceuticals, reduction in risk, and increasing intake of single-use aseptic sampling systems would ensure growth for the Aseptic Sampling Market.

Which drivers would hold back the expected growth of the Aseptic Sampling Market?

Contamination probability of aseptic sampling can prevent the market from having regular growth.

Which end users are going to profit from the Aseptic Sampling Market?

Which region would enjoy the upper hand in the global Aseptic Sampling Market?

Europe would enjoy an upper hand in the global Aseptic Sampling Market.

Aseptic Sampling Market To Observe An Incremental 14.5% CAGR By 2023