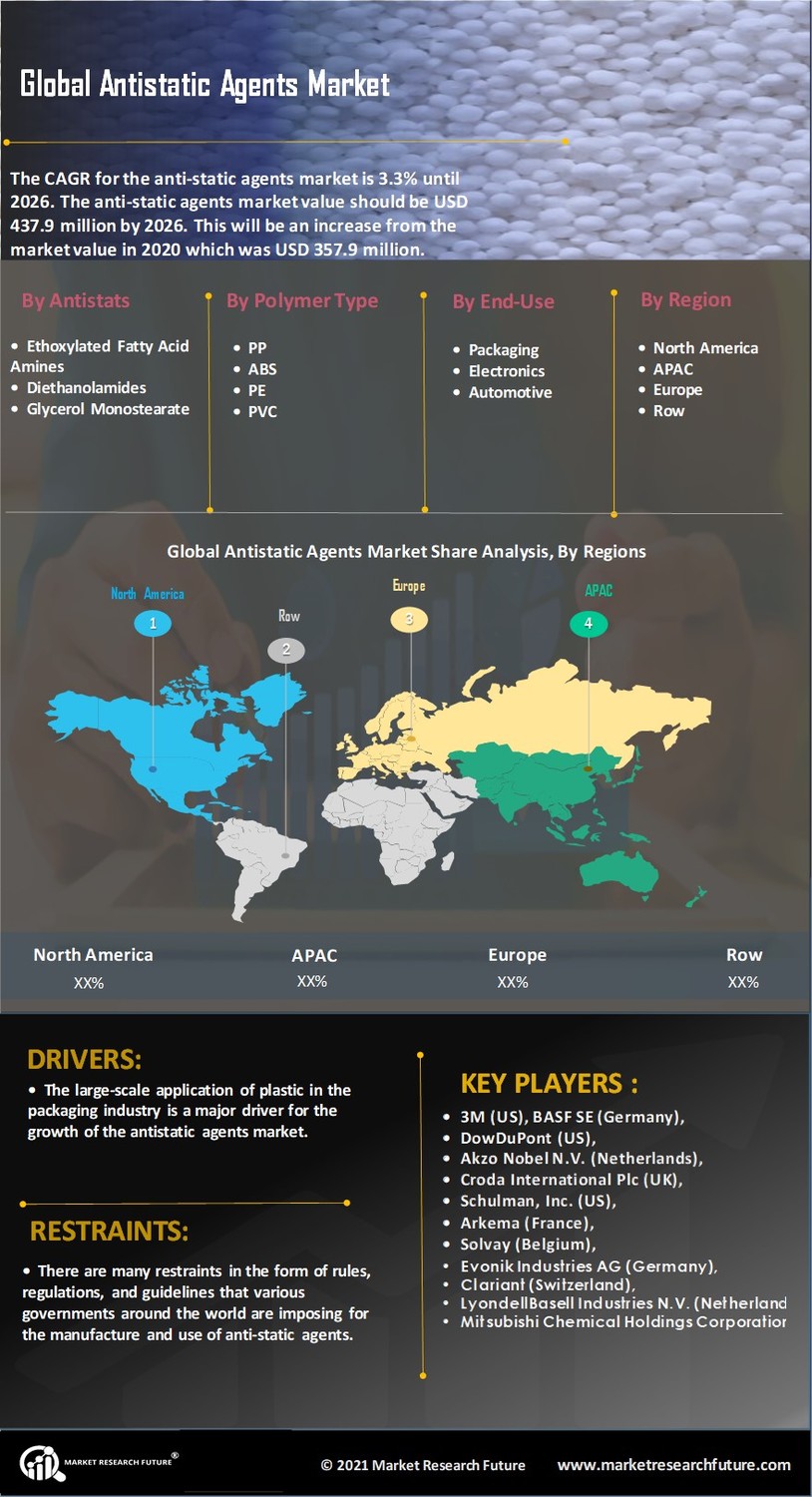 Anti-static agents are substances that are mixed in with polymers. They prevent these polymers from generating static electricity. They also make these plastics less likely to melt from electrical heat energy or generate electrical energy themselves.

Plastics often experience static electricity. This can cause problems handling the plastics when they are being transported and stored. Increased static electricity also attracts dust. This is the last thing that the polymers need to function optimally. Plastics that don’t have anti-static agents mixed into them can cause severe cases of static shock for the customers who handle the products that they’re made out of.

COVID-19 wreaked global havoc beginning last year. It’s still a global scourge. Many governments realized that it was a dangerous virus. That’s why they sought to contain its spread with imposed quarantines and lockdowns. These were temporary since they had limited effect.

Many industries and markets suffered because they were forced to either scale back production or temporarily halt production thanks to the quarantines and lockdowns. The anti-static agents market was no exception. Companies that made anti-static agents found that the raw materials were hard to come by since few companies were producing them. The few raw materials that they could procure were very expensive. This increased their overall production costs and raised the end price of these units.

The vast majority of industries use plastics in their daily operations. This is driving global demand for anti-static agents. The global packaging industry especially uses plastics that have anti-static agents incorporated into them. This is another big driver of global growth.

Plastic is light, it doesn’t melt or corrode easily, and it can be easily recycled. That’s why many industries are choosing to use it in the products that they make.

Many companies are enticed by the moderate CAGR of the anti-static agents market. They are also enticed by the fact that it’s potentially lucrative. That’s why they’re spending billions on research and development to come up with better products that are more effective at dispelling static electricity. They also want to make sure that these agents decompose easily when disposed of. Of course, it’s important to these manufacturers that these agents are not easily combustible.

There are many restraints in the form of rules, regulations, and guidelines that various governments around the world are imposing for the manufacture and use of anti-static agents. These pertain to the packaging that’s used for food and drinks. This food and drinks can’t touch the plastic packaging directly.

Most plastics still take decades to decompose. They can also leach dangerous chemicals and substances into the ground and groundwater as they decompose. This can be deadly for wildlife and humans and dangerous for the environment. Many companies are rising to this challenge by developing plastics that decompose easily without harming the environment, humans, or wildlife.

3M is a major American company in the global anti-static market. It has managed to retain a superior market position through extensive research and development. This has allowed it to develop a new generation of anti-static agents that are safer around humans and wildlife and decompose into the environment once disposed of without leaching any chemicals or other harmful substances. This allowed it to create a sustainable competitive advantage and it allowed it to justify charging more for the anti-static agents.

The global anti-static agents market is comprised of the antistats sub-segment. This sub-segment can be further separated into:

The global anti-static agents market is comprised of the polymer type sub-segment. This can be separated into:

By end use industry

The global anti-static agents market is comprised of the end-use industry sub-segment. This can be further divided into

The global anti-static agents market can be divided into the following regions:

What is also another contributing factor is the fact that the middle classes are growing rapidly in both India and China. These middle classes are much richer than their parents were. They demand to buy goods that are packaged in safer packaging which is environmentally friendly.

Also, the automobile market is starting to take off in the Asia-Pacific region. What is accounting for this is the fact that the middle classes and other classes in India and China are clamoring for better cars. This is increasing the demand for anti-static agents.

Consumer goods include electronics. Electronics devices have historically relied heavily on anti-static agents to operate well. The demand for consumer electronics is going through the roof in India, China, and Japan. What accounts for this are rapid industrialization and economic growth.

The North American region had the second-largest anti-static agents market share in 2017. This is still the case. What accounted for this was and is the fact that demand for cars is starting to pick up now that the economy is growing at a respectable pace. The North American region has a robust electronics, military, and aerospace industry. This is especially true in America. As the American government and private enterprises invest more in these industries, demand for plastics that have anti-static agents incorporated into them is picking up.

The nations with the strongest and fastest-growing economies in the Latin American region are Argentina, Brazil, and Chile. These nations are largely responsible for the high regional anti-static agents market growth.

The textiles and automotive industries are growing fast in the Middle East and African region. This is expected to drive respectable regional growth in the anti-static agents market.

The anti-static agents market is very competitive. What accounts for this is the fact that it has a respectable CAGR, it is fairly lucrative, and there are few barriers to entry. Companies are finding that they must do one or more of the following to remain competitive:


Companies broaden their horizons and create a sustainable competitive advantage when they engage in these three activities. They can develop and market a new generation of superior products that are safer for humans and animals and gentle on the environment. Incidentally, this also allows them to justify charging more for these goods.

3M is a major American company that has survived and excelled because it invested heavily in research and development. This allowed it to produce a new generation of products that allowed it to stay competitive in ways that were unique and could not be easily repeated.

The CAGR for the anti-static market is above 3%. The market is growing rapidly since the majority of industries use this substance. The Asia-Pacific region has the highest anti-static agents market share

What are antistatic agents, their types, and applications?

Which are the major end-use industries of antistatic agents?

Packaging, electronics, and automotive are the major end-use industries of antistatic agents.

What are the key driving forces behind the growth of the global antistatic agent market?

Widespread use of plastics across the industries.

Which region holds the largest share in the global antistatic agent market?

Who are the top players in the global antistatic agent market?

Antistatic agent Market Bonded to a Striking Growth by 2022