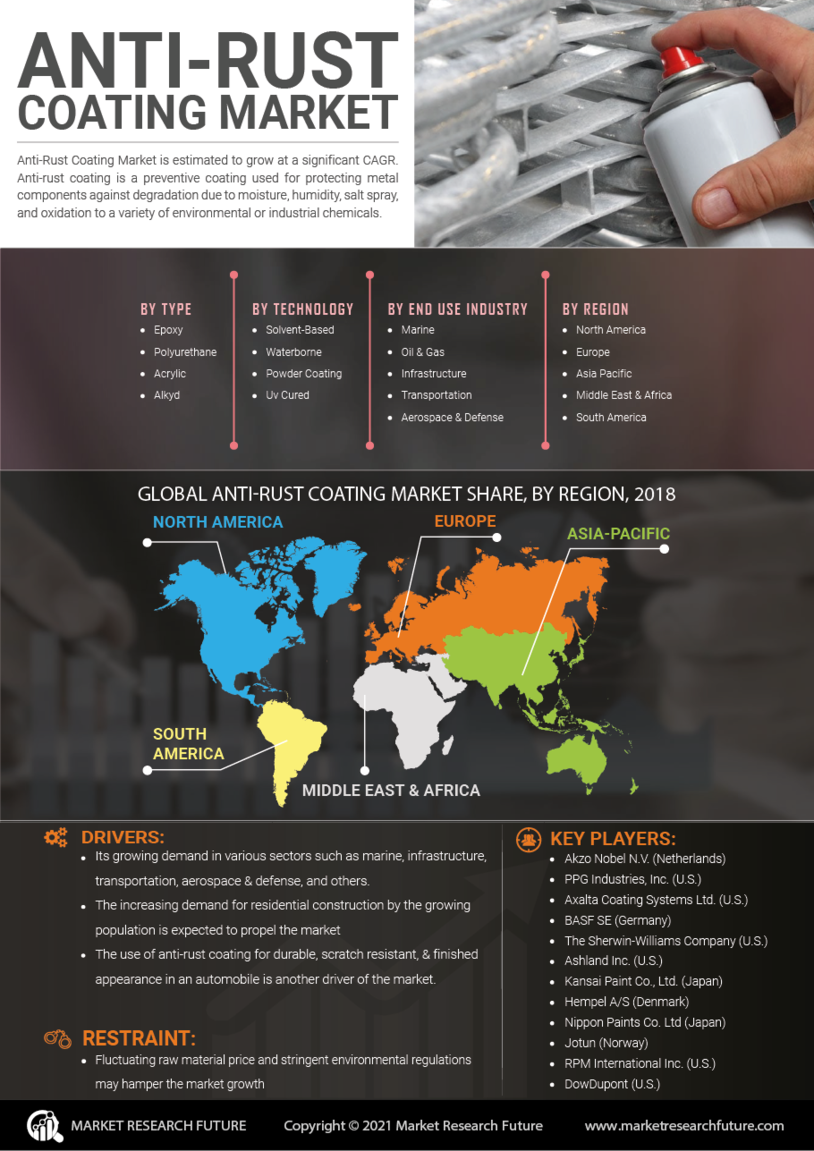 The global anti-rust coating market growth is expected to witness profitable opportunities during the forecast period, owing to an increase in demand for steel in the construction & automotive industry. In addition, an increase in offshore growth, a growing marine industry in Asia-Pacific and North America, and infrastructure upgrading across different regions boost the global demand for anti-corrosion coating during the forecasted period. However, the risks also led to increased government regulations that restrain the growth of anti-corrosion coatings. The ongoing research and development to produce bio-based anti-corrosion coatings are expected to provide lucrative growth opportunities.

Anti-Rust Coating Market is expected to witness healthy growth during the forecast period (2017-2023). Anti-rust coating is a preventive coating used for protecting metal components against degradation due to moisture, humidity, salt spray, and oxidation to a variety of environmental or industrial chemicals. Anti-rust coating inhibits the contact between chemical compounds or corrosive materials. 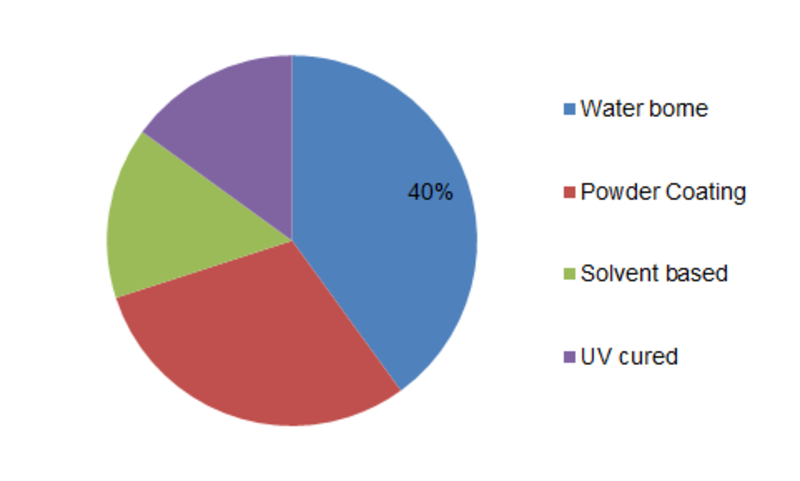 The Asia Pacific is the leading region in the global anti-rust coating due to the increasing demand from end-use industries such as infrastructure, automotive, and transportation. Developing countries such as China, India, Japan, and Indonesia are expected to fuel the market growth on account of modernization of infrastructure, growing demand from end-use industries coupled with growing population. China is the largest market in the regional market, terms of value due to its rapidly growing building and construction industry in this region. China is followed by India, Japan, Thailand, Vietnam, and others due to the huge demand for the product in shipbuilding, marine, infrastructure, and automotive, sectors.

Latin America is expected to showcase positive growth owing to the increasing industrial activities in the marine and oil & gas industries, especially for on & offshore drilling machinery and the presence of a large number of oil deposits in Brazil and Venezuela.

The U.S. is the major contributor to the anti-rust coating market due to its expanding applications in the automotive industries in the North American region.

The Middle East & Africa is projected to witness a considerable market growth on account of the presence of abundant oil & gas reserves and petrochemical resources during the forecast period.

Europe is expected to experience slow growth owing to the stringent environmental regulations. For instance, under Directive 2004/42/CE of the European Parliament on the limitation of emissions of volatile organic compounds due to the use of organic solvents in certain paints and varnishes and vehicle refinishing products. These regulations are cited as European Union (Paints, Varnishes, Vehicle Refinishing Products and Activities) Regulations 2012. Nevertheless, Eastern Europe wherein Russia is the only driver of the anti-rust coating market due to the growing demand from industrial, decorative, and others applications.Recent Development

Which region has the chance to dominate the anti-rust coating market?

The Asia Pacific market would lead the charge for the anti-rust coating market.

Which end user industry would make the most profit from the anti-rust coating market?

What reasons can prevent the anti-rust coating market from achieving normal growth?

Who all are going to initiate change in the anti-rust coating market?

What strategies the market players wish to adopt in transforming the anti-rust coating market?

The effective measures would be acquisition, bio-friendly product launch, collaboration, better innovation, merger, brand positioning, a surge in R&D investment, and others. These would help players to lead the market ahead.