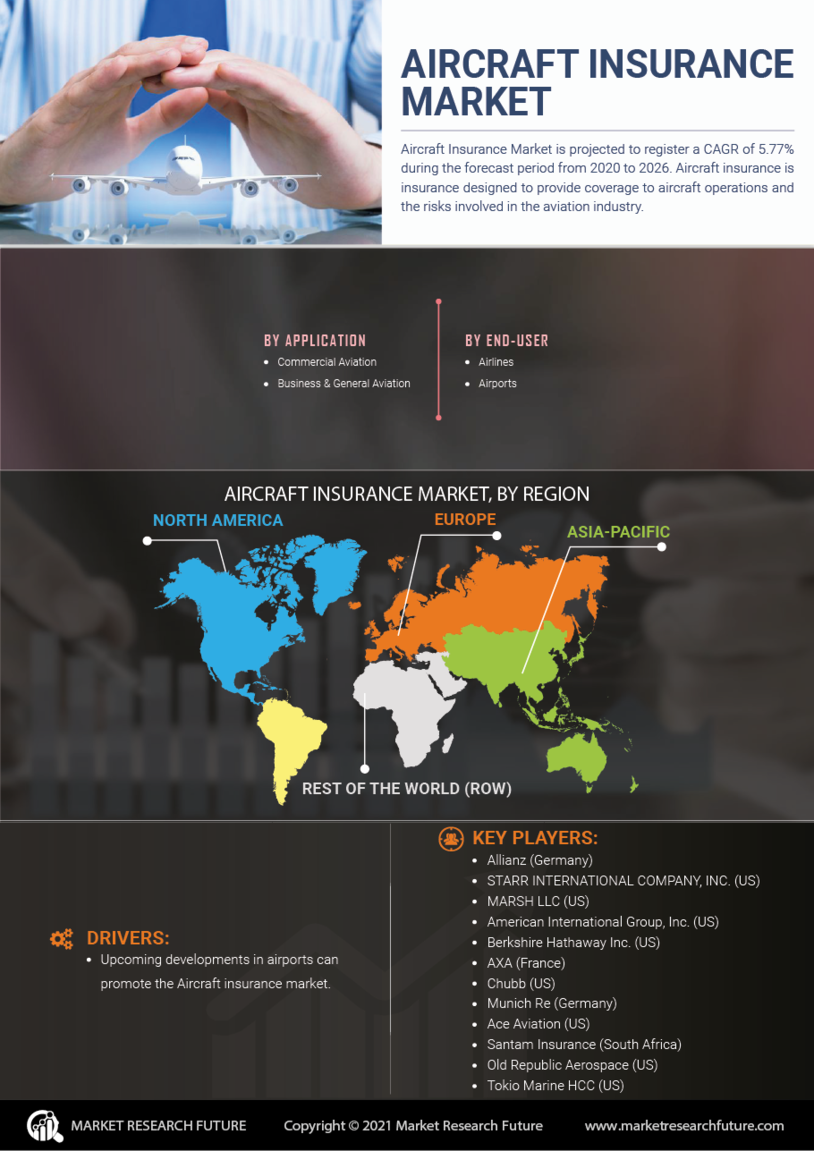 Aircraft insurance market is projected to be worth USD 16.8 billion by 2030 at a CAGR of 2.78% by 2020-2030.The aviation industry is vulnerable to various dangers and risks, particularly concerning the technical operations of aircraft and the associated risks.. Aviation insurance is a specialty insurance created to protect against both the specific uses of an aircraft and other aviation-related risks. Losses brought on by hazards like property damage, cargo loss, or personal injury are covered by aviation insurance. Furthermore, guards against financial losses brought on by aviation hazards such as damage to property, loss of cargo, destruction of goods, and personal injury. It guards against unforeseen losses for both aircraft owners and operators. The development of the aviation industry in the developing world facilitates the expansion of the market.

Due to the cancellation of numerous commercial and private flights due to the COVID-19 outbreak, the business had numerous challenges. Therefore, this flight cancellation directly affects the market income. Additionally, when many enterprises and entire nations were shut down due to the epidemic, there was a fall in the market for aircraft insurance. But as the need for cargo flights has grown significantly, so needs airplane insurance. Thus, the COVID-19 health crisis has moderately impacted the size of the Industry.

Aviation insurance providers bill aircraft owners at predetermined intervals for a predetermined premium based on the size of operations, air traffic data, and the number of airlines using the airport's services. Depending on each customer's specific needs, various aviation insurance plans offer various options. Additionally, specialized insurance is readily available to shield airport owners from a potential legal liability resulting from the operation of hangars or the sale of special aviation equipment. This kind of insurance differs in many ways compared to other forms of transportation insurance. These factors are anticipated to fuel the Aircraft Insurance Market expansion.


People traveling by plane has increased significantly over the last ten years. Most of this may be ascribed to two important factors: the aviation industry's steady growth and the constantly expanding ranks of middle-class air travelers. In its annual Commercial Market Outlook (CMO) report published in April 2021, one of the world's greatest aerospace and military corporations, the Boeing Company, predicted that over the next 20 years, demand for new jet aircraft will increase to over 2,200 India alone. The company attributed this demand to the country's rising middle-income segment and strong aviation expansion. According to the aircraft insurance market report, passenger traffic is anticipated to expand faster than the global average and nearly double in comparison to pre-epidemic levels by 2030, notwithstanding the short-term difficulties caused by the pandemic.


The aviation sector has made considerable strides in the past ten years, from technological innovations to flexible methods of building airplanes and inventories of aircraft parts. The expense of maintaining and repairing contemporary aircraft has dramatically grown, even though they are lighter and more efficient, thanks to technical advances in aviation. Engine compressors cast as a single unit, complete with blades, are standard equipment on more recent aircraft. As a result, any irreparable damage to any portion of the device necessitates its replacement, which is far more expensive. Additionally, the composite materials utilized in more recent aircraft engines typically cost more than the conventional ones they are replacing.


Due to the introduction of automation and technological breakthroughs, aviation has been more secure than ever over the past years. But there is a price to pay for this increased safety. Despite a decline in accident frequency, the ones that do happen are typically more expensive than before. The cost of insurance claims often rises due to the litigiousness of insurance claimants, which is on the rise. A second factor in the much higher maintenance and repair costs is the increased usage of composite materials in the aircraft structure

Based on application, the market is divided into commercial and, business & general aviation. The commercial aviation segment had a prominent share in 2021. Due to the increased development of commercial aircraft to accommodate the increasing air passenger traffic, the sub-segment led the market for aircraft insurance. 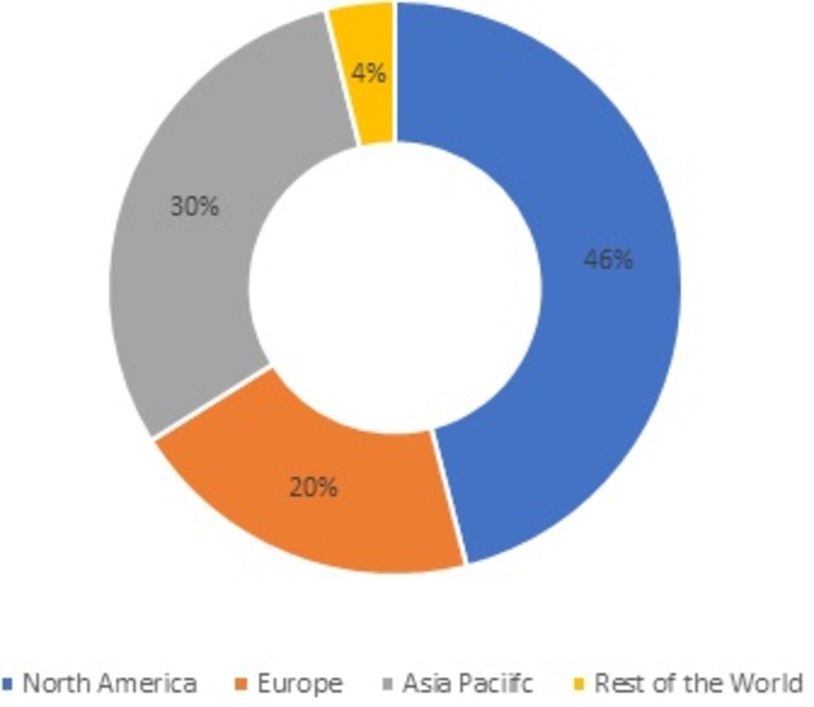 By region, the aircraft insurance market has been divided into North America, Europe, Asia-Pacific, and the Rest of the World. Asia-Pacific accounted for the most extensive market share. North America is projected to exhibit the highest CAGR during the review period.

Asia Pacific was the most extensive market share in 2021. The culture of domestic air travel is drastically changing in developing countries like China and India, which is helping the Asia-Pacific the market to grow overall. Opening new air routes and deploying next-generation aircraft are also contributing to the market's expansion. The Asia-Pacific market's revenue growth is primarily related to the region's successful industrial development, significant government investments in infrastructure development projects, and strict laws governing air travel safety.

North America was anticipated to encounter the fastest aircraft insurance market growth rate in 2021. The market was growing due to the recent rise in air passenger traffic. The aviation sector in North America is developed and has several aircraft OEMs. Due to increased government R&D spending and purchases of cutting-edge fighter planes, helicopters, transport, and training aircraft from local suppliers, the defence sector has principally benefited.

To identify and infer the drivers, restraints, opportunities, and challenges.

What is the study period of the aircraft insurance market report?

What is the aircraft insurance market Growth rate?

The Aircraft Insurance Industry is expected to register a CAGR of ~2.78% over the next 10 years, according to the aircraft insurance market research.

Which region has the largest share in the market?

What is the expected aircraft insurance market size by 2030?

The Aircraft Insurance Market size is expected to be USD 16.8 billion by 2030.