The potential of smart roads is enormous. These roads are designed not only to keep us safe by identifying the route of the vehicle along with the road condition to regulate the speed of the vehicles. These roads implement warning systems and also transmit real-time data to share information across the wireless network, making it simpler and quicker to get around, to find parking, to commute effectively with other vehicles. The market is segmented into technology, sensors, deployment, and region.

Smart roads include deployment of various sensors for the safety, security, and communication purposes. These technologies are designed to help the drivers and riders with safe journey until their destination arrived. Growing urbanization and need for safe roads are some of the major driving factors behind the growth of the smart roads market. Among regions, North America is expected to lead the smart roads market during the forecast period 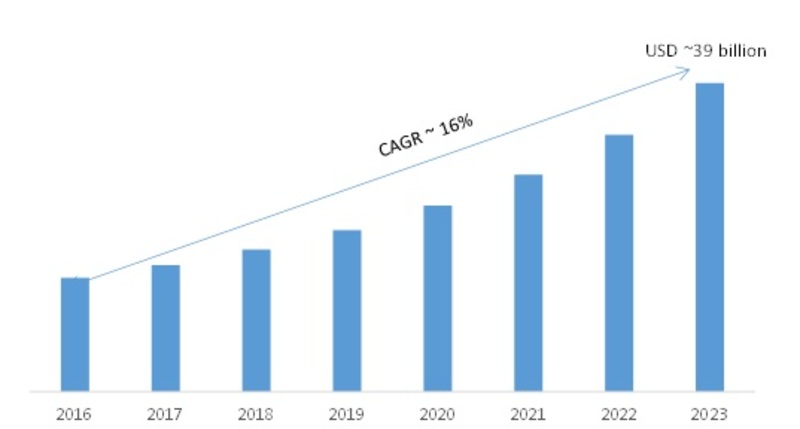 North America is the leading region in global smart roads market. Industrialization and various investment of the local and central government bodies in the North American region and the presence of technologically advanced countries such as the U.S. and Canada are providing enterprises with a competitive advantage over other regions. Europe, on the other hand, holds the second largest share of the global smart roads market. This stronghold over the market is due to the presence of several developed countries such as Germany, France, Italy, the U.K. and the Netherlands in the region.

On the other hand, Asia Pacific region is expected to emerge as the fastest growing market among all the regions during the forecast period. The market is majorly driven by the various initiative of the government of Asian countries such as China, Japan, and India. Additionally, China and India are one of the largest potential markets where the enterprises are willing to make investment leading to heavy demand for smart road components. In the last ten years, the government of these countries has announced a various collaboration with the multinational companies for upgrading their current infrastructure, which includes roads as well. The companies are working closely with the local bodies of the government for the development and up-gradation of the instructor.