Naval Combat Vessels Market is estimated to witness a CAGR of 4% by 2023 :

Combat vessels are an important part of warfare ships that are built for battle on the water surface and are designed for applications such as war fight with submarines or aircraft and can execute other missions related to counter-narcotics operations and maritime interdiction operations (MIO).  The increased need for modernization of naval combat systems has led to the increasing demand for the development of naval combat vessels. The increased focus on technology advancement of Unmanned Underwater Vehicles (UUVs) will enable manufacturers to offer new growth opportunities to the market players. For instance, Lockheed Martin signed a contract with U.S. Navy to design the largest unmanned underwater drone, the Orca. However, there are some shortcomings, such as difficulty in integration, which will restrain the growth of this market. The market for naval combat vessels is estimated to witness a CAGR of 4% during the forecast period. 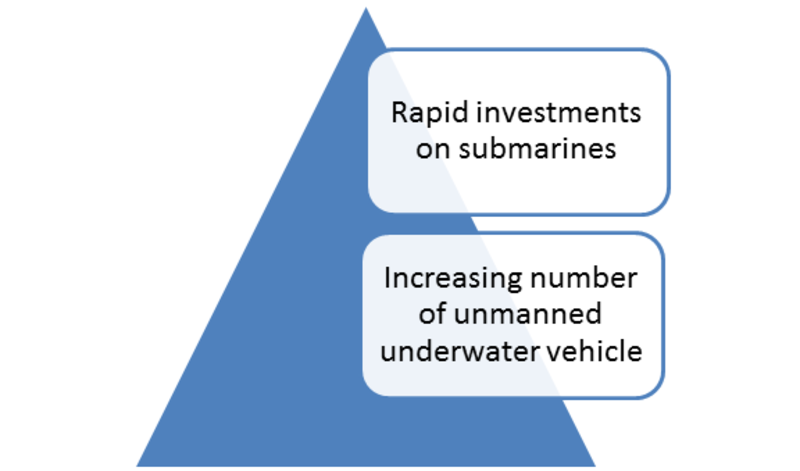 The scope of the Report

This study provides an overview of the Global Naval Combat Vessels, tracking two market segments across five geographic regions. The report studies key players, providing a five-year annual trend analysis that highlights market size, volume, and share for North America, Europe, Asia Pacific (APAC), Middle East & Africa and Latin America. The report also provides a forecast, focusing on the market opportunities for the next five years for each region. The scope of the study segments the global Naval Combat Vessels by its vessel type, mode of propulsion, and region.

By Vessel Type
By Mode of Propulsion
By Region