Of late, there has been a high demand for the personal protective equipment (PPE) by the military troops and the paramilitary forces. It is expected that the increasing investments in such protective systems would provide numerous opportunities for the market players, in the forthcoming years. The personal protection equipment (PPE) includes body armor, helmets, and protective eyewear systems, which protect the armed troops and paramilitary forces from the bullets, laser strikes, and mines. Traditionally, only the soldiers had the license to use the PPE but with the growing insurgent and extremist attacks/threats, there has been a considerable rise in their use by the paramilitary forces and the law enforcement officials, to protect themselves from any injury. Due to the increasing threats of attacks through mines, bombs, and NBC or radiological agents by the extremist and terrorist forces, there have been high investments on the development of protective eyewear systems for the military, paramilitary, and police forces. 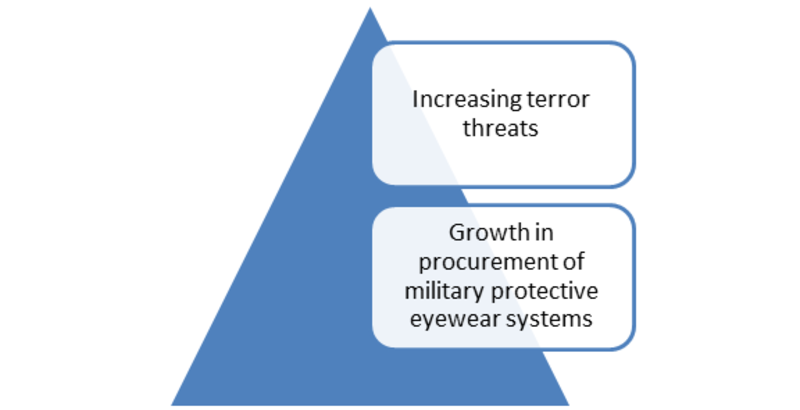