Military Parachute Market is estimated to register a CAGR of more than 7% during the forecast period of 2018 to 2023 :

Market Highlights
The global military parachute market has been segmented on the basis of type, component, application, and region.

Based on application, the market has been categorized as combat and training. In 2017, the combat segment accounted for the larger market share. However, training is estimated to be the faster-growing during the forecast period. An increase in the number of military training across the globe is propelling the growth of the segment.

In 2017, North America accounted for the largest market share, whereas, Asia-Pacific is projected to be the fastest-growing regional market during the review period. 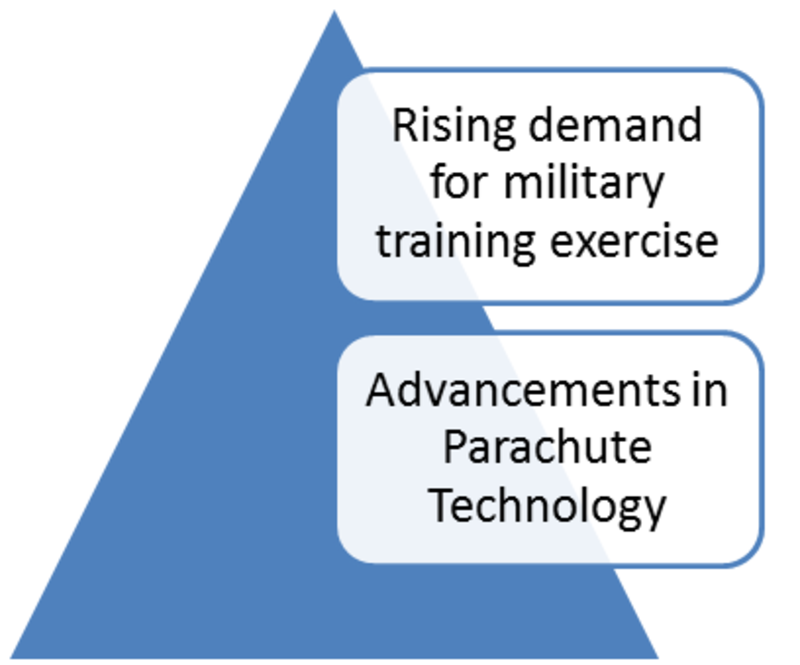