Asia-Pacific Emerged to Be the Fastest-Growing Market for Military Communication during the Review Period :

In Europe With various active satellite R&D programs and production sites across multiple European countries, Europe has the world's second-largest public space budget. The rise of the small satellite business in Europe is being fueled by increased funds for the R&D of novel satellite-based products and services, which, in turn, is also projected to drive the communication satellite business for defense. The Military Communication Market is also rising due to the increased need for low-cost miniature satellites for various applications. Small satellite constellations are becoming more popular in Europe, with numerous planned launches throughout the projected period.

In Asia-Pacific  China and India, the world's two emerging economic giants, are increasing their military spending on a consistent basis, adding to global military spending rise. In addition, joint military exercises are becoming more common in the Asia-Pacific. These initiatives are presenting significant prospects for the defense satellite communication market.

Latin American countries are aiming to modernize military equipment in order to bolster their military forces. Long-standing border disputes, illicit weapons, and cross-border drug trafficking are just a few of the key reasons for governments to enhance their border security defense budget where communication system play a vital role. 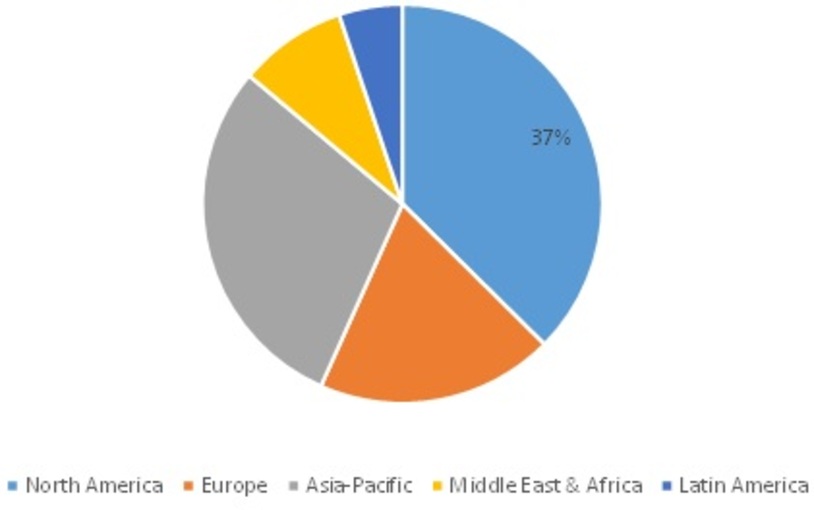 The COVID-19 epidemic, as well as the resulting travel restrictions and lockdowns, has disrupted the supply chains of a number of markets including military communication market. However, in the second half of the year, players changed their operations in reaction to the pandemic, reducing the pandemic's influence on the market. Moreover, manufacturers and developers are companies that design military communication systems that meet the quality standard set by regulatory agencies. The manufacturing and development of military communications systems require significant investment in research and development. The pandemic has affected the scale of imports, necessary for the growth of the market, which, in turn, has adversely affected production.

The global Military Communication market has been segmented on the basis of type, application and platform, and region.

The global Military Communication market, based on application has been segmented into command & control, situational awareness, routine operations, and others.

On the basis of platform, the market has been studied across airborne, ground-based, and naval segments.