Military Antenna Market is estimated to register at a CAGR of 6% during the forecast period 2017 - 2023 :

Market Highlights:
The global military antenna market has been segmented on the basis of type, frequency, application, end user, and region.

By type, the market has been classified as dipole, monopole, array, and others.  The dipole segment accounted for the larger market share while the array segment is projected to register the higher CAGR during the review period. The growth of the array segment can be attributed to the rise in demand for advanced military surveillance systems. This will boost the demand for the array antenna segment as they are used in advanced military surveillance systems.

Based on application, the market has been divided into surveillance, electronic warfare, navigation, and communication. The communication segment accounted for the largest market share in 2017. Meanwhile, in military missions, constant surveillance is required to ensure safety and enhance situational awareness, and antenna forms a vital part in this. Hence, the surveillance segment of global military antenna market is likely to witness the highest CAGR.

Based on end user, the market has been categorized as airborne, marine, and ground. The ground segment is expected to hold the largest market share, whereas the airborne segment is projected to be the fastest-growing during the forecast period. With a rise in the number of military aircraft, the frequency of aircraft or flight movements is also rising, which is expected to result in a rise in the demand for the global military antenna market.

In 2017, North America accounted for the largest market share, whereas, Asia-Pacific is projected to be the fastest-growing regional market during the review period. 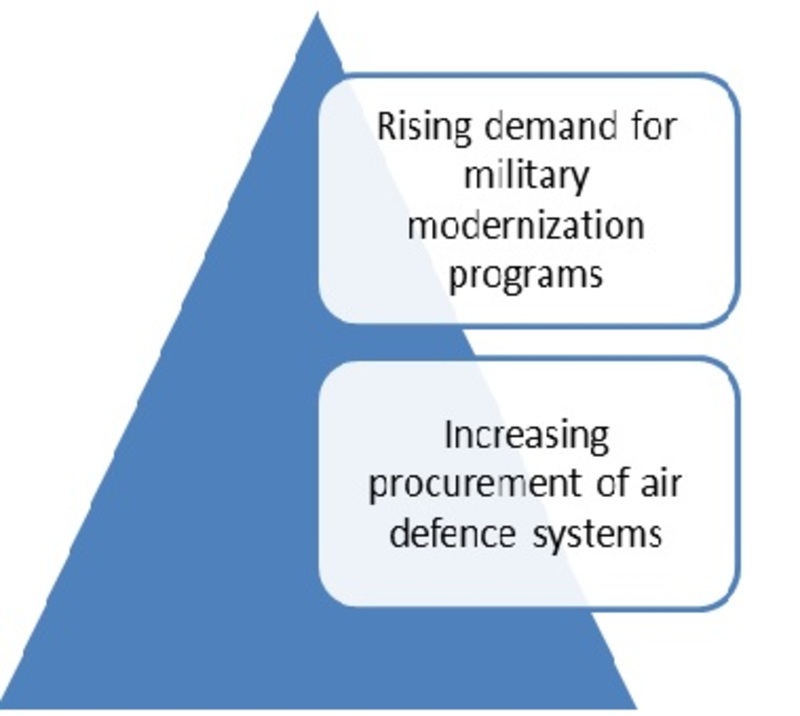