Please note that the assessment period of report has been updated from 2019-2024 to 2020-2027. Cordially fill the sample form for updated data.

The global Hybrid Switchgear Market is Expected to reach USD 37.53 Billion by 2027 at a CAGR of 16.89% from 2022 to 2030. A hybrid switchgear is a combination of components including circuit breaker, earthing switches, and other auxiliary devices that are located in a common gas tank. Some hybrid switchgears are well suited for heavily polluted environments and are highly preferred in areas prone to seismic activity. Its compact design, with low center of gravity, is ideal for withstanding seismic acceleration, as proven by shaking table tests and finite elements method simulations. These unique features of hybrid switchgears will help in the growth of the hybrid switchgear industry.

Asia-Pacific held the largest share of the global hybrid switchgear market in 2018.

The market in Asia-Pacific held the largest share of the global hybrid switchgear market in 2018, mainly due to increasing investments in transmission and distribution, rising energy demand, and limitations of space. The market in the region is also expected to be the fastest-growing during the forecast period. Moreover, factors such as increased power consumption, government mandates on energy efficiency, rising influx of renewable resources in the energy mix, and upgradation of aging hydropower plants are driving the market growth.  Within Asia-Pacific, China is likely to hold the largest share during the forecast period owing to increasing expenditure on transmission and distribution networks and increasing manufacturing facilities in the region. The market in North America is expected to be the second-largest owing to increasing demand for energy and modernization of infrastructure. The US will dominate the North American market during the forecast period.

The market in Europe is also expected to grow at a significant rate owing to many advanced technologies being introduced by some key players in Europe. Germany is expected to dominate the European market due to the introduction of new hybrid switchgear projects, especially designed for railway transmission system.

Similarly, Saudi Arabia and Brazil are the two economies which are expected to dominate the markets in the Middle East & Africa and South America, respectively.

In addition to regions, the global hybrid switchgear market has been segmented based on voltage, application, and installation.

Based on voltage, the market has been divided into into up to 72.5 kV, 72.5–245 kV, and 245–550 kV. In 2018, the 72.5–245 kV segment dominated the market owing to the increasing use of these hybrid switchgears in applications such as integration of renewable power to the grid, facilitating remote mining connections, and substation extensions. These modular hybrid switchgears enable customizable solutions in a short manufacturing time.

On the basis of application, the hybrid switchgear market has been classified as infrastructure, transportation, industrial, and others. The industrial segment is expected to dominate the market during the forecast period.

By installation, the market has been segmented into onshore and offshore. The onshore segment is expected to dominate the market during the forecast period. 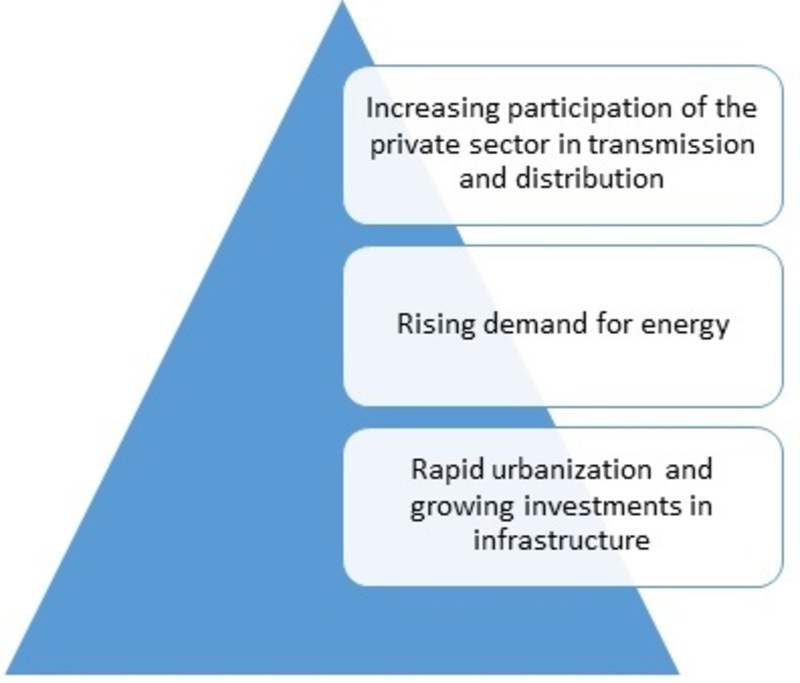 This report provides an in-depth analysis of the global Hybrid Switchgear market, tracking four market segments across five geographic regions. The report studies key players, providing a five-year annual trend analysis that highlights the market size and share for North America, Asia-Pacific, Europe, the Middle East & Africa, and South America. The report also presents a forecast, focusing on the market opportunities for the next five years for each region. The scope of the study segments the global hybrid switchgear market by voltage, installation, application, and region.