Login Register
Please note that the assessment period of report has been updated from 2017-2024 to 2020-2027.Cordially fill the sample form for updated data and TOC.

Asia-Pacific is one of the largest markets for renewable energy sources. According to IRENA, Asia-Pacific accounted for two-thirds of the increase in renewable energy installation capacity in 2017. Hence, increasing investment in power infrastructure, propels the demand for contractor in the Asia-Pacific region. Additionally, According to the American Automotive Policy Council report 2018, the total vehicles manufactured in the US is expected to reach 12 million, per year by 2025. The rise in production of the automotive in the region has led to an increase in the use of contractors for maintaining the effective demand-side load in automotive systems. Such factors are poised to drive the growth of the market for contractors during the forecast period. 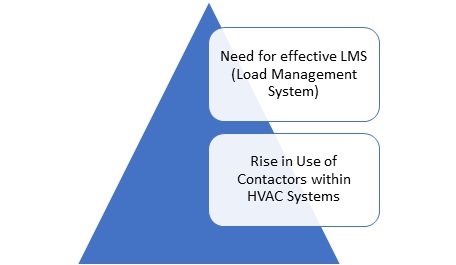 This study provides an overview of the global contractor market, tracking five market segments across five geographic regions. The report studies key players, providing a four-year annual trend analysis that highlights market size, and share for North America, Europe, Asia-Pacific, Middle East & Africa, and South America. The report also provides a forecast, focusing on the market opportunities for the next five years for each region. The scope of the study segments the global contractor market by type, product, number of poles, voltage, end-use, and region.

By Number of Poles