Caprylic Triglycerides Market: The global market is expected to grow at a CAGR of over 5% during the forecast period, 2017-2023 :

The caprylic triglycerides are widely used as dietary supplements, infant nutrition, pharmaceuticals, cosmetic & personal care, sports drink, and others. Food and beverage segment is dominating the global market. Whereas, the cosmetic & personal care segment is anticipated to witness the highest growth during the forecast period 2017-2023. The growing consciousness about health benefits along with the increasing demand for fat burning alternatives is contributing to the growth of the segment.

The global caprylic triglycerides market is spanned across five regions of the world namely, Europe, Asia Pacific, North America, Latin America, and the Middle East & Africa. Asia Pacific holds the largest share of the global market and is projected to grow at a rapid rate. The growing personal care and pharmaceuticals demand in the region is positively affecting the market growth. Moreover, the growing cases of malnutrition in the region are further expected to surge the growth in the region. According to the report published by the United Nations in 2017, over 190 million people in India are undernourished. The North American market is expected to grow at a steady CAGR owing to the growing demand for caprylic triglycerides in food & beverage and cosmetics sectors. Growing cases of lifestyle diseases such as obesity and diabetes are anticipated to propel the market demand further. According to the Center for Disease Control and Prevention, the obesity rate in the U.S grew to over 35% in 2017. 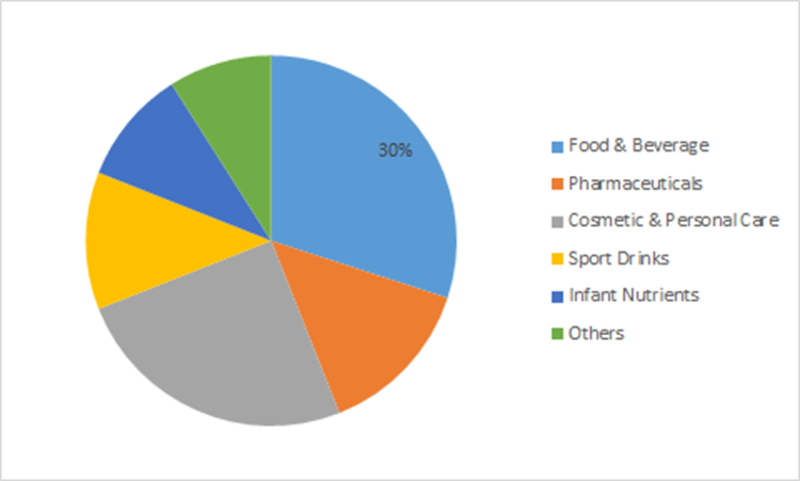