Login Register
Please note that the assessment period of report has been updated from 2017-2023 to 2020-2027. Cordially fill the sample form for updated data.

Global Automotive Lane Warning System Market Is Predicted To Grow At A CAGR Of 12.4% By 2027 :

The global automotive lane warning system market is constantly evolving. It is expected to witness significant growth over the forecast period.  The global market has experienced that the users have now become more concerned about driving safety as the number of car crashes have increased. As a result, the demand for automotive lane warning system among users, has increased. 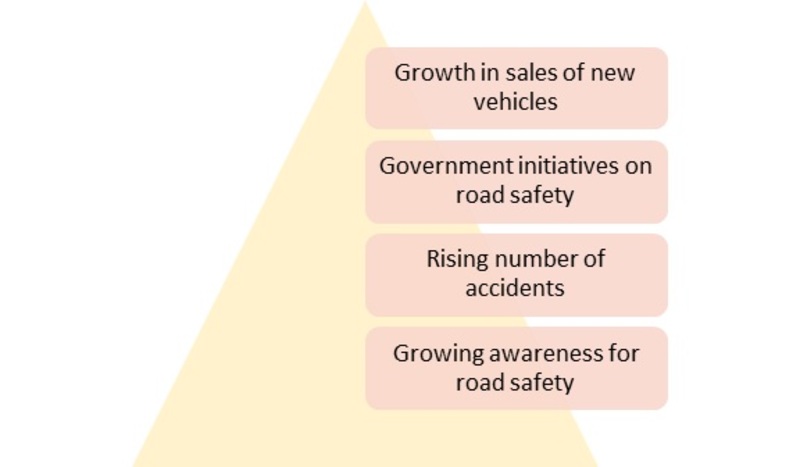 Regionally, the global automotive lane warning system market has been segmented as North America, Europe, Asia Pacific and Rest of the World. Europe has accounted for the largest market share, in 2016, followed by North America and Asia-Pacific. Europe, has witnessed a rise in the sales of luxury vehicles, which has augmented the demand for automotive lane warning system, here. Additionally, the growing road safety awareness, and strict government regulations have augmented the market growth. Germany, UK and France are the leading countries in Europe, which has fuelled the growth of the market. North America and Asia-Pacific are the second and third leading regions, in terms of revenue.

This study provides an overview of the global automotive lane warning system market, tracking four market segments across four geographic regions. The report studies key players, providing a five-year annual trend analysis that highlights market size, volume and share for North America, Europe, Asia-Pacific (APAC) and Rest of the World (ROW). The report also provides a forecast, focusing on the market opportunities for the next five years for each region. The scope of the study segments the global Automotive Lane Warning System market by functioning, by sensor type, by vehicle type, by end market and by regions.