UK Recession Is Likely, Warns The Bank Of England

On Thursday, the Bank of England (BoE) announced the most significant hike in the interest rate and warned about the impending recession the country will face within the upcoming two years. With rising food and energy prices, the most recent rate increase reflects aggressive rate tightening by central banks worldwide.

“It is a tough road ahead”, BoE governor Andrew Bailey remarked during a press briefing. He continued, “it was lifting borrowing costs by 0.75 percentage points to three percent -- the highest level since the 2008 global financial crisis -- to cool UK inflation that it sees shortly peaking at a four-decade high near 11 percent”.

As a result of central bank rate hikes, retail lenders are raising interest rates on their loans, which is expected to deepen the cost-of-living problem millions of Britons are already experiencing.

Mortgage payments in the UK have increased recently due to the BoE’s emergency purchase of UK government bonds and the former British prime minister Liz Truss’ debt-fueled budget, which wasn’t received well by the markets and led to her resignation.

Prime Minister Rishi Sunak, her successor, has tried to cool the investors by suggesting tax increases in a new budget to be released on November 17, even though doing so would further hurt the British economy.

Early in 2020, when the Covid-19 outbreak started, the BoE cut its benchmark interest rate to a record-low 0.1 percent while simultaneously injecting enormous amounts of fresh money into the economy.

The Bank of England began raising interest rates in December 2021, and the increase on Thursday was the eighth consecutive one. The annual inflation rate in Britain is now 10.1%, the highest level in 40 years.

Due to this interest rate inflation, food, electricity, and other goods and services will all cost more. As a result, businesses will generate less money, wages will decrease, and the unemployment rate is expected to rise to 6.4% in the next five years. 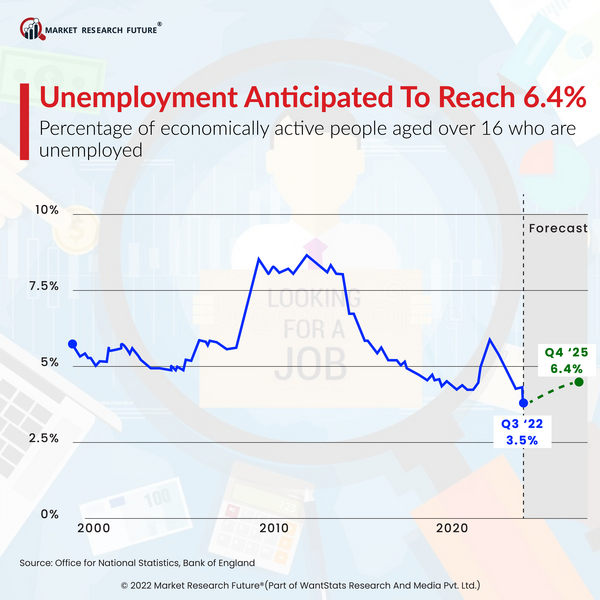 UK Recession Is Likely, Warns The Bank Of England