Uber eats customers will now be able to order some cannabis along with their burgers and fries! Uber Technologies Inc will allow customers in Toronto, Canada, to purchase cannabis using its Uber Eats app. Uber eats has teamed up with the cannabis marketplace Leafly to offer marijuana delivery via the app in Toronto. Leafly is coined “the world's most trusted platform to discover cannabis items and buy them from legal, regulated sellers".

The service will allow customers to select their preferred Cannabis from a digital menu, and employees of CannSell will subsequently fill the orders. CannSell is an Ontario-based marijuana retail education program responsible for verifying the buyer's age and soberness upon delivery.

A year ago, the food delivery app announced its tie-up with Tokyo Smoke in Ontario, marking its arrival in the growing cannabis industry. The company believes that its new cannabis delivery service would inspire more Canadian adults to switch to safe, legal marijuana, allowing the government to divert sales away from the black market, which presently accounts for more than 40% of all non-medical marijuana sales in Canada.

Marijuana is still illegal in the US, although some legislators have indicated an interest in changing the legislation. Over the last five years, the federal government has allowed states to legalize marijuana with little interference. So far, 16 states have legalized Cannabis for recreational use, plus the District of Columbia. Big companies like Uber, which rely on crowdsourced transportation, are unlikely to enter the market in the US until the substance is federally authorized. However, state regulations on marijuana legalization are varied, making it difficult for local businesses to acquire capital without the support of national banks.

Canada authorized adult-use cannabis sales in 2018 to fight the unlawful and harmful marijuana industry. Despite this, the country continues to be plagued by unlawful manufacturers who control a significant share of total annual sales.

Many cannabis firms are based in Canada, besides having operations in the US, as it became the first major international economy to legalize recreational marijuana. The annual marijuana business in Canada is estimated to be roughly CAD$5 billion (£3 billion; $4 billion). Although the consumption of marijuana has been legal in Canada since 2018, it is still unlawful to deliver it. 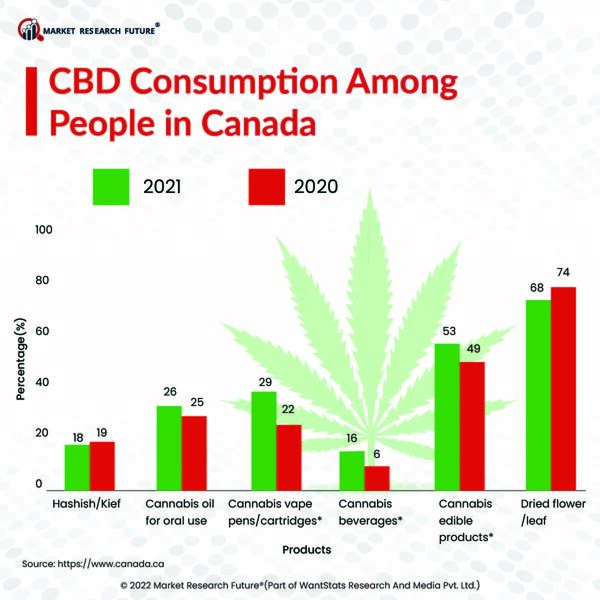