The world is experiencing a severe energy shortage sending shockwaves from Europe to Asia. Natural gas, which heats our homes and powers industries, is in short supply. As the world recovers from the pandemic's losses, energy demand has significantly increased. It is due to the economic recovery that has been taking place.

Meanwhile, Europe is caught in a trap of its dependency on pipeline gas, meaning it cannot immediately abandon the energy trade with Russia and cut it off. The E.U. commission has drafted a plan to accelerate its energy transition and get off Russian gas but meeting new targets will impose costs in Europe and abroad. Seeing supply restrictions from the most significant energy providers globally has multiple effects. On the one hand, a lack of supply causes prices to soar, which results in higher power bills on the other.

The price of natural gas in Europe rose over 400% in the first ten months of 2021. This drastic rise is still growing, and the winters are still awaited. For instance, people in Spain now pay three times more to keep their lights on, which can force restrictions on energy usage. In other words, it may lead to shutting down factories, in some extreme cases, even blackouts.

Energy consumption is expected to peak in the coming months, directly impacting the pockets of consumers who have already been paying high prices. It's not just natural gas; the price of electricity also surged by over 250 percent in 2021. The average household's energy costs in the U.K. will rise from £1,971 to £2,500 starting next month. The government's assistance to households will reduce costs from £3,549 in some way.

Some European governments have urged citizens to travel to warmer regions during the winter months rather than spending a lot of money heating their homes. China, too, has been hit hard by widespread power cuts that led to the closure and partial shutdown of factories, while some companies that couldn't bear high energy costs were shut down permanently. The Chinese government has demanded that the state-owned energy companies do whatever it takes to secure fuel supplies. In an already stressful period, this only-me approach certainly puts more pressure on Europe, raising the question of energy security.

The main drivers of this energy crisis, other than supply and demand issues, have been given a new term, 'Greenflation'; simply put, it means the cost of eco-friendly policies that the countries around the world have been adopting to tackle climate change. There has been an aggressive push towards adopting renewable energy sources, which may have led investors to under-invest in traditional energy sources, leading to insufficient supplies to meet the rising demand. In addition to this, the global outputs from renewable sources seem to be inadequate.

"Greenflation" is the unintended outcome that leads to higher prices in the longer term as changing the world from carbon to no carbon energy source is not free. Carbon capture and storage comes at a cost; there's a cost of transition to build more solar panels or wind turbines. And so, for the energy companies to make that change costs money.

In normal circumstances, the energy cost in Europe amounts to about 2% of GDP, but it has increased to an estimated 14% because of rising prices. Numerous European industries are cutting back on operations or closing entirely due to these extraordinarily high expenses. Businesses that make glass, fertilizer, metal, and aluminium are particularly at risk from high natural gas prices. It suggests that Europe should prepare for a severe recession in the coming years; however, predictions of the recession's severity differ.

Governments are taking national measures to protect citizens from high costs by providing subsidies. The fear of supply disruptions, self-sanctioning, and outright sanctions on one of the top oil and gas producers have driven oil prices upward in the first days after the conflict began. While the geopolitical effects of the energy crisis on the U.S. economy are relatively minor, Washington will find little solace in them because the United States has always regarded Europe as a friend and needs its support. 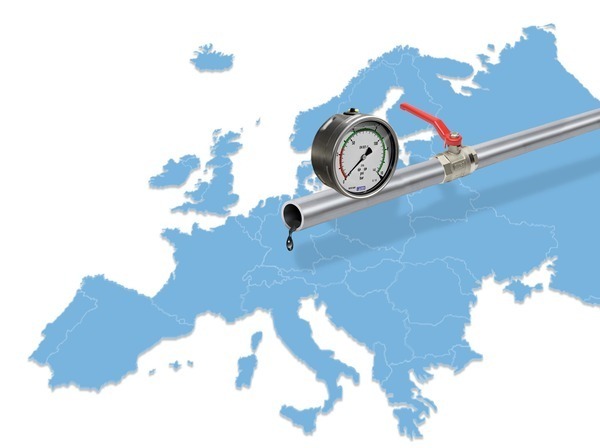