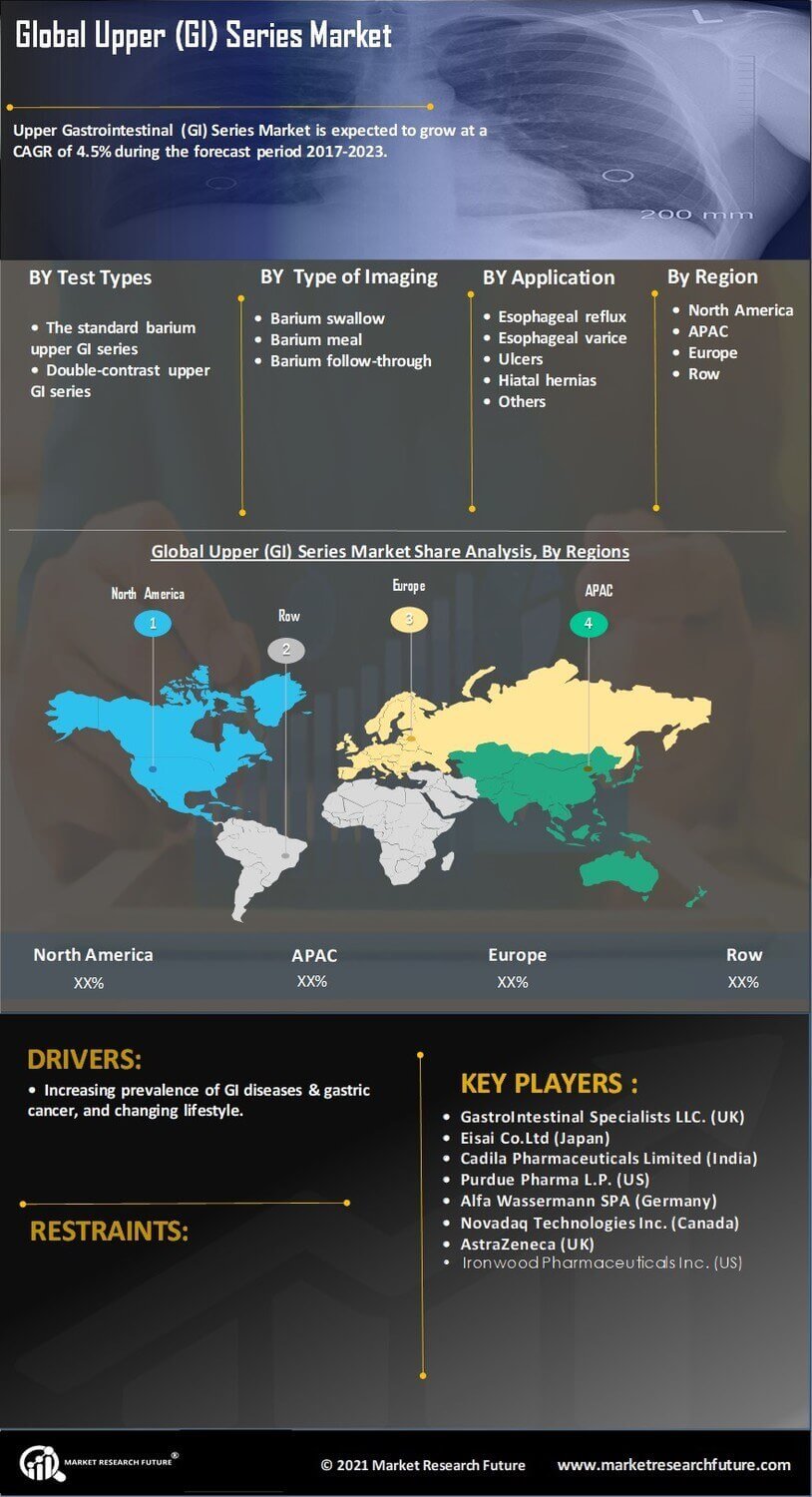 The Upper GI Series Market is expected to reach USD 2343.77 Million by 2030 at 4.80% CAGR during the forecast period 2022-2030.. From the market scenario, it has been noted that the upper GI series also called contrast radiography helped in detecting the abnormalities in the gastrointestinal passage. From the upper gastrointestinal study, it has been found that contrast media is either inserted or is ingested into the digestive passage. In fact for detection of the abnormalities, an X-ray of the respective portion was being conducted. In the year 2010, it was found that the National Institute of Digestive and Diabetes kidney diseases has been found that 70-80 million people were being affected by GI tract-related disorders.

A certain rise in GI-related disorders takes place due to poor diet and the rise in the geriatric population. In fact from the market scenario, it was found that it gave information about the market structure in the upcoming years. It even gave detailed information about the segments and subsegments playing a great role in the development of the market. The upper gastrointestinal test is a series of X-rays being conducted for detecting the disorders associated with the esophagus, stomach, and small intestine if in case a patient has swallowed barium sulfate solution. Swallowing up of barium solution is an excellent procedure used for detecting pain, problems related to swallowing, and many more.

The outburst of COVID has affected the world at a wide rate. It hindered the opportunities of the market and turned the technology upside down. Many companies started resuming their work after the recovery from COVID. This pandemic led to the disruption of the value chain along with a hindrance in the financial status of the company. It disrupted the consumer's market value thus decreasing the market size. The production unit and the manufacturing status were highly disrupted. The labor status of the company has deteriorated whereas their financial status was being destroyed. The government started donating funds for the welfare of the people.

Clinical activities so conducted helps in raising the trials of GI diagnosis and raises the opportunities if the upper GI series market value. Large capita for healthcare infrastructure has raised the opportunities of the market and has helped in the expansion of upper GI series market growth. The presence of a large lucrative patient pool helps in rising the market size. The improvement of size takes place due to using revised codes that are to be used by different GI series of different healthcare organizations. Usage of different and trained professionals which helps in rising market size.

High expenses of the treatments will reduce the market size.

The presence of large therapeutic areas and many of the gastro-related abnormalities offer fewer treatment options which is the major restraining factor of upper GI series market growth. Setup of more pharma companies which helps in recognition of more innovative treatments and vast technologies which helps in the development and raises the opportunities of market size. The rapid change in eating habits of the population along with the rise of hepatitis C at an alarming rate boosts up the need for radiography thus spurring up the market size.

As per the end-users, it has been bifurcated into medical centers, clinics, and many more.

Growth in technology led to the adoption of various x-ray techniques along with adopting gastrointestinal bleeding treatment methods. It in fact led to the discovery of endoscopic and endoscopic mechanical devices which helps in managing the arterial bleeding from the GI tract. It was also found that these bleeding treatments are used for visualizing the upper GI tract along with the lower GI tract. The ultrasound system so discovered has helped in the treatment of digestive cancer diseases with minimum invasive care. 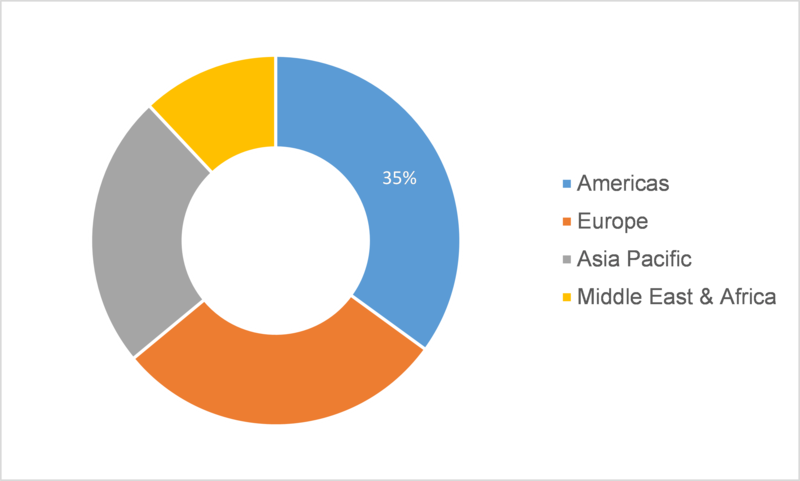 The presence of a large number of patients along with the setting up of the well-developed medical units, and the rise in the aging population improves the growth of the gastro market. Besides all this, it was reported that the United States reports hold the largest upper GI series market value. Besides it, it has been found that the European region has occupied the second-largest upper GI series market share after the Aasia African region. Moreover, it has been found that the Asia African market is marked to be the fastest-growing market due to the presence of more developing areas and medical centers. This region has been marked to be the largest market where it has adopted a number of cost-effective and efficient techniques. Besides, the Middle East and the African region have been marked to hold less market upper GI series market share.

Some of the manufacturing industries playing a huge role in the market growth include Gastrointestinal Specialists LLC of the United Kingdom, Ironwood Pharmaceuticals Inc. The United States, Eisai Co. Ltd of Japan, AstraZeneca of the United Kingdom, Cadila Pharmaceutical Ltd of the Indian region, Novodac Technologies Inc. of the Canadian region, Purdue Pharma LP of the United States, Alfa Wassermann SPA of Germany, and many more. Their various strategies include collaboration, acquisition, expansion and adopting different company portfolios helps in raising up the market strength.

What are major drivers of the global upper gastrointestinal (GI) series market?

What are prime opportunities for growth in the global upper gastrointestinal (GI) series market?

Development of diagnostic techniques and government support for research on GI diseases are prime opportunities for growth in the global gastrointestinal (GI) series market.

Which region can dominate in the global upper gastrointestinal (GI) series market?

The Americas can dominate the global upper gastrointestinal (GI) series market till 2030.