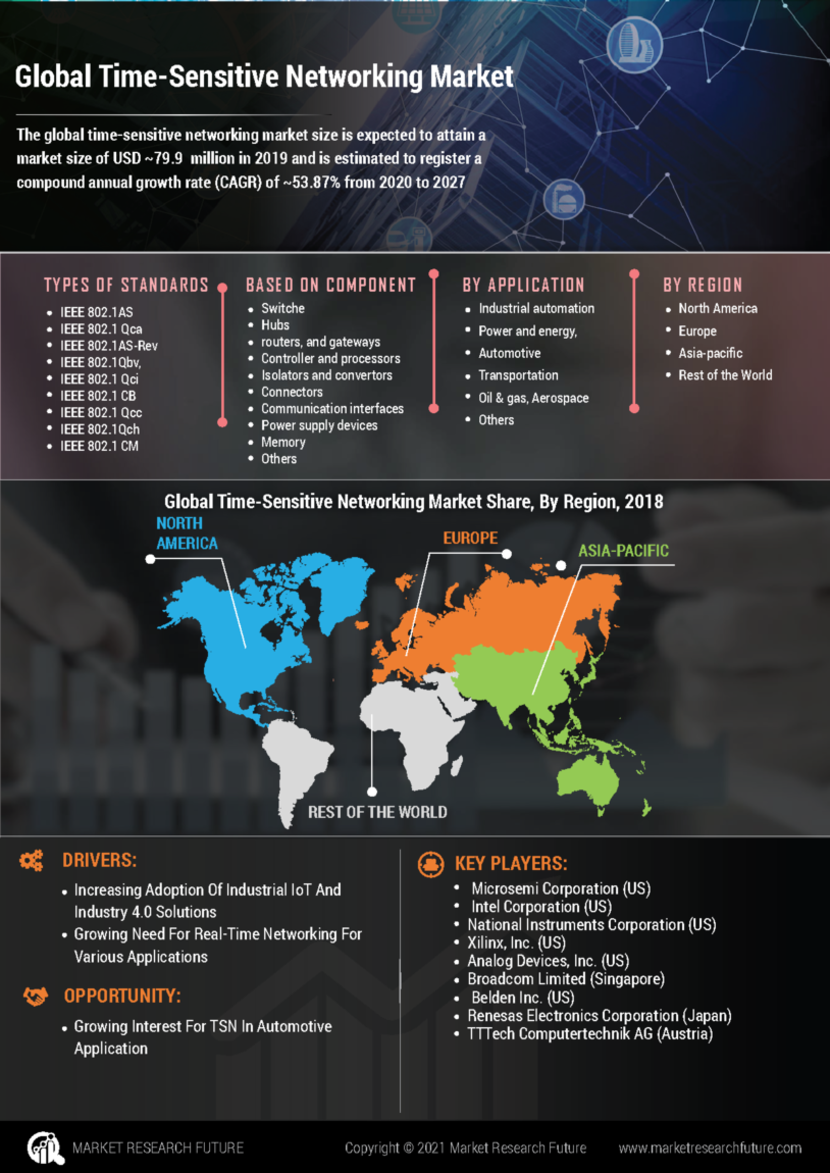 With the advancement of the Industrial Internet of Things (IIoT), a widely-distributed network in the field of training needs to be distributed and replicated in time. Nowadays, industrial systems have been expanded from narrow closed networks to IIIoT, requiring stable, interconnected, remote and safe access to all network components. Established Ethernet would no longer appeal to consumers which want to integrate Internet of Things (IoT) concepts into their manufacturing networks to boost efficiency, enhance regular operating time or minimize maintenance. Time-sensitive networking (TSN) is designed to reshape the industrial connectivity environment and to create a framework for the integration of information technology (IT) and industrial operations technology (OT). While introducing environmental robustness and reliability to Ethernet, TSN (Time-Sensitive Networking) offers connectivity technology that enables interconnection between standard-compliant industrial devices from any vendor.

The global time-sensitive networking market size is expected to attain a market size of USD ~79.9  million in 2019 and is estimated to register a compound annual growth rate (CAGR) of ~53.87% from 2020 to 2027.The market is propelled by a growing number of smart connected devices, a need to boost business productivity and a growth in dependence on the Internet.Increased demand for real-time networking through industry sectors, such as manufacturing, automobile, transport, energy & utility, aerospace, and oil & gas, is also helping the market to expand.

The global time-sensitive networking market has been segmented based on types of standards, component, application, and region.

The global economy has reported several disruptions in the day to day business operations across industry verticals due to the outbreak of novel coronavirus globally. The enforcement of lockdown and other movement restrictions for several months to prevent the sperad of deadly virus has impacted on the rapid transformation in the working culture. The increasing adoption of time-sensitive networkingacross the globe owing to it enables richer infotainment and diagnostics systems and faster services updates.

At what CAGR is the global time-sensitive networking market predicted to grow during the forecast period?

Which region will lead the global time-sensitive networking market?

What are the key factors driving the time-sensitive networking market?

Who are the key contenders profiled in the global time-sensitive networking market?