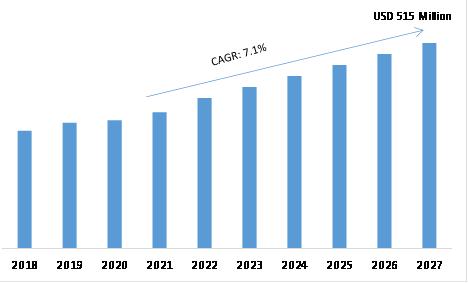 Effective test management is a critical part of producing high-quality software as well as hardware products. Through well-planned testing processes, developer teams can ensure that they develop the best products possible while making the most of their limited resources. The need to manage more complex software products ever has resulted in the need for smart test management practices across every project. As complexity increases and teams become more extensively distributed across different geographical locations, an effective test management process is key to project success.

Furthermore, the advancement of technology has helped the whole world get things accomplished more quickly and smartly. For what would take several weeks to complete tasks, now with the help of automation, the same can be executed in a short period. Test management software helps run tests, run cases, and identify bugs. Several test management tools are available in the market, and a number of new players are expected to enter during the upcoming years.

The software industry is expected to develop more rapidly than ever before. Each industry is demanding software for various purposes, from websites to running the machines. The software development industry is at its peak and expected to grow rapidly during the projected period. The rapid growth in the software industry has led to increased demand for software testing and the rising importance of test management software among the organizations to increase communication between developers & testers are some of the key drivers of the market growth. Software testing has always been the core part of software development since it not only discovers defects/bugs before the delivery to the client but also ensures the quality of the software. Thereby, test management software has emerged as the major tool to maintain test cases and test results in a repository-like structure, which are then turned into actionable reports. However, the availability of open-source tools hinders the growth of the market to some extent. Moreover, the surge in cloud-based deployments, integration of test management tools with software testing, bug testing, and other platforms, and emerging demand from Asia-Pacific are some of the major factors which are expected to open new avenues for the market players. China, India, Japan, and Southeast Asian countries are becoming popular hubs for software development. Therefore, the adoption of test management software is expected to rapidly increase during the projected period.


The demand for test management software is growing significantly across the industries owing to its significant advantage as it increases the communication between developer and tester. Test management tools make it easy for the developers and testers to communicate more effectively by eliminating the barriers of chats and emails. In addition, it helps provide the testers and developers with a direct commenting feature for better work-related interaction. Furthermore, the managers can also assign the work seamlessly through the management tool and check for its completion after the tester has updated the status over the tool.


Many open-source tools are available in the market, which is expected to create a growth restraint for the test management software market. These tools are free to use, and therefore, some organizations are still using them. Most of the tools provide test case management, and they leave the bug tracking to be integrated via an external tool.


Cloud-based deployments are growing exponentially among small and medium-sized enterprises. This can be mainly attributed to the affordable pricing options. Small and medium-sized enterprises being rapidly shifting towards the SaaS model rather than deploying on-premise. The companies are majorly benefiting by offering cloud-based software tools to the various industry verticals. For instance, the Cloud version of Zephyr for JIRA is the most widely used software for big teams and projects. More than 11,000 global customers from more than 100 countries are demonstrative evidence of its detection as one of the best test management tools. Along with Zephyr (SmartBear), there are several players benefiting from the cloud-based offerings. Thereby, the surge in cloud-based deployments is expected to open new avenues for the market players during the projected period.

Asia-Pacific could be the major opportunity for the market players during the projected period. This can be attributed to the ever-increasing software industry across the region. China, India, Japan, South Korea, Australia, Malaysia, Singapore, and Bangladesh are some countries that have become major IT hubs. These countries' software export share has grown consistently over the years. Prominent companies are expanding their geographic footprint across these nations, which are expected to fuel the demand for test management software. Moreover, Asia-Pacific is also expected to register the fastest CAGR during the projected period.

COVID-19 firstly originated in early 2020 in Wuhan, China, and rapidly spread across the globe. The worldwide cases have surpassed 175 million as of now and continue to rise. The pandemic forced lockdown situations across all the major economies and prompted theimposition of numerous restrictions such as travel barriers, closure of the shops and markets, work from home, import-export ban, and others. Governments all over the globe made various guidelines to stop the further spread of COVID-19. Despite this, the coronavirus cases increased significantly and continue to rise. The pandemic hit all the major industries such as manufacturing, trade, hospitality, leisure, oil & gas, tourism, automotive, and transportation. Nevertheless, this is conversely applicable to the test management software market. This can primarily be attributed to the continued demand for software development during the pandemic.

COVID-19 has transformed the future of business. Despite all the negative consequences, the pandemic has initiated some encouraging changes. The outbreak has accelerated the digitalization from a ‘nice to have to a ‘must have’ for many organizations, forcing them to adapt and modernize quickly to keep their operations running.

The pandemic has forced work from home to major industries, which has surged the demand for cloud-based deployments. Enterprises in developing countries were slowly moving toward cloud adoption for the better part of the decade.However, COVID-19 has acted as a catalyst for the same.

YOY Growth to Expand at a Strong Rate

The global test management software market supply chain has evolved from a traditional approach to a set of highly efficient processes, including procurement, system integration, and distribution. As a result, the supply chain of the test management software& services market involves the designers & programmers, software/platform developers, system integrators, and end-users.

Based on the deployment, the market has been bifurcated into on-premises and cloud-based. The cloud-based deployment model holds the major share within the test management software market and is expected to grow with significant CAGR during the forecast period. In the last couple of years, software as a service model has gained exceptional traction among small and large businesses. Additionally, large enterprises are utilizing cloud-based models by using a hybrid cloud approach.

Based on the pricing, the test management software market has been classified into monthly, yearly, and one-time licenses. The yearly segment holds the maximum market share within the market and is expected to grow with a substantial CAGR rate during the forecast period. This is mainly attributed to the cloud-based subscription. Moreover, a one-time license holds the second-largest market share within the market. One-time license pricing is generating through the on-premise deployments and their maintenance & implementation cost.

The global test management software market is expected to gain significant revenue from the various continents during the projected period. The geographic analysis of the test management software market has been conducted for North America, Europe, Asia-Pacific, the Middle East & Africa, and South America. North America is further classified into the US, Canada, and Mexico. Europe is further classified into the UK, Germany, France, and the rest of Europe. Asia-Pacific is further segmented into China, Japan, India, and the rest of Asia-Pacific.

North America holds the leading share within the market. This can be attributed to the rapid adoption in the various industry verticals and the rise in IT spending. The industry verticals such as BFSI, manufacturing, IT & Telecom, aerospace & defense, and healthcare are the largest contributors to revenue generation. Cloud-based deployments have gained significant traction in this region and are expected to open lucrative opportunities for the market players. Furthermore, the US holds the largest share, whereas Canada ranks second in the North American market.

Europe holds the second position in the global market in terms of revenue. The UK, Germany, and France are the major contributorsto the regional market. The UK holds the leading share in the European test management software market. Germany and France are also contributing significant revenue for the European market. Benelux and Nordic countries have shown considerable deployment for the test management software.

The APAC region is expected to be the Fastest Growing Regions

Asia-Pacific is expected to grow with the fastest CAGR rate during the forecast period. The region has seen a rapid boom in market growth due to the increased software development sector due to rapid automation across industry verticals. IT outsourcing activities have also grown phenomenally from the western countries. The countries such as China, Japan, India, South Korea, and Australia are the major growth engines of the APAC region's market growth. Besides, Southeast Asian countries such as Malaysia and Singapore also have emerged as the major market for the test management software market in recent years. Asia-Pacific is filled with numerous small and medium-sized organizations, which could fuel major opportunities during upcoming years. In this region, the cloud-based deployments rate is significantly high as compared to the on-premises.

The global test management software market is highly competitive with the presence of several leading vendors. However, some of these players have created goodwill within the market by offering advanced solutions and a client satisfaction approach. IBM (US), National Instruments (US), SmartBear (US), Micro Focus (UK), and Jama Software (US) are the top five players that have captured maximum market share. Some of these prominent players have adopted some organic and inorganic strategies such as mergers, acquisitions, partnerships, strategic alliances, and product launches to gain a competitive advantage. Moreover, a few of the leading players are constantly focusing on technological advancements to offer advanced and upgraded solutions as per the dynamic market needs. The vendors compete in terms of software types, deployment, after-sales services, among other factors. Technological advancements are mandatory for new entrants to compete against the leading giants within the market.

On 31stMarch 2020, SmartBear, a leading provider of software development and quality tools, announced the acquisition of Test Management for Jira (TM4J), the #1 user-rated QA and test management app in Jira for enterprise teams, from London-based Adaptavist. TM4J joins a SmartBear portfolio dedicated to enterprise agility at scale with industry-leading tools like Zephyr and CucumberStudio. SmartBear plans not only to dedicate new investments in innovation around TM4J’s support for Behavior-driven development (BDD) but also to add seamless integrations with CrossBrowserTesting, LoadNinja, SoapUI Pro, and TestComplete.

Rising Importance of Test Management Software among the Organizations to Increase Communication B...