Soups market Information By Type (Dry, Wet, and Others), By Distribution Channel (Supermarkets & Hypermarkets, Convenience Stores, and Others), and Region (North America, Europe, Asia-Pacific, and the Rest of the World)—Forecast till 2027

The  soups market is projected to register a CAGR of 5.4% from 2020-2027. All commercially available soups, including instant soups offered in the retail market, are included under the umbrella term "soup." Expanding product categories, rising health and wellness product consumption, and aggressive marketing by market players are projected to fuel the soup industry's expansion over the medium term. The changing way of life reacts to the rising need for quick meals. The  soups market size is expected to reach approximately USD 19,655.9 million by 2027. Additionally, companies are increasingly creating container designs that are easy to use and discard as the demand for convenience food rises. In addition, the market for soup is projected to expand due to rising consumer desire for healthier eating options. Due to their ease of preparation and increased consumer demand for such goods due to busier lifestyles, instant, dehydrated, and ultra-high temperature soups are projected to dominate the soup market throughout the forecast period.

The  pandemic has had a significant impact on people's life. The COVID-19 pandemic crisis was primarily characterized by the loss of human life, the weakening of the nation's political, social, and economic standing, and corporate losses. The main cause of the problem was indefinite lockdowns at the local, state, and national levels. Despite the pandemic's impact on many industries, the food and beverage sector experienced significant demand. Although traditional supermarkets and convenience stores lost customers, online sales increased. Business manufacturers are gradually moving toward this dynamic transition because of shifting consumer behavior and the shift to internet retailers. The soup industry is anticipated throughout the projected period to turn a profit.

The market is expanding due to rising processed food consumption in developed and emerging countries. This change in consumer behavior results from several factors, including an increase in the working population, an increase in the number of working women, a fast-paced lifestyle, an increase in westernization and urbanization, and per capita spending on processed food products, among others. These factors contribute to consumers' preference for instant food items, including ready-to-eat (RTE), ready-to-drink (RTD), convenience foods, and many others. This immediately contributes to the market's expansion.


The growing vegan population significantly influences the use of vegetable stocks and broths in developed and developing nations. To meet the growing demand from the public, large producers are producing vegan soups in various containers. In contrast to non-vegetarian soups, people, except the vegan community, prefer healthy vegetable soups. The market benefits from these broths' increasing acceptance among consumers. According to the Vegan Society Organization, 40% of people worldwide will eat conventional meat by 2040, 35% will eat clean-label meat, and 25% will eat vegan meat substitutes.


Regular salt and corn starch intake works as a market restraint and contributes to several health issues, including obesity, high blood pressure, and diabetes. Most items are prepared with maize flour and corn starch because they serve as a thickening agent, particularly canned and dehydrated soups. Soup intake is a common part of diets in nations like Japan.

Customers are aware of the additives added to their food, which limits market expansion. To combat this, leading manufacturers are developing new products with less maize starch and more vegetables. The soupy variations of Campbell Soup Company were expanded to include a variety of vegetable flavors, including carrot, red pepper, sweet potato, and ginger. With this launch, the younger generation, well-versed in ingredient lists, will be targeted.


A significant element in the expansion of the soup industry is the desire for convenience meals brought on by urbanization. The need for healthful convenience food has increased due to the growing working population and busy lives, boosting the soup market. The urban middle class' rising living standards and expanding disposable money are driving up demand for quick, ready-to-eat meals; soups are renowned for being both a comfort dish that is typically scrumptious and satisfying and a healthy alternative. Additionally, a wide variety of soups are available because of ized culinary practices fueling industry expansion.

The  soups market segmentation, based on type, is dry, wet, and others. The  soups market growth was prominently high under the dry category in 2021. The working population's increased use of packaged, convenient, and healthy processed food is blamed for the segment's expansion. Working individuals are more likely to prefer nutritious meals, particularly prepared foods that are simple to prepare and consume.

The  soups market segment, based on distribution channel, is supermarkets & hypermarkets, convenience stores, and others. In 2021, supermarkets & hypermarkets accounted for the largest market share of the  market. This increase is the outcome of several causes, including rising customer desire for ready-to-eat and convenience foods, which has led to higher purchases of instant noodle soups, and the simple availability of packaged soups in supermarkets in large quantities. The most common forms of meat extract are concentrated liquid and powder. This segment's growth is further fueled by the robust expansion of the retail industry in developed and developing nations. 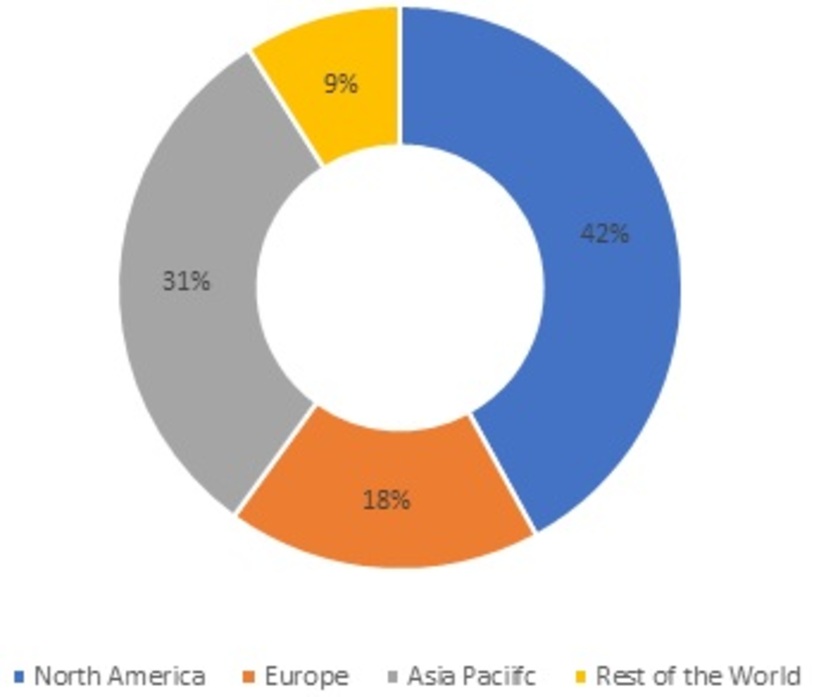 By region, the  soups market has been divided into North America, Europe, Asia-Pacific, and the Rest of the World. North America accounted for the most extensive market share. Asia-Pacific will exhibit the highest CAGR during the forecast period.

North America dominated the market share in 2021. This increase results from changing consumer perceptions of soups containing meat extracts as healthier food options and an increasing preference for soup as a quick lunch, supported by the introduction of premium, clean-label, and novel tastes in the North American region. One of the main factors influencing the growth of the North American Soup Market is the population's increasingly busy lifestyles in developed countries like the U.S. and Canada, where people choose ready-to-go meals and chicken broth.

Asia-Pacific accounted for the second-largest market share in the  market for soup in 2021. The rapid modernization of nations in Asia-Pacific, including Bangladesh, Thailand, China, and India, is one reason for this rise. The rise of the soup industry in the Asia-Pacific area is further fueled by the increase in expenditure on Asian chicken broth and meat extracts, as well as the growing demand for canned and dried soup products.

Scope of the Soups Market Report

To identify and estimate the market size for the  soups market report segmented by type and distribution channel by value (in U.S. dollars). Also, to understand the consumption/ demand created by consumers in the  soups market forecast between 2022 and 2030

To identify and infer the drivers, restraints, opportunities, and challenges in the  soups market growth

What is the study period of the soups market report?

What is the soups market growth rate?

The market is expected to register a CAGR of ~5.4% over the next 10 years, according to  soups market research.

What is the expected soups market size by 2027?

The Soups Market will have increased due to rising demand for convenience foods, reaching USD 19,...