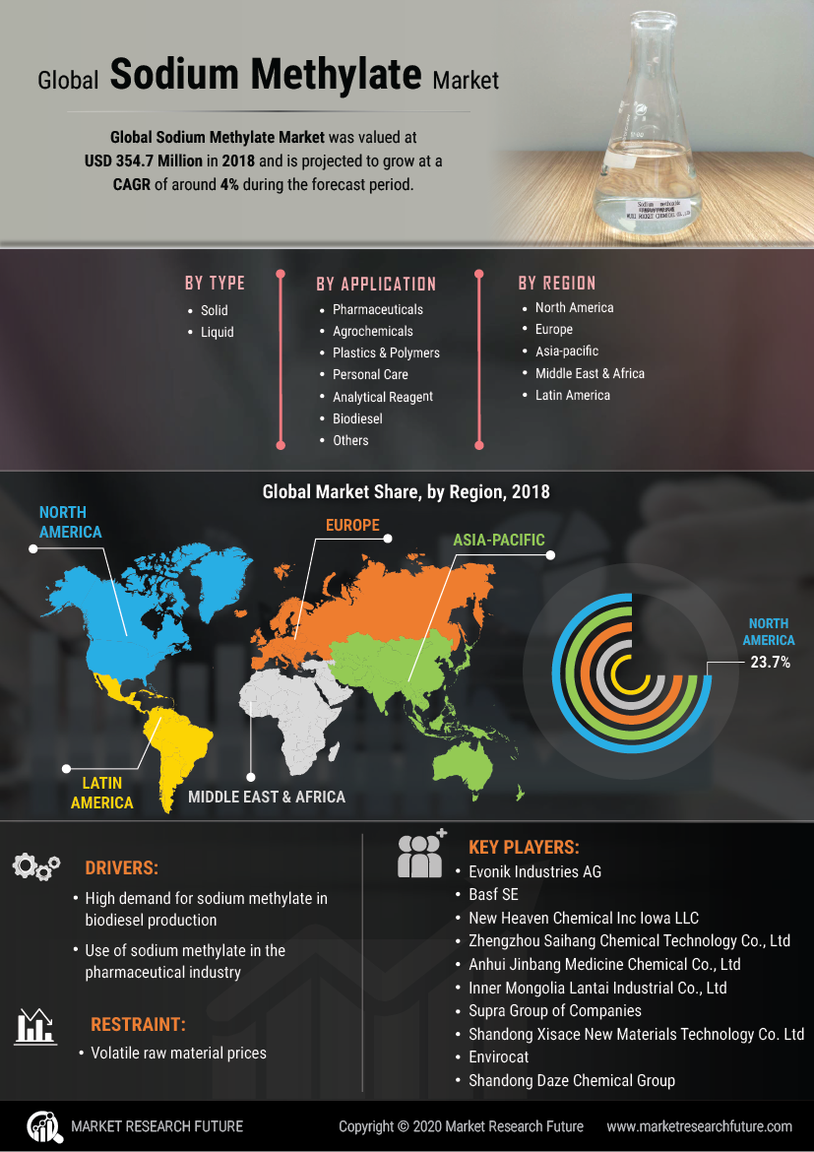 The outbreak of COVID has affected nationwide people. It has led to flight cancellations, travel bans, quarantining oneself, closure of restaurants, and limitations of all indoor activities. COVID  has slowed down the supplied chain network. An instability in stock price was marked which disrupted the company morally. Due to COVID, fear rose among the population which made their future insecure. An agricultural shutdown of COVID was marked and the supply of sodium methylate was being disrupted. Unavailability of raw materials was marked which hampered the quality of the production units. Industrial disturbance also took place which in fact disrupted the full-scale operations. The shortage of raw materials led to a spike in the price of raw materials. This disruption in the supply chain will take many days to recover. This closure of the industry has led to rising shipping prices. Storage and inventory measures have been taken against COVID. The government has imposed certain guidelines for the safety of the people and the nation.

Fragmentation of the sodium methylate market takes place with regional and global producers. There are many key players operating in the market who carried out various development techniques including the launching of the product, approvals of the product, and many others like trademarks along with some other activities used for setting up different businesses. For retaining their share in the sodium methylate industry the market players have involved themselves in merging with each other, acquisitions, promoting growth, and releasing a new product. They have carried out new industrial methods and have applied some other processes. Their strategies which include electronic transactions have helped in the development of various companies. Some of the competitors operating in the market are


By typeAs per the sodium methylate market trends, the market is classified into the liquid segment and solid segment. In the liquid part, it has been marked that the liquid segments are expected to project at a fast rate during the market forecast period. The liquid segments hold a substantial growth due to its rise in usage of liquid used for the production of biodiesel. Based on application, it has been marked that the pharmaceutical segments cover the large sodium methylate market share. It occupies a CAGR of 35% in 2018 where sodium methylate is used in the pharma industry for manufacturing some of the ingredients like Vitamin A, Vitamin B, sulfamethoxazole along sulfadiazine. Sodium methoxide is used for carrying out dehydro-halogenation and many other reactions and moreover, it is the sodium salt of methoxide.By technologyGrowth in technology brought technical progress in the market. Advancement of technology led to technological innovation which accompanied the present trends of the company. It led to the understanding of the fragments that guided and helped in the development of the market.

In the year 2018, the Asia Pacific region led a dominant place in the sodium methylate market. In some of the countries like China, India, and some of the Japanese regions the market is occupying a huge place due to the rise in industrialization at a very fast rate, and moreover, there is also a rise in per capita income. In the Asia Pacific region, China is said to be the most leading manufacturer where the people are using sodium methylate at a huge amount. The rise in pharma industries and chemical industries in this region further drives up the sodium methylate market size. As per the sodium methylate market trends, it has been marked that a healthy growth trend is taking place in the market at a high CAGR during the assessment period. The rise in growth and demand for regional goods takes place at a high CAGR of about 4.3% during the market forecast period of 2016-2021. The North American market is marked to be the large transport sector covering a large market value. This North American region grows at a market value of USD 84 million. The United States region was said to be the largest segment covering a large part of regional industry and is expected to project and expand at a very fast rate during the projected period. Due to urbanization, the increase in the use of sodium methylates due to the growth in prevalence of pharmaceuticals raised the growth of the market. Using more biodiesel in the transportation sector steers up the market demand and also its size.

October 2021 - BASF, the renowned German chemicals firm, has restarted with the production of different alcoholates at the Ludwigshafen plant. These alcoholates are deployed as catalysts to develop biodiesel, and the production is expected to begin in the second half of 2022. BASF had confirmed force majeure on the manufacturing of sodium methylate, sodium ethylates as well as potassium methylate solutions & crystals post fire at its German plant in August 2021. However, it has now begun with the rebuilding of the sections that were damaged in the fire. The company is striving to source sodium methylate and other alcoholates from the worldwide industry over the repair period and plans to import sodium methylates from its manufacturing unit in Brazil.January 2020, a German Company named Evonik, in collaboration discovered a new multi-purpose silica plant in Geesthacht of the region of Germany.

The report gives an in-depth analysis of the qualitative and quantitative sectors of the market. From the report overview, you will talk about the market scenario and the market outlook of the sodium methoxide industry. It gives information about the regional analysis and also gives information about the key players operating in the market. This report analyses the growth factors involved in promoting growth and which influences the market demand and enhances its supply by creating several supply chains. It gives a good analysis with respect to its future aspects. It summarises its segmentation like its division into liquid and solid while the application segment is classified into pharma, agrochemicals, plastics and polymers, personal care, analytical reagent, biodiesel, and many more.

At what CAGR value does the sodium methylate market expand?

The market value is expected to project at a CAGR of 21.8% during the forecast period.

What are the segments so covered by the market?

The market is classified into type, application, and also the segmentation is done on the basis of region.

What is the market forecast period so symbolized?

What is the base year of the sodium methylate market?

The base year of the market is expected to be 2019 where the market grew at a high rate encompassing the different regions.

The Pharmaceutical Segment is the Major Contributor to the Growth of the Global Sodium Methylate ...