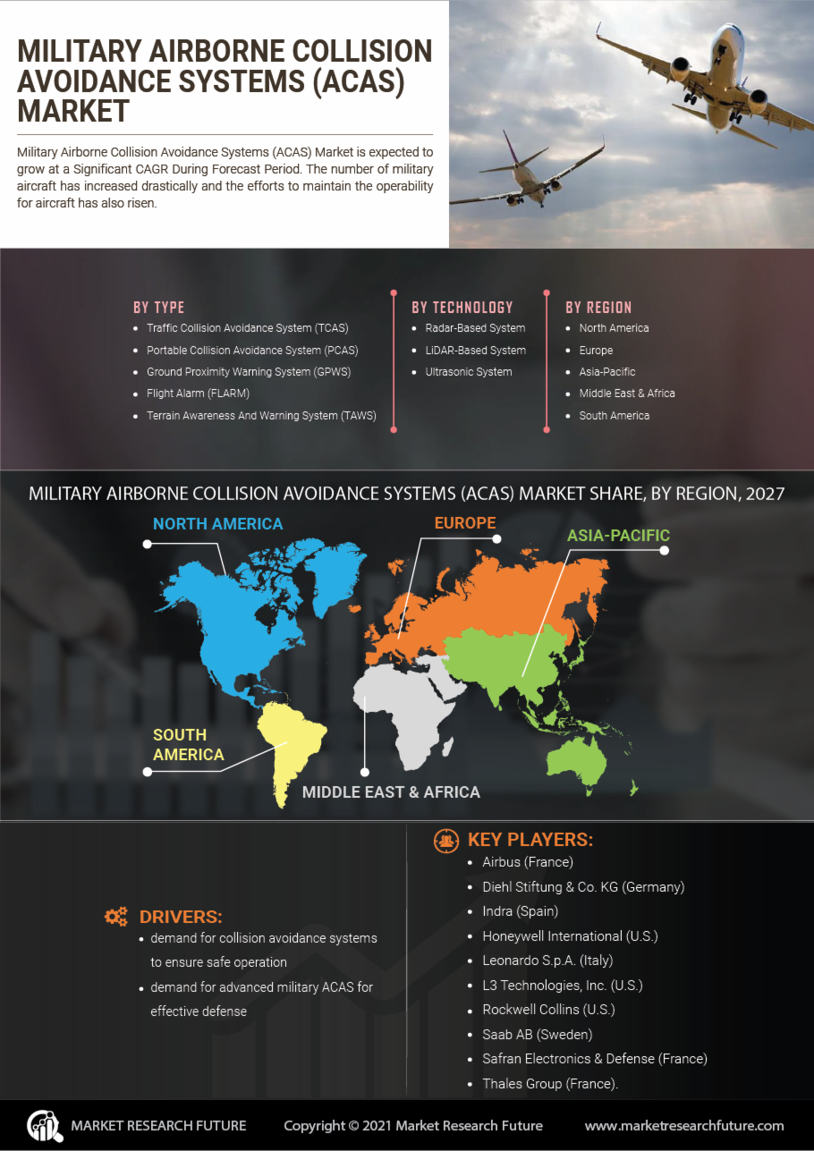 Increased global conflicts have led to a growth in investments primarily for military expansion and upgrade of military fleet. The US and the North Atlantic Treaty Organization (NATO) members have deployed thousands of their troops and military aircraft in various conflict regions (e.g., Iraq and Afghanistan). Military aircraft play an integral role in any war for crisis management and transportation of troops and supply across long distances. Apart from this, they are also employed to evacuate the wounded soldiers and provide supplies in a hostile environment. To serve the aforementioned functions, the number of military aircraft has increased drastically and the efforts to maintain the operability for aircraft has also risen.

The rising number of military aircraft has increased the demand for collision avoidance systems to ensure safe operation and safe maneuverability, avoiding accidents. Similarly, the demand for advanced military ACAS for effective defense and surveillance mechanism has also seen a simultaneous increase. The market for military ACAS is thus expected to grow at a steady rate, during the forecast period. Demand from major markets, such as the US and Europe and from the emerging nations in Asia Pacific is expected to drive the market growth.

Moreover, the military aircraft not only operate in remote and dangerous environments but also abide by the both visual flight rules (VFR) and instrument meteorological conditions (IMC) day and night. This increases the chances of mid-air collision (MAC) that may result in temporary or permanent loss of control, aircraft damage, and pilot injuries. Human-induced MAC due to the lack of response or misjudgment of the pilot have also been reported.

The risk of collision can be reduced by enhancing the situational awareness of the pilot. This function is achieved by ACAS; it helps the pilot ensure that the aircraft is not flown in proximity to other aircraft, thereby avoiding collision. It also assists in maintaining minimum separation distance while flying in a formation and in controlled airspace. 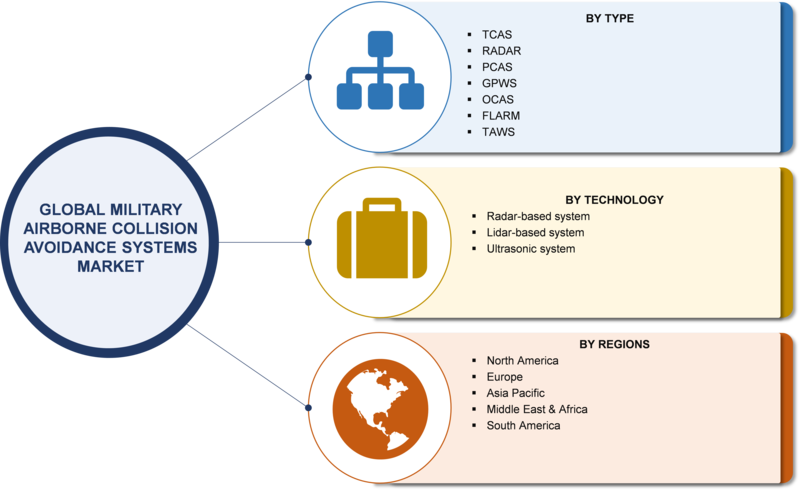 The US and Europe defense sector are spending significant amounts on military aircraft modernization. However, the maintenance and operability of existing fleet are more cost-effective than replacing an entire fleet of aircraft. As a result, new and optimized military ACAS are widely being retrofitted to various military aircraft.

The emerging nations such as China and India have increased their defense budgets and are investing in the purchase of new aircraft and advanced military aircraft systems (including military ACAS) to strengthen their defense front. The present scenario, with the U.S. and Europe having a large military ACAS market, is expected to see a shift favoring the Middle East and Asia Pacific region. The economic slowdown in Europe and increased defense spending of the Middle East have led to this change in the market dynamics. Attractive market opportunities are also expected from emerging nations such as India, China, Brazil, and South Africa.

As military aircraft also fly through the civilian airspace, effective procedures to streamline the air traffic are necessary. Regulatory bodies such as EUROCONTROL, ICAO, and respective military organizations have also been working together to further develop the processes and advanced systems for ACAS. They have also set forward standard practices and recommended policies for the installation of collision avoidance system.

The global digital glass military ACAS market is highly competitive, and vendors compete by cost, product quality, and reliability. To survive and succeed in an intensely competitive environment, it is crucial for vendors to provide cost-effective and high-quality military ACAS with the latest technology and materials. The primary focus is primarily on the implementation of light-weight materials, more electric technologies, and robust systems.

The industry partners from different countries are collaborating on joint projects to lay the foundation for future developments in the field of collision avoidance systems. One such example is the MIDCAS project. It was launched in 2009 by five member countries (Sweden, France, Germany, Italy, and Spain) and involved Saab, Sagem, Thales, and Airbus. It started under the framework of European Defence Agency with a total budget of $55 million. Agencies such as European Aviation Safety Agency (EASA), Eurocontrol, and European Organisation for Civil Aviation Equipment (EUROCAE) are also the external contributing partners in the MIDCAS project.

One of the primary aims of this project is to achieve the integration of remotely piloted aircraft system (RPAS) in civilian airspace, by developing solutions for UAV mid-air collision avoidance system that is acceptable to manned aviation. The outcome and function of the MIDCAS would be to create situational awareness for the RPAS pilot, develop a reliable traffic avoidance function, and collision avoidance. Such joint collaborations to achieve a common goal and establish a common set of standards is a positive trend.

What is the projected market value of the global military airborne collision avoidance system market?

What is the estimated growth rate of the global military airborne collision avoidance system market?

The global military airborne collision avoidance system market is projected to register a moderate CAGR in the forecast period.

The massive demand for Commercial Aircraft Cabin Interior market due to increased global conflicts has led to a development in investments primarily for military growth is the market's primary growth inducer.

Which region is expected to witness the highest growth?

North America is expected to observe substantial demand over the review period.

Which type is expected to witness the highest growth?

The TCAS segment is expected to observe substantial demand over the review period.

What is the technology segment of the global military airborne collision avoidance system market expected to witness the highest growth?

The radar-based system segment is slated to expand as the fastest-growing segment.

Who are the significant players operative in the global military airborne collision avoidance system market?

Military Airborne Collision Avoidance Systems Market to Benefit from Rise in Number of Military A...