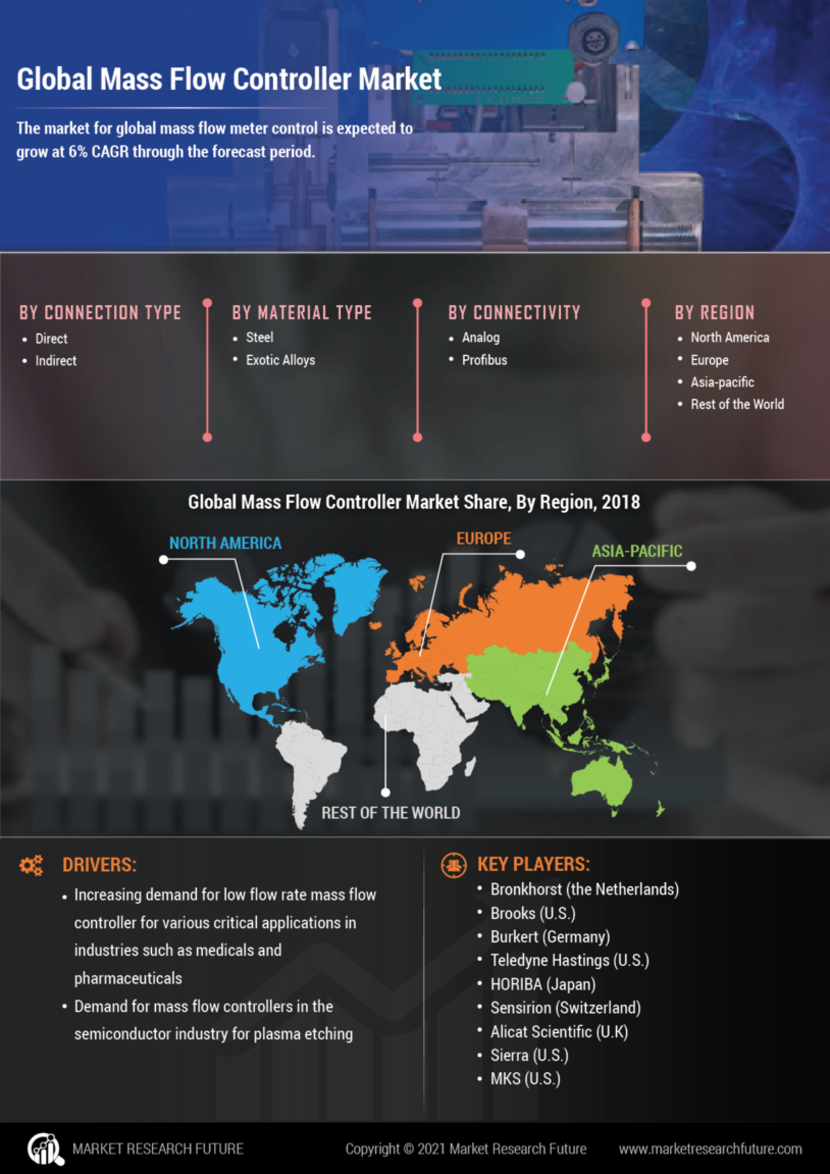 The mass flow controller market is expected to grow at 6% CAGR through the forecast period. A mass flow controller automatically controls the flow rate of a gas according to a set flow rate sent as an electric signal, without being affected by surrounding conditions or changes in gas . Key applications areas where mass flow controller used are petrochemical and chemical gas and liquid pilot plants, semiconductor and led production tools, thin film deposition systems, biopharmaceutical bioreactors and many more.

The key factors driving the growth of the market are the development strategies, such as contracts and agreements, product launches and developments, partnerships, and expansions, implemented by the players operating in the mass flow controller market.

The increasing demand for low flow rate mass flow controller for various critical applications in industries such as medicals and pharmaceuticals, drives its overall market. The organic and inorganic growth strategies, such as product developments, expansions, partnerships, contracts and agreements, and acquisitions, would further drive the growth of this market.

North America, led mainly by the U.S. is analyzed to observe gains through the forecasted period in the mass flow controller market. This regional growth is mainly propelled by robust pharmaceutical and petrochemical industries in the U.S.

Asia Pacific (APAC) is expected to hold the largest share of the  market during the forecast period. The mass flow controller market in the emerging economies, such as China, India, and Japan, is expected to grow at the highest CAGR because of the increasing technological advances in medical and healthcare devices due to the increasing population of these countries.

What is the estimated market size of the global Mass Flow Controller market?

The global market for Mass Flow Controller is expected to reach revenue generation of 2.2 billion by 2023.

What is the predicted CAGR of the global Mass Flow Controller market?

Who are the key players in the global Mass Flow Controller market?

What is the primary factor driving the global Mass Flow Controller market growth?

The growing demand for low flow rate mass flow controller for numerous critical applications in industries such as medicals and pharmaceuticals drives its overall market.

What is the leading region of the global Mass Flow Controller market?

Asia Pacific (APAC) is estimated to hold the largest share of the mass flow controller market over the forecast period.