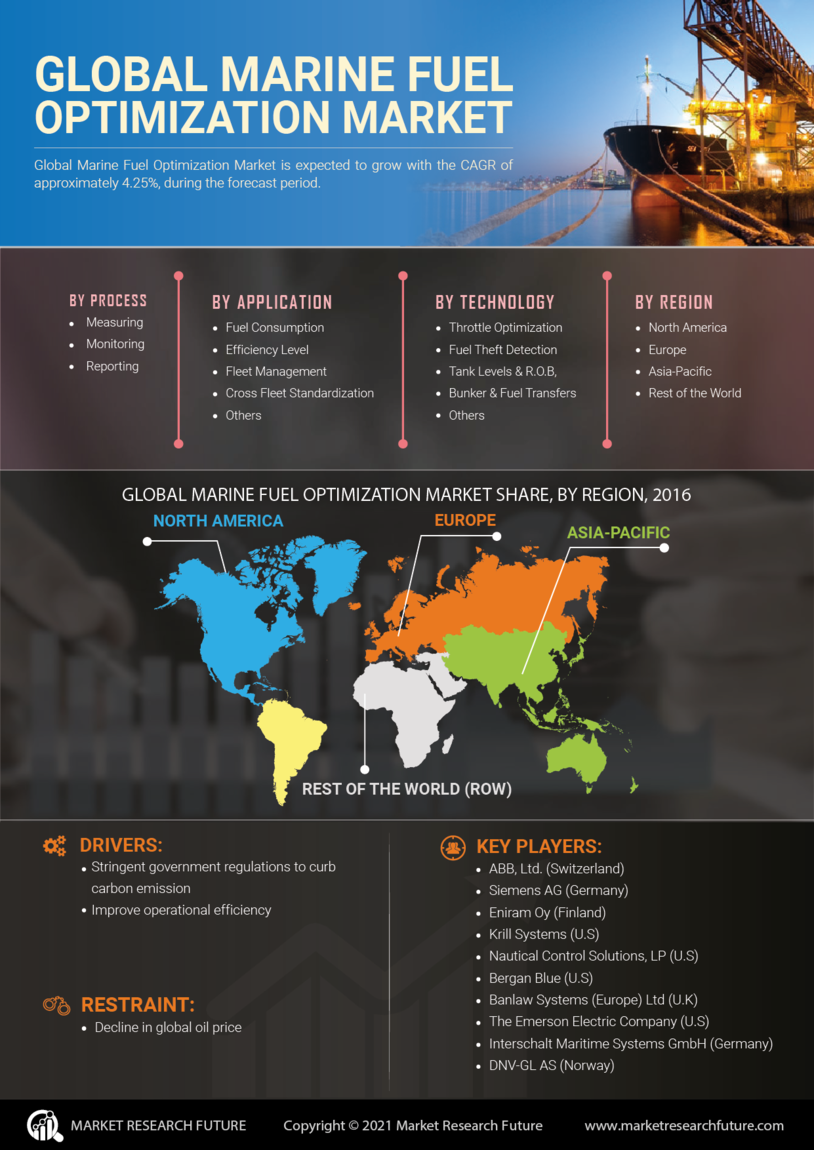 Marine Fuel Optimization Market share is expected to reach USD 1490 Million by 2027, expanding at a compound annual growth rate (CAGR) of 4.25% during the forecast period.

Marine Fuel Optimization Market is expected to grow with the CAGR of approximately 4.25%, during the forecast period.

Marine Fuel Optimization is a multi-level approach to measuring, monitoring, and reporting fuel usage on a boat or ship to reduce fuel usage, increase operational efficiency, and improve fleet management oversight. Marine Fuel Optimization has grown in importance due to the rising costs of marine fuel and increased governmental stresses to reduce the pollution generated by the world’s fleet.

Marine Fuel Optimization includes Throttle Optimization, Fuel Theft Detection, Tank Levels Monitoring Bunker Fuel Transfers, etc. Vessel operators have the most control over fuel usage by using the engine(s) throttle. Wind, current, hull condition, load, and propulsion system health can all positively and negatively impact fuel burn. Some of the modern fuel optimization systems have designs that support the performance of these calculations while underway and make recommendations to the vessel master. Fuel theft and pricing are major issues in the global market premises. Consequently, the accurate measurement of fuel taken on board coupled with the fuel consumed by engines and generators is an integral part of Marine Fuel Optimization.

Global marine fuel optimization market is one of the fastest growing markets owing to the increased application marine sector by providing the accurate amount of fuel oil burnt for particular vessel. The market is driven by various factors such as stringent government regulations to curb carbon emission at sea level and reduce fuel usage, and improve operational efficiency. However, the market has a major restraint that can hinder the growth of the market such as the decline in global oil price.

The key players of Global Marine Fuel Optimization Market are- 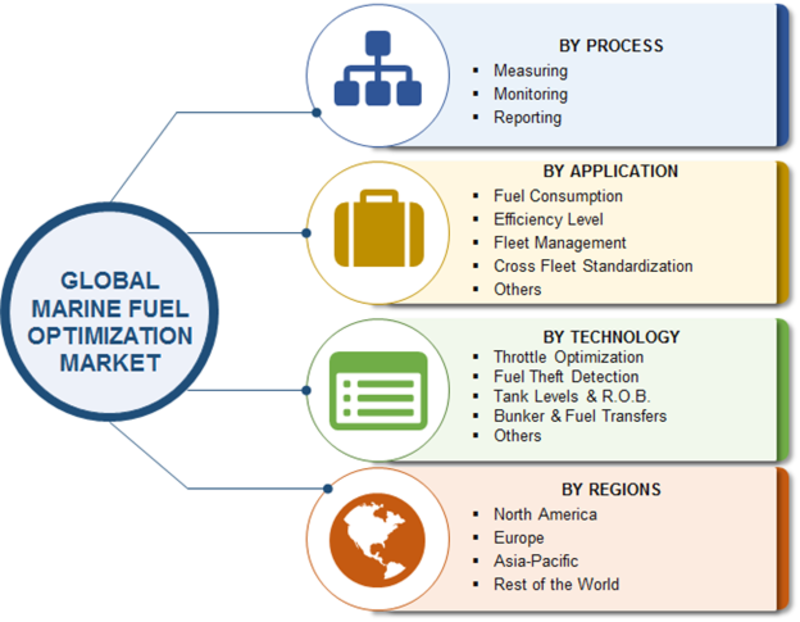 What is the factor healing the market?

USD 1,700 million is the valuation of the market.

At what CAGR the market is gaining heights?

The market is gaining heights with CAGR of approximately 4.25%.

Mention the key region of the market.

Europe, North America, Asia Pacific, and Rest of the World are the key regions of the market.

What are the key players of the market?