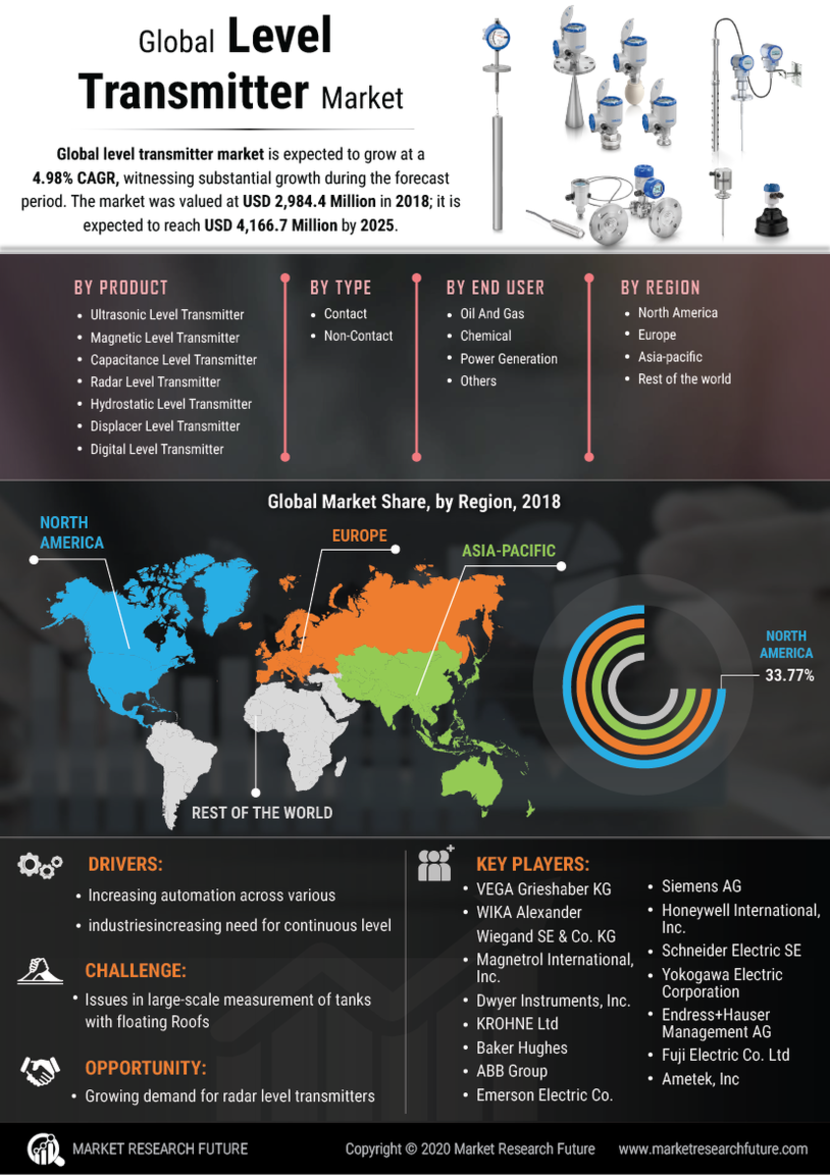 Global Level Transmitter Market is expected to grow at a 4.98% CAGR, witnessing substantial growth during the forecast period. The market was valued at USD 2,984.4 Million in 2018; it is expected to reach USD 4,166.7 Million by 2025.

North America accounted for the largest market value of USD 1,007.9 Million in 2018; the market is expected to register a CAGR of 4.98% during the forecast period.

The Global Level Transmitter Market, by region, has been segmented into Asia-Pacific, North America, Europe, and the rest of the World. North America is expected to dominate the global level transmitter market during the forecast period due to the region making significant investments in energy infrastructure to fulfill the growing demands of the oil & gas industry.

What is the growth scope of the level transmitter market?

The global market of level transmitter is expected to value at 4 Bn at 7% CAGR by 2023.

Who are key players of the level transmitter market?

What are the technologies used by level transmitter?

What are level transmitter market drivers?

What is the types of level transmitter?

Capacitance, displacer, radar, magnetostrictive, ultrasonic, and differential pressure are types of level transmitters that are available in the market.