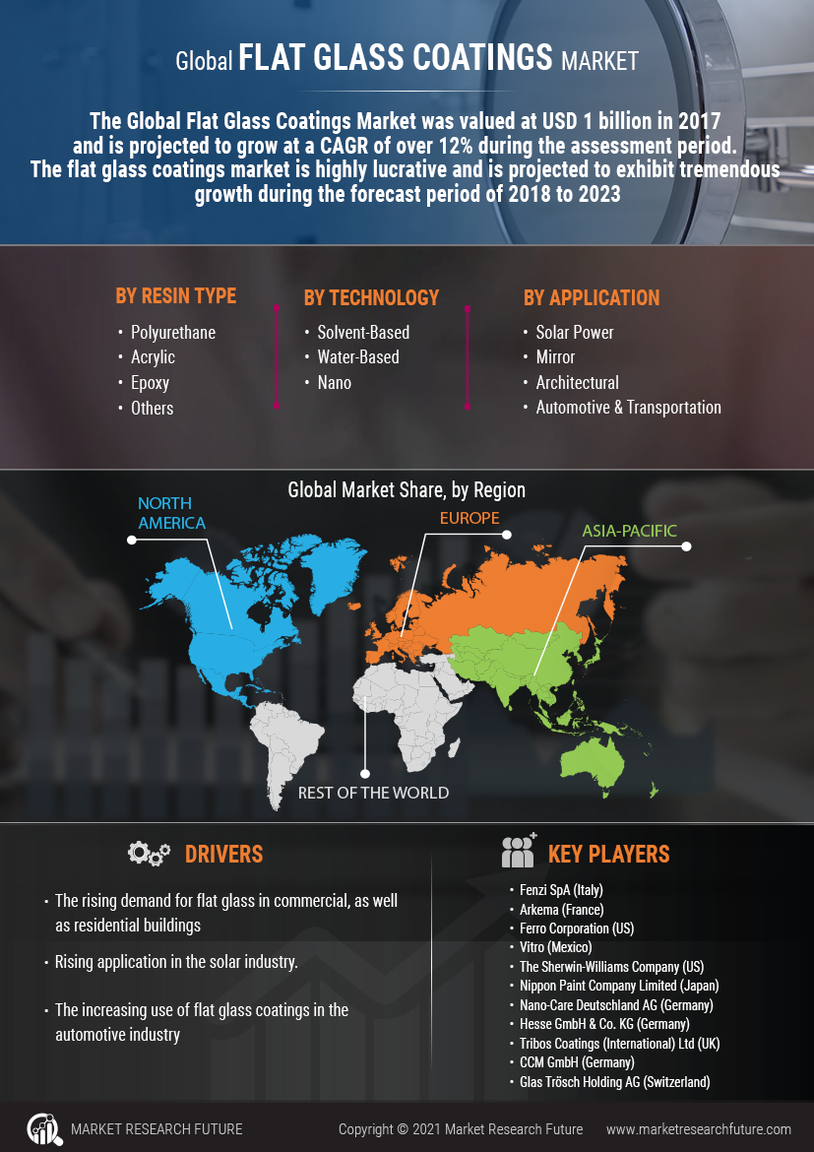 Flat Glass Coatings Market Overview Flat Glass Coatings Market is projected to be worth USD 13.38 Billion by 2030, registering a CAGR of 20.30% during the forecast period (2022 - 2030). Flat glass, also known as sheet glass or plate glass, is a type of glass that is made on a plane and is often used in windows, doors, mirrors, automotive glass, and solar panels. Flat glass is coated to impart features such as self-cleaning, corrosion resistance, dirt and water resistance, and energy efficiency, as well as to extend the product's shelf life. The flat glass coatings business is extremely lucrative, and it is expected to grow at a rapid pace over the next few years. During the forecast period, the polyurethane resin segment is expected to grow at the fastest rate. The expanding demand for flat glass in commercial and residential structures, as well as its growing use in the solar industry, are likely to be the primary drivers of worldwide market expansion. Furthermore, the growing use of flat glass coatings in the automotive industry is projected to help drive the flat glass coatings market forward. Stringent laws governing the use of solvent-based flat glass coatings, on the other hand, are projected to be a key stumbling block to the global market's expansion. Polyurethane resins are ideal for high-performance applications because of their longevity, high gloss, high strength, and ease of cleaning. 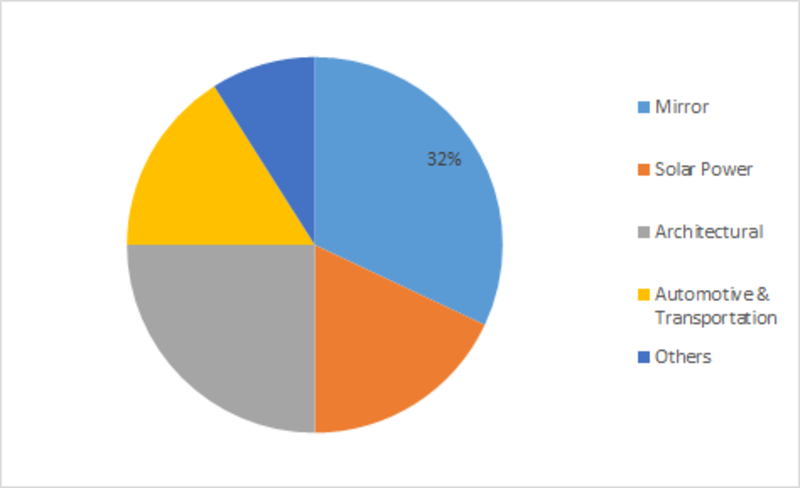 The market in Asia-Pacific is estimated to be the largest and fastest-growing during the forecast period. Rising government spending on the development of infrastructure in the region and increasing automobile production are the major factors contributing to the growth of the market. The North American flat glass coatings market was the second-largest in 2017 and is expected to remain so during the review period. The presence of major automobile manufacturers and the growing demand for green commercial buildings in the region have led to a surge in the use of flat glass coatings.

The market in the Middle East & Africa is also likely to exhibit steady growth owing to increasing construction in the region.

The global flat glass coatings market has been segmented on the basis of resin type, technology,  application, and region.

On the basis of resin type, the market has been categorized as polyurethane resin, acrylic resin, epoxy resin, and others.

On the basis of technology, the market has been segmented into solvent-based, water-based, and Nano.

Based on application, the global flat glass coatings market has been segmented into solar power, mirror, architectural, automotive and transportation, and others.

On the basis of region, the market has been segmented into North America, Asia-Pacific, Europe, Latin America, and the Middle East and Africa.


On 30 November 2019, The Isecam Group (Turkey), a market leader in the flat glass industry in Eastern Europe and Western Asia, announced the launch of its second flat glass manufacturing facility in Manfredonia, Italy. Not only has the company renovated the furnace with a cutting-edge design, but it has also turned on the coating and laminating lines. On 8 November 2019, MetaShield LLC (the United States), a major manufacturer of advanced material technology solutions with nanoparticle-embedded coatings, introduced a nanotechnology-based anti-fingerprint coating. On a variety of consumer and commercial products, the new technology lowers fingerprints and smudges by up to 70%.

What was the flat glass coatings market by 2030?

With what CAGR, the flat glass coating market can grow?

Which region would trigger better growth for the flat glass coating market?

What are the major applications of the flat glass coating market?

The applications are a mirror, solar power, automotive, architectural, and transportation, and others.

Which resin type would lead the flat glass coating market?

The polyurethane resin segment would dominate the market.