The Global Excitation System Market is expected to grow at 3.24% CAGR during the forecast period. 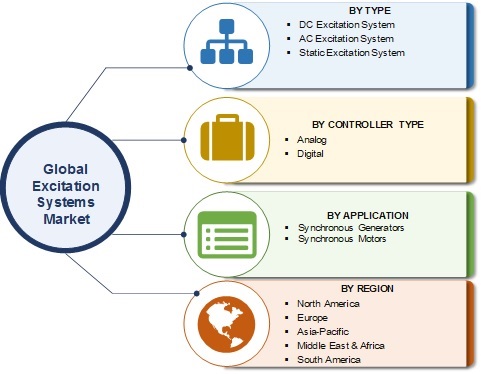 By region, the Global Excitation System Market is segmented into Asia-Pacific, North America, Europe, South America, and the Middle East & Africa. Asia-Pacific is expected to be the largest and fastest-growing region in the global excitation system market, owing to the increasing share of renewable energy supporting the excitation system in the region during the forecast period.

At what CAGR can the excitation systems market expand?

What is the estimated valuation for the excitation systems market?

Who are the key players of the excitation systems market?

What is excitation systems types?

What is the applications of excitation systems?

Synchronous motors and generators are applications of excitation systems.