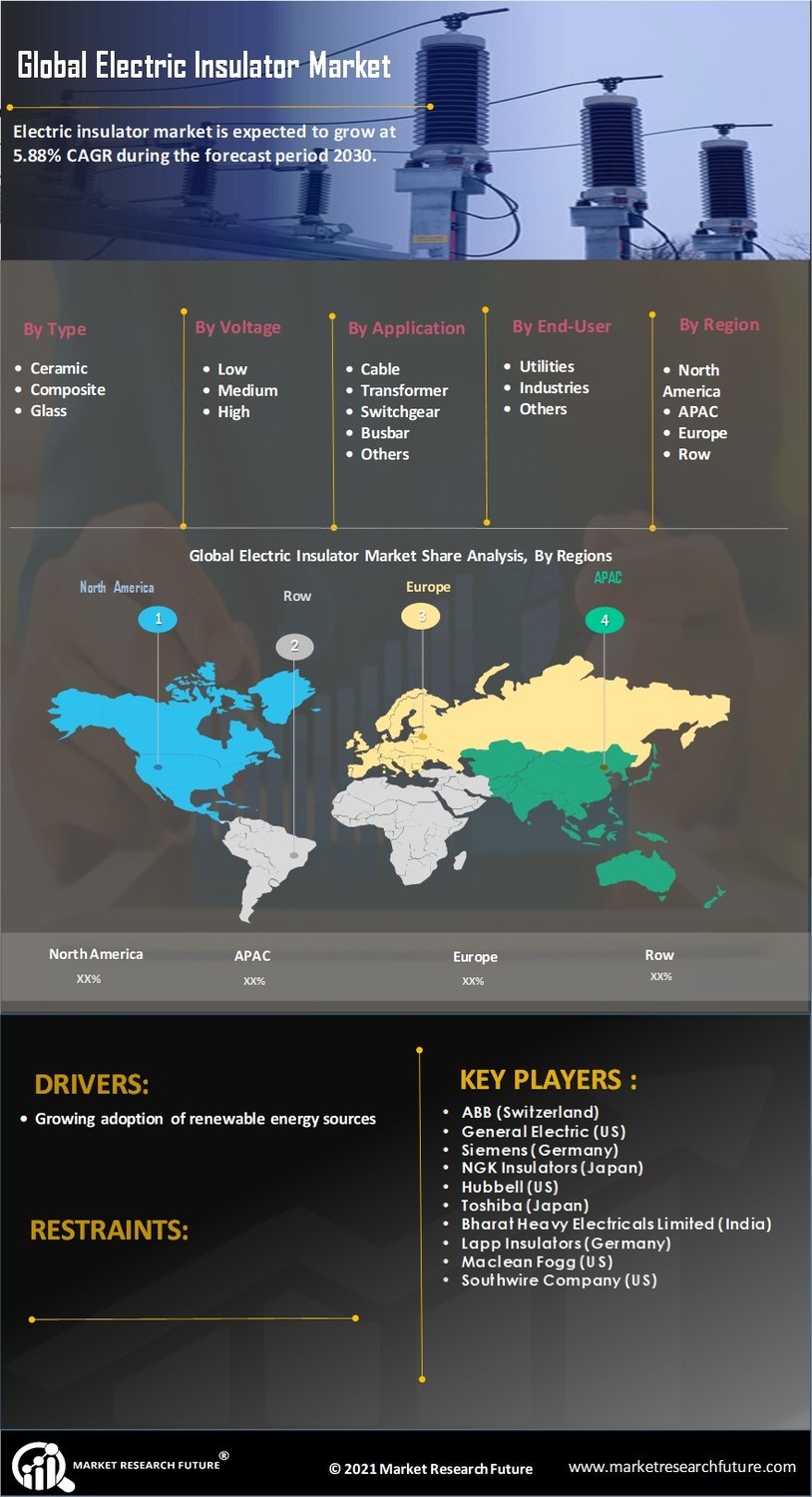 Electric insulator market is expected to grow at 5.88% CAGR during the forecast period.

Growing investment in refurbishment of aging grid infrastructure across the developed countries would accelerate the growth of electric insulator market. For instance, according to the World Energy Outlook, an investment of over USD 3.4 trillion would contribute to the refurbishment and replacement of existing assets. Similarly, in 2018, American Electric Power (US) planned to invest USD 17.7 billion in power grid over the next over the next three years. This would further drive the growth of the market in the power sector. Similarly, Southeast Asian countries are planning to invest aggressively in smart grid infrastructure which can lead to opportunities in the market. Moreover, according to the US Energy Information (EIA), major utilities are largely spending on distribution systems, majorly driven by capital expenditures on replacement of aging electrical equipment.

Additionally. the global electric insulator market is projected to grow at a high rate during the forecast period due to the growing adoption of renewable energy sources. According to IEA, renewable energy sources holds the largest share of investment in power generation, with an investment of USD 350 billion annually.  Countries across the globe are shifting towards renewable power generation. For instance, the government of China aims to spend USD 360 billion on renewable energy by 2020, leading to increase in the demand for electric insulators in the country.

Global market of electric insulator has been segmented based on type, voltage, application, end-user, and region. Based on type, the market is classified into ceramic, glass and composite. Ceramic segment is leading the market and has the largest market share, mainly due to its wide application in rugged environments with minimal leakage and provide mechanical strength with stress resistance. These types of insulators are less expensive and easy to maintain, thereby resulting in higher market share compared to glass insulators. 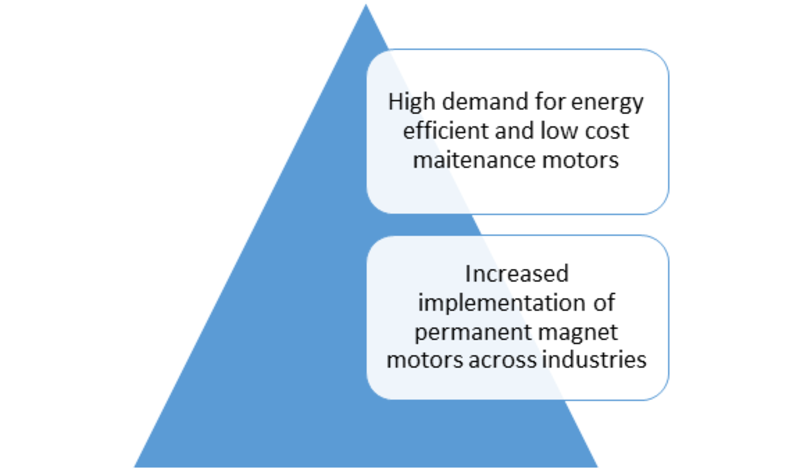 Global electric insulator market is expected to witness substantial growth during the forecast period owing to growing investments power grid infrastructure along with rapid urbanization in emerging economies. According to India Brand Equity Foundation (IBEF), increasing electrification would drive the growth of power consumption to 1,847 TWh in India in 2022. This would drive the market globally. Asia Pacific holds the largest share due to increased investments in the smart grid infrastructure development, T&D spending, growing dependence on renewable power generation sources, and infrastructural activities in the recent past.  China accounted for the highest installed generation and distribution capacity in the Asia Pacific region, resulting in an increased demand for electric insulators.

What is expected to drive the growth of the electric insulator market?

Increasing investments in the replacement of aging grid infrastructure are expected to drive market growth in the coming years.

What are the different types of pf electric insulators assessed in this report?

The different types of the product profiled are - ceramic, glass and composite.

The ceramic segment due to its mechanical strength has gained much popularity. It is expected to hold the maximum market share.

What is the estimated CAGR of the electric insulator market for the forecast period 2018 to 2023?

Which factor can be expected to contribute the most to the development of the market?

The governments are focusing on smart grid infrastructure development, which is supposed to support the growth pattern of the regional market.