The Cell Viability Assays market is expected to reach 3.83 Billion by 2030 at 8.50% CAGR during the forecast period 2022-2030. Cell viability assays are a technique for assessing the number of viable cells in culture. Cell viability assays measure markers of cellular activity to assess cell efficiency. Cell viability is used to track the responsiveness and health of cells in culture after being exposed to various stimuli. Furthermore, cell viability and cytotoxicity assays are employed in drug screening and chemical cytotoxicity testing. The Cell Viability Assays market is predicted to increase due to factors such as the rising prevalence of chronic and infectious diseases, increasing availability of funds for cell-based research, and increasing demand for cell-based assays in research and development activities.

As a result of urbanization, sedentary lifestyles, changing diets, rising obesity levels, and extensive availability of tobacco products, cancer, and heart disease are becoming the leading causes of mortality in emerging economies. As a result, the rising prevalence of chronic diseases is predicted to drive cell-based research, resulting in rapid market expansion. The choice of the appropriate assay is entirely dependent on the number of cells and their type, which influences the final and expected conclusion. Cell proliferation assays are used to maintain track of the number of cells, cellular divisions, metabolic activity, and DNA synthesis. Viability dyes like Calcein-AM or trypan blue are used to count the cells and provide both the proliferation speed and the viable cell percentage.

The cell Viability Assays market has been segmented into products, cell type, applications, and end-user.

The cell Viability Assays market, on the basis of products, has been segmented into consumables and instruments.

The cell Viability Assays market, by cell type, has been segmented into human cells, microbial cells, and animal cells.

The cell Viability Assays market, by applications, has been segmented into stem cell research, clinical & diagnostic applications, drug discovery & development, and others.

The market, by end-user, has been segmented into pharmaceutical & biotechnology companies, academic & research institutes, hospital & diagnostic laboratories and others. 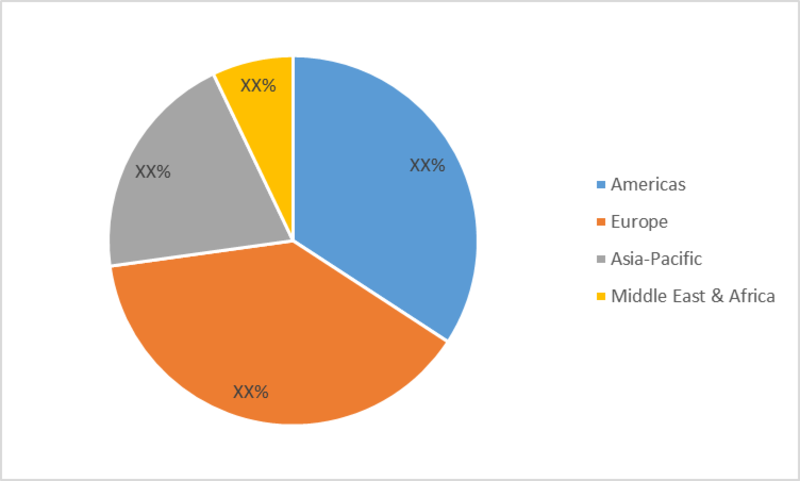 Geographically, the Americas is anticipated to dominate the global cell Viability Assays market owing to a well-developed healthcare sector, rising prevalence of infectious and chronic diseases and growing healthcare expenditure. According to an article published by the Centers for Medicare and Medicaid Services in August 2018, the US healthcare spending had reached USD 3.3 trillion in 2016. Europe is expected to hold the second largest position in the global cell Viability Assays market. The market growth in this region is attributed to the growing prevalence of chronic diseases and increasing healthcare expenditure. According to a report published by EU observer in September 2014, more than the one-third population of Europe above the age of 15 years in suffering from a chronic disease and 2 in every 3 people reaching the age of retirement have at least 2 chronic diseases.

Asia-Pacific is anticipated to be the fastest growing region in the market due to the rising number of stem cell, proteomics, and genomics research activities. Also, increased expenditure in the healthcare sector is expected to boost the growth in this cell Viability Assays market.


Researchers from China and the United States created a unique bio-ink in September 2018 that can efficiently bioprint, cultivate, and expand human induced pluripotent stem cells, and this type of innovation is expected to fuel the Cell Viability Assays Market expansion in the coming years.

Biotek launched a new cell count and viability starter kit on April 1st, 2020, that automates the process of cell counting and viability measurements in a mammalian cell suspension leading to an increase in the Cell Viability Assays Market.

What is cell viability assay?

What is a viability assay used for?

The cell viability is used to monitor the response and health of the cells in the culture after treatment with various stimuli. Moreover, cell Viability Assays and cytotoxicity assays are used for drug screening and cytotoxicity tests of chemicals.

What is the growth rate of the Cell Viability Assays Market?

Cell Viability Assays market is expected to register a CAGR ~ 8.50% during the forecast period of 2022–2030

What are the factors driving the Cell Viability Assays Market?

Numerous factors such as growing prevalence of chronic and infectious diseases, growing availability of funds for cell-based research, rising need of cell-based assays in research and development activities are expected to drive the growth of the market.

What is the leading regional Cell Viability Assays Market?

North America has been estimated to hold the largest market share in the global market. In this region, the market has been anticipated to grow due to technological advancement, the presence of many key market players, the high purchasing power of consumers, and more and more people owning cell viability assays.

Who are the major players in the Cell Viability Assays Market?