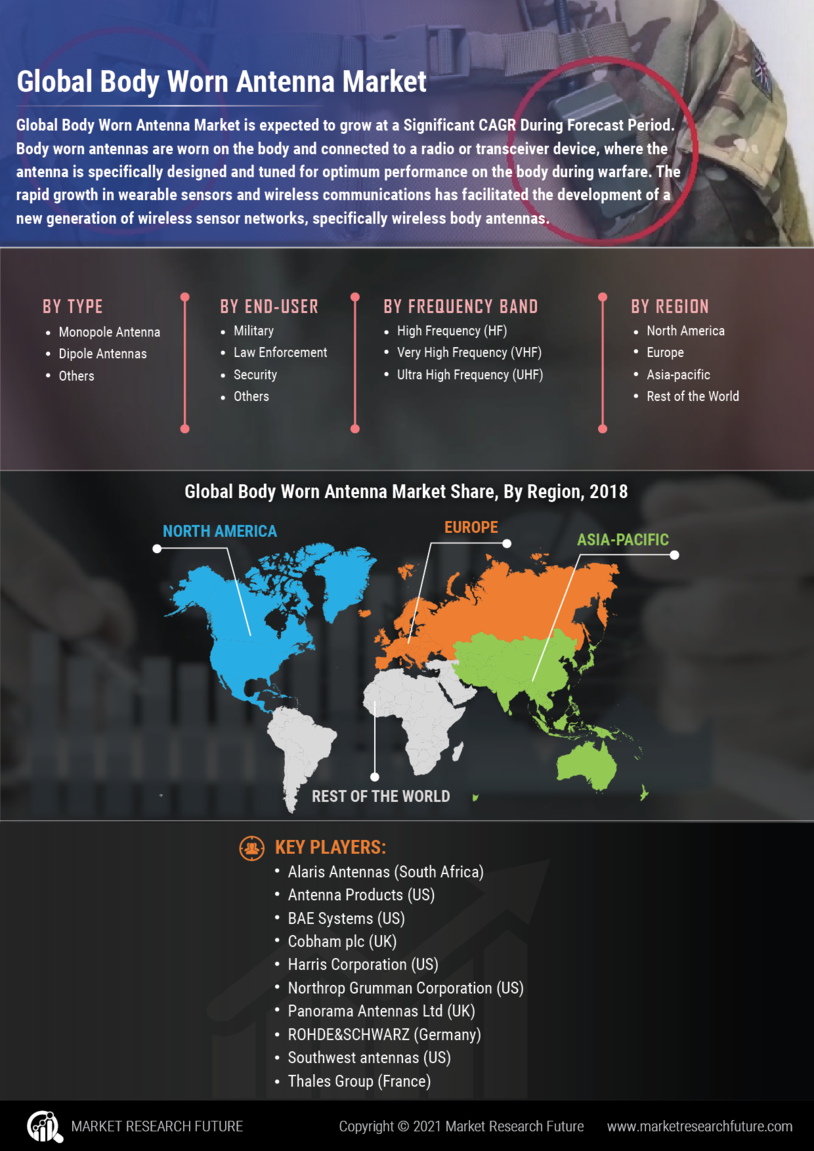 Body worn antennas are worn on the body and connected to a radio or transceiver device, where the antenna is specifically designed and tuned for optimum performance on the body during warfare. The rapid growth in wearable sensors and wireless communications has facilitated the development of a new generation of wireless sensor networks, specifically wireless body antennas. In recent years, new developments have been made in body worn antenna to reduce the size of antennas, increasing their flexibility and providing support for wider frequency bands. Recently, in 2017, Harris Corporation developed covert body-worn antennas. They provide a higher degree of safety than conventional tactical and radio antennas. In addition, since covert body worn antennas are worn very close to the body and below the head. Due to this they are less likely to hinder the agility and movement of warfighters and allow easy access to weapons and other essential devices.

The body worn antenna market has been segmented by type, end-user, frequency band, application, and region. Based on type, the market has been segmented into monopole, dipole antennas, and others. The dipole antenna segment is expected to grow at the highest rate, owing to the rising application of dipole antennas in military ships and aircraft. These antennas have benefits, such as high power and multipurpose military uses. Based on end-user, the market has been segmented into military, law enforcement, security, and others. Among these, the military segment is expected to lead the body worn antenna market during the forecast period. The growth of this segment can be attributed to the increasing adoption of modern warfare techniques in emerging nations in Asia-Pacific and the Middle East.

North America dominated the body worn antenna market in 2017, due to the increased application of body worn antenna in the military, law enforcement, security operations. The region leads the market in terms of expenditure and technological advancements of body worn antenna. The US generates a very high demand for body worn antenna used for surveillance purposes. In addition, Canada made some considerable investments in the development of antennas in the military sector. Europe is the second largest region in the market. Europe consists of countries, such as such as the UK, France, and Germany. These countries has presence of key manufacturers, this will contribution to the market growth. Asia-Pacific is anticipated to emerge as the fastest growing region during the forecast period. The growing adoption of body worn antenna in countries, such as China, Japan, and India, is expected to contribute to the growth of the regional market. Therefore, the body worn antenna market is estimated to witness a CAGR of more than 6% during the forecast period from 2018 to 2023. 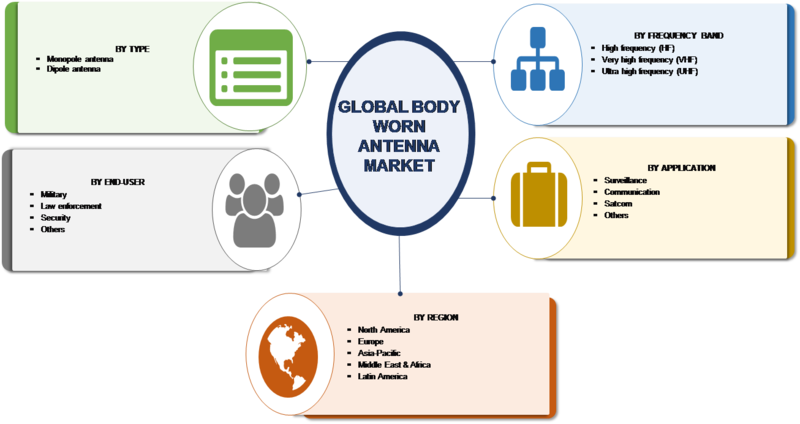 
The report on the global body worn antenna market by Market Research Future covers extensive primary research. This is accompanied by a detailed analysis of the qualitative and quantitative aspects by various industry experts and key opinion leaders to gain deeper insights into the market and industry performance. The report gives a clear picture of the current market scenario, which includes the historical and forecast market size, in terms of value and volume, and the technological, macroeconomic, and governing factors of the market. The report provides comprehensive information about the strategies of the top companies in the industry, along with a broad study of the different market segments and regions