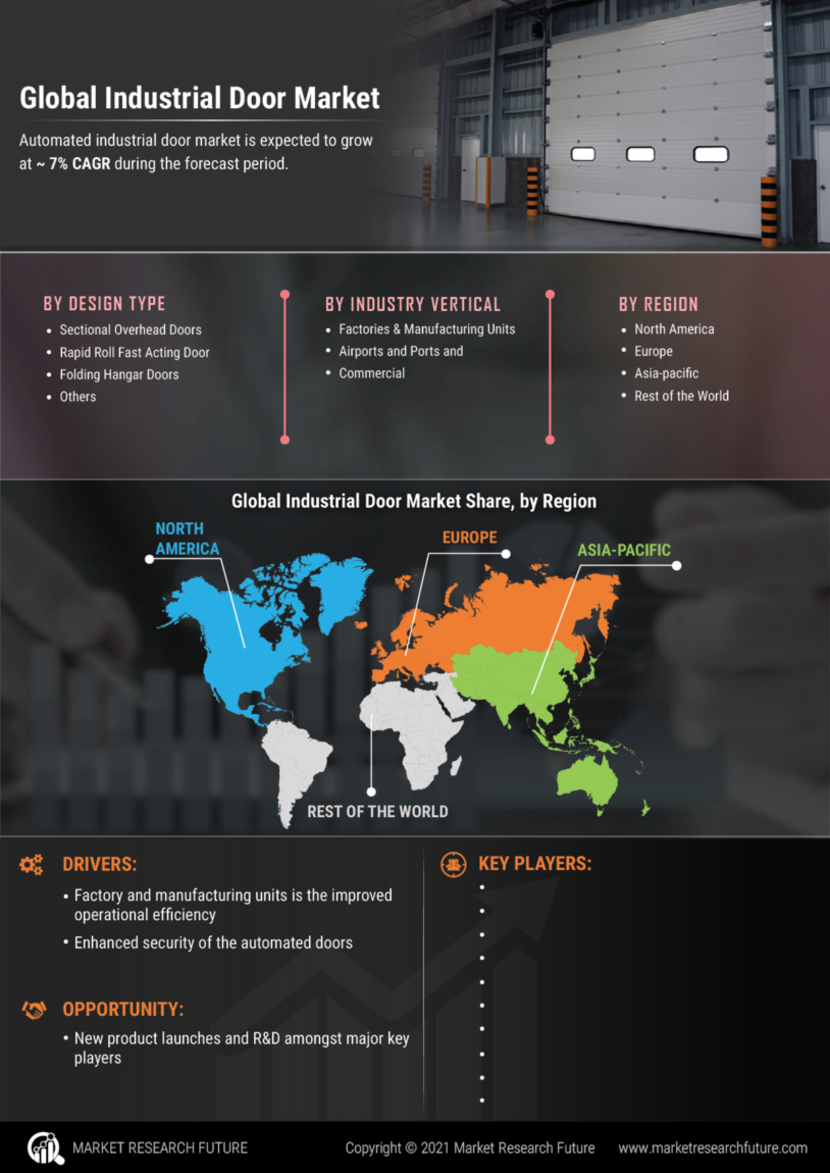 Automated industrial door market is expected to grow at ~ 7% CAGR during the forecast period. 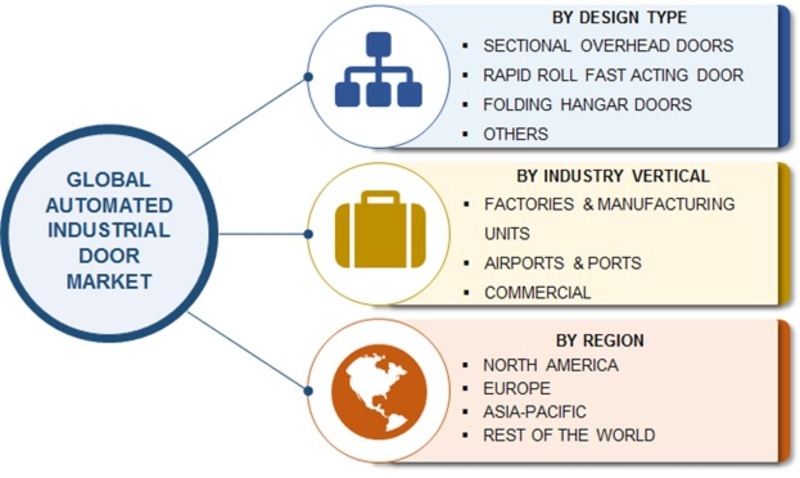 The growth of automated industrial door market is driven by various factors in regions across the globe. The major factor boosting the market growth is the increasing demand for factory automation in the developed countries such as U.S, Canada, U.K, Germany, China, and Saudi Arabia. The robotic systems in industries have helped the workplaces to combat labor shortage and produce the desired quantity of products with easy operation and high accuracy. Owing to this, the manufacturing units in the developed countries are opting for more automated systems, which is influencing the adoption of automated industrial doors. In addition, the rising development of airports and marine ports, leads the airport authorities to integrate aircraft hangars and shipyards with automated technology. Moreover, the automated industrial doors are also used for security concerns in various industries, as these doors can act according to the situation and prevent unauthorized entry of humans to the area. Pertaining to these factors, the automated industrial door market is expected to have a fast pace during the forecast period.

The growing need for automation to improve the feasibility of heavy door operation that are used across different industries can promote the automated industrial door market.

What are additional factors that can surge the automated industrial door market?

The need to cut-down labor cost, growing number of constructional projects, and availability of robust technology are additional causes that can spur the global automated industrial door market growth.

Who are the global vendors of the automated industrial door market?

What are common designs of the global automated industrial door market?

What is the estimated CAGR for the global automated industrial door market?

MRFR reveals that the automated industrial door market is expected to thrive at about 5% CAGR between 2017 and 2023. It is due to the increase in industrial activities is observed as a major factor that can improve the market health.

Global Automated Industrial Door Market, Predicted To Grow At More Than 5% By 2027