The Ascites Market is expected to register a CAGR of 4.0%and is anticipated to reach USD 2,832.5 million by 2023. Ascites is an abnormal accumulation fluid in the abdominal cavity. Liver cirrhosis is the most common cause of ascites. Its presence is a sign of significant portal hypertension. Other less common factors that may contribute to ascites development are heart failure, kidney failure, cancers, and infection in pancreas. Malignant ascites has a characteristic role in the progression of ovarian cancer. Malignancy-related ascites have also been observed in malignancies of breast, lung, pancreas, gastric, and liver. Ascites can be detected by physical examination at a volume higher than 1.5 l ascites. For a smaller amount of fluid ultrasound, and CT scan are preferred

The rising prevalence of cirrhosis, improvement in reimbursement policies, and increasing occurrence of cancer are the major drivers propelling market growth. However, the complications associated with the ascites treatment constrain the growth of the market.

The rising prevalence of cirrhosis is expected to drive the growth of the market. For instance, according to a study published in the Canadian Journal of Gastroenterology and Hepatology in 2016, Cirrhotic ascites accounts for more than 75% of patients who are admitted to hospital with ascites. Moreover, liver cirrhosis is also found to be prevalent in the European region. Owing to the increasing alcohol consumption and obesity, liver cirrhosis is the third most common cause of premature mortality in the UK as compared to other countries in Western Europe, suggested by a study published in BMJ Open in 2017. Ascites is the most common complication of cirrhosis that leads to hospitalization and use of healthcare resources, thus increasing the prevalence of cirrhosis is expected to propel the ascites market during the forecast period.

Some of the key strategies followed by the players operating in the ascites market were innovation, product development, acquisition, and expansion. 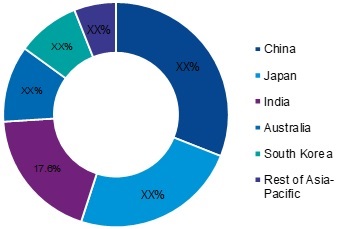 The ascites market, based on region, is divided into the Americas, Europe, Asia-Pacific, and the Middle East and Africa. The Americas accounts for the significant share of the market owing to the improvement in reimbursement policies, and high healthcare expenditure. Europe accounts for the second-largest market, which is followed by Asia-Pacific. Asia-Pacific is the fastest-growing ascites market due to the presence of enormous opportunities for the development of this market. However, the Middle East & Africa has the least share in the market owing to the presence of poor and slow developing countries, especially in the African region.

At what CAGR is the global ascites market projected to grow in the forecast period (2017-2023)?

Ascites market projected to grow at approximately 4.0% CAGR during the assessment period (2017-2023).

How much is the global ascites market worth in the future?

The valuation of the global ascites market is estimated to increase to USD 2,832.5 MN by the end of 2023.

What are the major tailwinds pushing the growth of the global ascites market?

Increasing activities of new drugs development and technological improvements are major tailwinds pushing the growth of the global ascites market.

Which region holds the largest share in the global ascites market?

North America holds the largest share in the global ascites market, followed by Europe and the Asia Pacific, respectively.

Who are the top players in the global ascites market?

BioVie Inc. (US), Fresenius SE & Co. KGaA (Germany), Sequana Medical NV (Switzerland), BD (US), Medtronic (Ireland), PharmaCyte Biotech Inc. (US), and GI Supply (US), are some of the top players operating in the global ascites market.