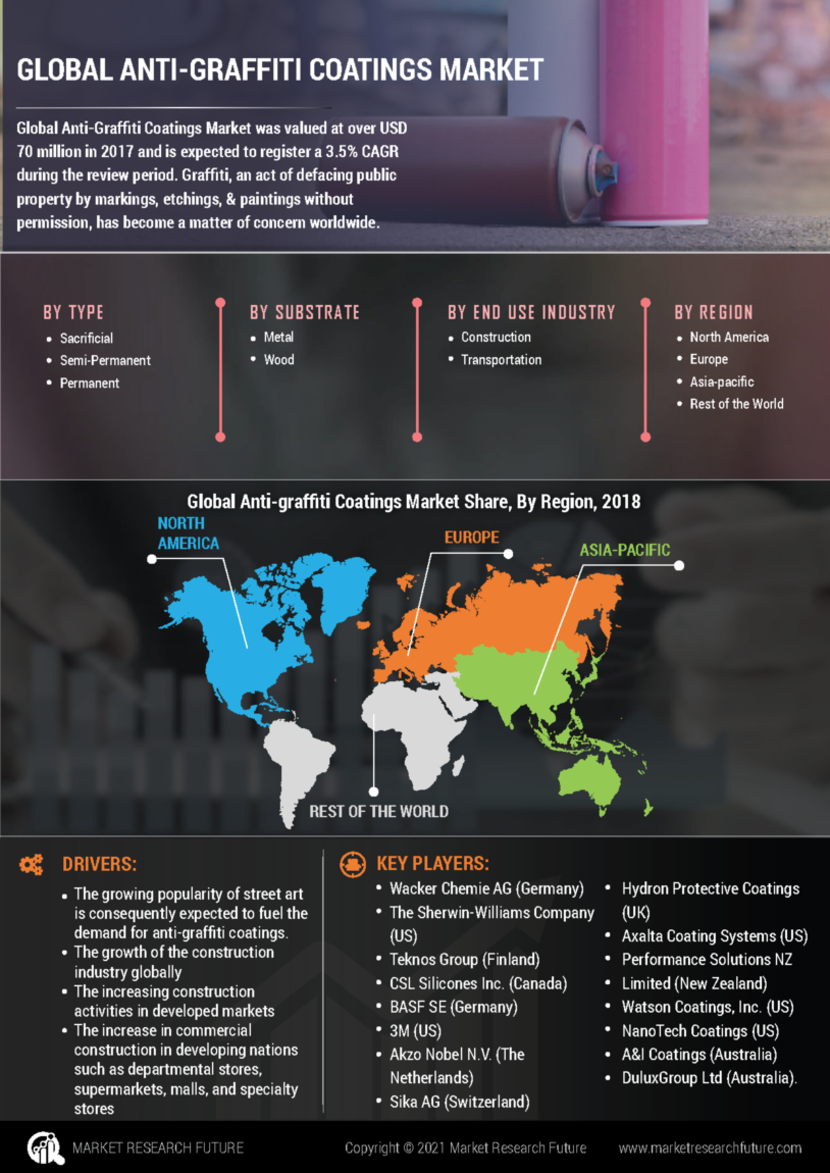 Global anti-graffiti coatings market was valued at over USD 70 million in 2017 and is expected to register a ~3.5% CAGR during the review period.

Graffiti, an act of defacing public property by markings, etchings, & paintings without permission, has become a matter of concern worldwide. This has resulted in increased investment on the removal of graffiti from buildings, schools, offices, trains, and buses. However, the graffiti removal process is complex and cost-intensive, which has increased the demand for anti-graffiti coatings across regions particularly in the US and Europe. The growing popularity of street art is consequently expected to fuel the demand for anti-graffiti coatings.

The prevailing trend noticed among the players operating in the global anti-graffiti coatings is product development. For instance, in 2017, The Sherwin-Williams Company introduced a new anti-graffiti concentrate using protective silicone film under the brand name SILRES BS 710. The coating material made of SILRES BS 710 is permeable to water vapor and forms a permanent bond with the substrate. 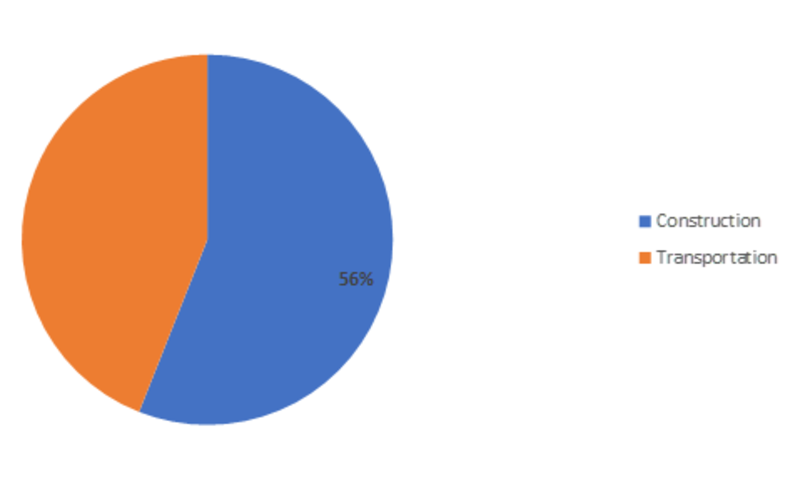 The North American market accounted for the largest share of the global anti-graffiti coatings market and is expected to register a healthy CAGR during the review period. The market growth is attributed to the increasing construction spending in the region. The growing advancement in nanotech coatings is one of the primary factors driving the growth of the regional market.

Asia-Pacific is also expected to be a prominent market on account of increasing residential and commercial construction as well as growing urbanization and changing living standards. Additionally, increased investment by the government in developing nations such as India, China, and ASEAN for the infrastructure development has resulted in an increase in construction activities, which is expected to propel the regional market growth during the review period.

The European market is expected witness healthy growth on account of the expanding construction industry in Western and Northern Europe due to increased spending on construction, renovation, and maintenance. The expanding automotive industry is another important factor driving the growth of the anti-graffiti market in Europe.

The markets in the Middle East & Africa and Latin America are expected to grow at a significant rate on account of increasing investments in construction activities and growth of the transportation industry.

The global anti-graffiti coatings market has been segmented by type, substrate, end-use industry, and region.

On the basis of type, the global market has been segmented into sacrificial, semi-permanent, and permanent anti-graffiti coatings.

Based on substrate, the global market has been divided into metal, wood, concrete, pre-existing coatings, and others.

By end-use industry, the global market has been segmented into construction and transportation.

The global market, by region, has been categorized into North America, Europe, Asia-Pacific, Latin America, and the Middle East & Africa.

How does the outlook of the global anti-graffiti coatings market look like?

At what CAGR is the global anti-graffiti coatings market projected to grow in the forecast period (2018-2023)?

The global anti-graffiti coatings market is estimated to register 3.5% CAGR during the forecast period (2018-2023).

Which is the major segment in the global anti-graffiti coatings market?

By end-use industry, the construction segment is a major revenue generator in the global anti-graffiti coatings market.

Which region holds the largest share in the global anti-graffiti coatings market?

North America holds the largest share in the global anti-graffiti coatings market, followed by Europe and the Asia Pacific, respectively.

Who are the top players in the global anti-graffiti coatings market?

Increasing Demand For Anti Graffiti Coatings In The Construction Industry Is Likely To Augment Th...