Pune, India, May, 2018 /MRFR Press Release/- Market Research Future published a half cooked research report on global Recloser market. The Recloser market is expected to expand at ~ 6% CAGR during the period 2018 to 2023.

The power industry is facing high demand from the developing nations like China and India. Besides, there is huge demand for reliable power infrastructure in the distribution sector. Typical circuit breakers were not able to cope up with the load fluctuations and long power cuts due to circuit breaks. This has driven the market for reclosers as they are capable of handling load imbalances and automatic resetting of power. Recloser technology is capable of replacing the obsolete circuit breakers by innovated automated circuit breaks that detect and solve the fault and presume the electricity supply.

Global Recloser market is projected to grow at ~ 6% CAGR during the forecast period. 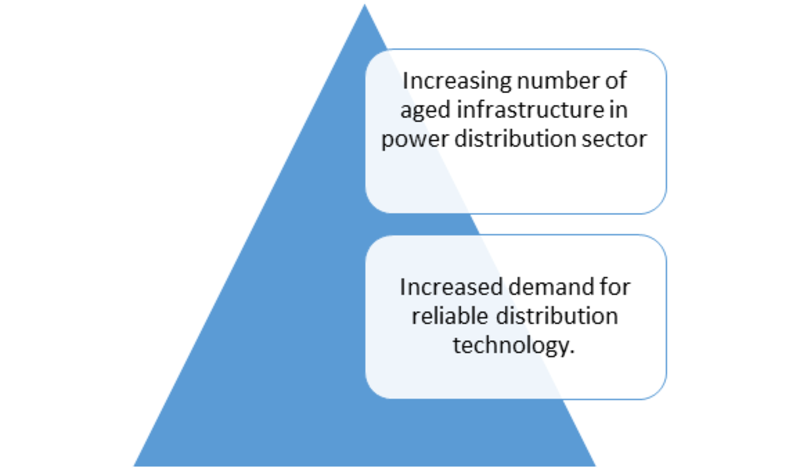 Epoxy insulated recloser by insulation type and microprocessor based recloser by control type are expected to dominate a major market share.

The epoxy insulated recloser which is a segment of insulation type recloser fulfills the objective of  inherently reliable, automation intelligence as well as eco-friendly reclosers as they do not use oil and gas insulation. They have advantage over oil and gas insulated recloser as they have permanent flexibility, superior tracking resistance, and leak-proof and are of higher tensile strength. With their higher advantage over oil and gas insulated recloser, they are anticipated to capture a major market share. For instance, Siemens a major company in electrical equipment has launched the manufacturing units of cycloaliphatic epoxy insulated reclosers in Germany, U.K. and North California. Based on control type, the market is segmented as electrical control, hydraulic control and microprocessor based control.  Microprocessor based control are expected to grow at a faster pace as they have higher ability to detect the faults and based on microprocessor chips.

This report provides an in-depth analysis of the global recloser market, tracking four market segments across four geographic regions. The report studies key players, providing a five-year annual trend analysis that highlights market size, and share for North America, Europe, Asia Pacific (APAC), Middle East, Africa and Rest of the World (ROW). The report also provides a forecast, focusing on the market opportunities for the next five years for each region. The scope of the study segments the Recloser market by its Phase Recloser type, control type, insulation type, voltage rating type  and by region.