Global Crossover Vehicles Market is projected to witness ~9% CAGR by 2027 : 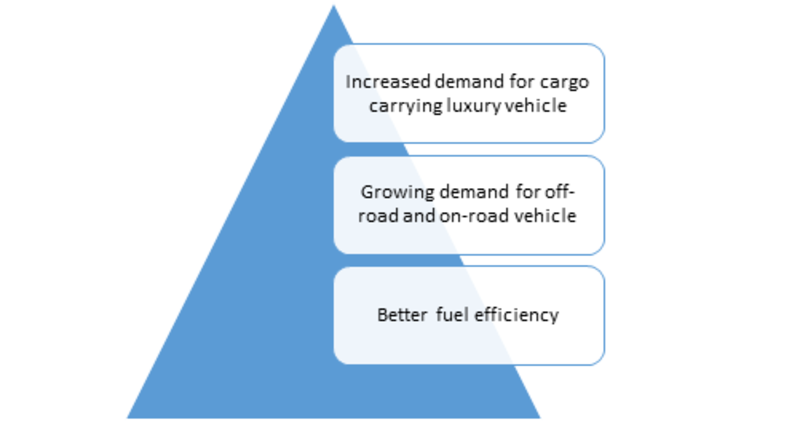 This study provides an overview of the global crossover vehicles market, tracking three market segments across four geographic regions. The report studies key players, providing a five-year annual trend analysis that highlights market size, volume, and share for North America, Europe, Asia-Pacific, and the Rest of the World. The report also provides a forecast, focusing on the market opportunities for the next five years for each region. The scope of the study segments the global automotive crossover vehicles market by type, drive type, fuel type, gear transmission, and regions.