U.S. industrial production rose by 0.4 percent in September because of higher manufacturing output, especially in the auto industry, and the easing of supply-chain constraints. A report issued by the U.S. Federal Reserve revealed that the utility index decreased by 0.4 percent while the mining index increased by 0.6 percent.

Total industrial production in September increased by 5.3 percent from the same month last year, or 105.2% of its 2017 average. In September, capacity utilization increased by 0.2 percentage points to 80.3 percent, 0.7 percenta.ge points higher than the long-term (1972–2021) average.

Amidst growing concerns of a recession, inflation, and rising interest rates, a shift in consumer spending to services, and a general downturn in the U.S. economy as well as in Europe and China, the factory sector in the United States is predicted to slow down in the upcoming months. 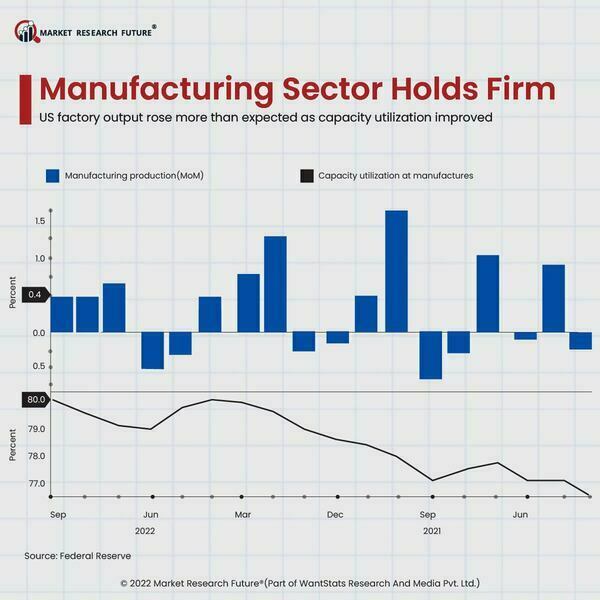