Nokia will Lead the Next Generation 6G Project in Europe

The Hexa-X-II project will lead the second phase of the European 6G flagship initiative, which Nokia confirmed last week in a press release. Forty-four organizations will now be included on the Hexa-X partner list. They will be entrusted with developing the pre-standardized platform and system view that will serve as the foundation for many contributions to upcoming 6G standardization.

The European Commission has financed the Hexa-X-II project as part of the initial round of the Joint Undertaking for Smart Networks and Services (SNS-JU). It is the next step in bringing together important industrial stakeholders in Europe. Hexa-X and Hexa-X-II both aim to position Europe as a 6G leader.

Ericsson will be responsible for Hexa-X-technical II's management as part of the deal. Several work packages, including those on radio evolution and innovation, future devices and flexible infrastructure, intelligent network management and values, requirements, and ecosystem, will be coordinated with Orange, TIM SpA, TU Dresden, University assistance of Oulu, IMEC, and Atos.

From the first GSM call through the world's top-performing 4G networks and the fastest 5G connections, Nokia has had a formidable history of being at the forefront of commercializing every generation of wireless technology. Nokia and Nokia Bell Labs, the company's famed industrial research division, invented many of the basic technological breakthroughs that are being utilized to create 5G standards. Nokia is also laying the foundations for 5G-Advanced in 3GPP Releases 18 and 19, which

Nokia Bell Labs built the foundation for AI by developing the transistor, the laser, and the cellular network. As they gear up for the 6G era, they hope to be ten years ahead of the curve.

Nokia is also building the groundwork for 5G-Advanced in 3GPP Releases 18 and 19, which will expand 5G's capabilities and open up new verticals. These new features come with XR, exact positioning, better coverage, and AI/ML for the 5G-RAN. Many of these technological advancements will close the gap between 5G and 6G. The Hexa-X-II project is expected to get underway on January 1, 2023, and will last for 2.5 years.

6G is being touted as a technology that will unleash human potential and change how we live and work by fusing the real and virtual worlds. That will open up new human potential. The potential for human mobility and connectivity was unlocked by 2G and 3G, while 4G unlocked the potential for information and social media interaction. 6G will provide perfect knowledge of the human worlds linking us with the digital worlds. 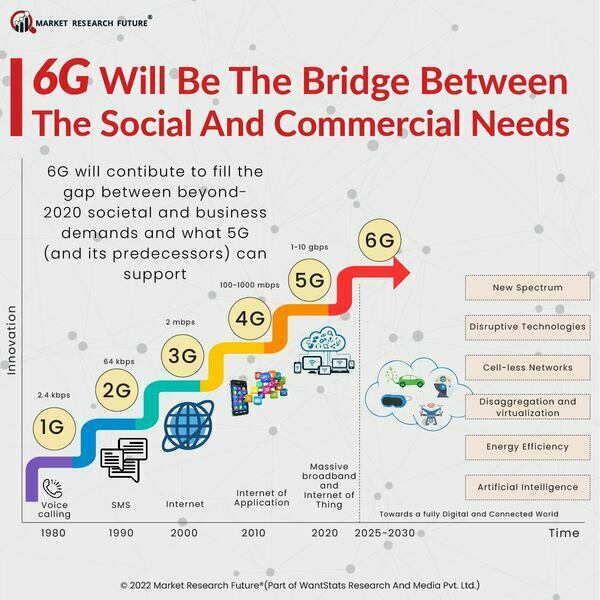 Nokia will Lead the Next Generation 6G Project in Europe