Ultrasonic sensors used in autonomous vehicles are of transceiver types, which send & receive signals. These sensors produce high frequency sound waves and evaluate the echo that is received back. The sensors then calculate the time interval between sending of the signal and receiving of the echo. This information is then utilized to determine the distance between objects. The ultrasonic sensors used in autonomous vehicles are short distance detectors and as well as long distance detectors. For a sound pressure wavelength of 40 kHz, the sensor can cover a range up to 3 meters, horizontally. Ultrasonic sensors are widely used in night vision, parking assist, and BSD.

Global Ultrasonic Sensors Autonomous Vehicle Market is expected to reach USD 22.47 Billion by 2027 with a CAGR of 24.90% 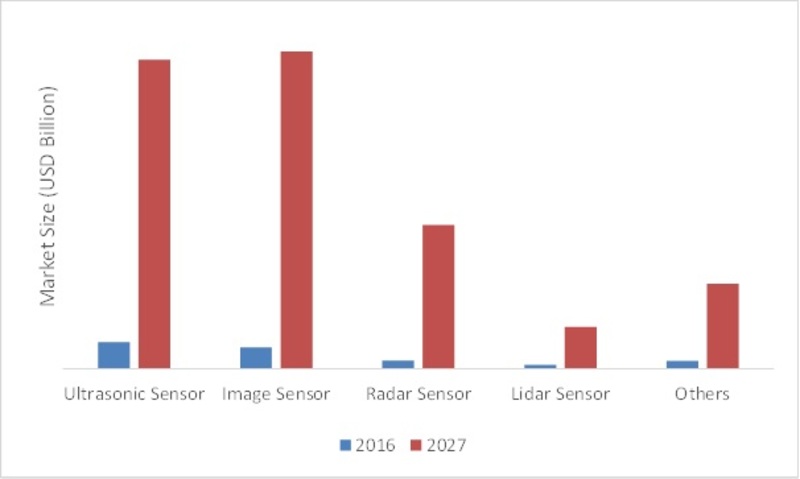