The Autonomous Vehicles Market statistical report, published by Market Research Future contains succinct information on the autonomous vehicles market, segmented by countries (Germany, France, U.K., Italy, Spain, Rest of the Europe) and forecast from 2016-2027. The driving factors of autonomous vehicles are: aging population, technological advancement, ride sharing, and fuel efficiency. These factors are either independent and are playing very crucial role in the market growth or are dependent on other factors.

Germany Autonomous Vehicle Market is expected to reach USD 4.88 Billion by 2027 with a CAGR of 23.8% 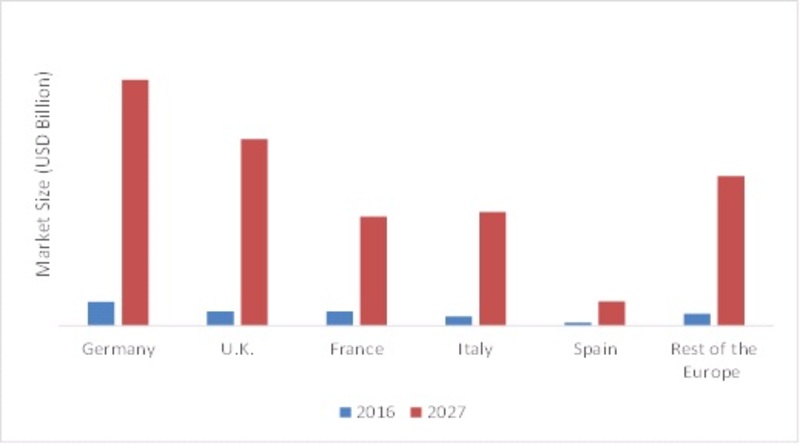