Impact of Covid-19 on Number of Web Hosting Services Market

The COVID-19 pandemic has forced governments of various countries across the globe to impose lockdown due to the increasing number of cases. The web hosting services market has seen a significant impact due to rise in the number of people playing online games, increased demand for streaming services, rise in online shopping, and various other minor factors.

In the US, the nationwide lockdown has left everyone except essential workers at home. Hence, people are spending more time online and hence consuming more content and adding load unaccounted for on website servers. Verizon, the US-based network provider noticed a 20% increase in traffic to its website since the beginning of the lockdown.

Online multiplayer has seen an unprecedented rise in traffic since the lockdown began. It is estimated that the estimated 2.7 billion gamers in the world are expected to spend around 159.3 Billion USD in 2020, driven by increased time spent home and the launch of next generation consoles later in the year. Due to the rise in server traffic, both Xbox Live and Nintendo Online, the online gaming services provided by Microsoft Xbox and Nintendo, had collapsed under load in the month of March. Due to these factors, these providers are having to upgrade their bandwidth capacities and invest in better hosting services.

Online streaming services such as Netflix, Amazon Prime Video, Disney+, Hulu, and various others have also faced bandwidth issues and have had to reduce streaming quality to avoid downtime in services. Netflix has reported a doubling of its viewership under lockdown as compared to before the lockdown. This has resulted in increased demand for high speed hosting solutions to keep up with the increased traffic. 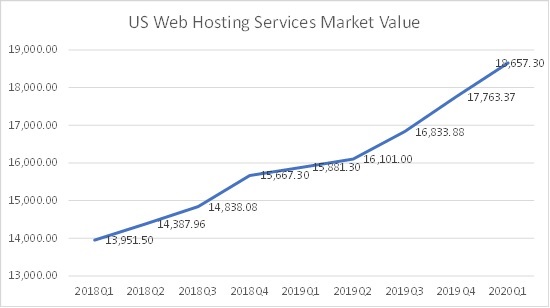