Before the COVID-19 pandemic, the downturn in the sales of fuel-cell vehicles in China has been observed over the past two years, owing to the slowdown in its economy, strict emission regulations, and escalating trade tensions. The spread of COVID-19 from China has affected all the countries across the globe. The spread of the COVID-19 virus has significantly impacted the hydrogen fuel-cell vehicles market. The lockdowns initiated by governments in most of the countries have resulted in a global economic crisis, which has pushed the automotive industry, to a near-collapse condition, shutting down factories and emptying showrooms. The automotive sector is one of the sectors, most profoundly impacted by the outbreak of the pandemic.

The prominent industry participants are in the early stages of committing to electrification. Companies are facing significant revenue losses and a slowdown in the production of both passenger and commercial vehicles, due to the unavailability of workers. The disruptions in supply chains and the halt in the release, distribution, and final assembly of new, hydrogen fuel-cell vehicles are drastically hindering the growth of the market. The pause in the supply of raw materials from China has resulted in a gap between demand and supply. Besides, the delays caused in the deployment of electrolyzer capacity owing to the canceled or delayed low-carbon production projects have led to revenue losses for the electrolyzer manufacturers, which is also hindering the growth of the market.

The gradual lifting of lockdowns in some of the countries after April 2020 has resulted in the resumption of manufacturing operations, though at reduced capacities, which is expected to increase the production and sales of hydrogen fuel-cell vehicles and drive the growth of the market. Also, the rapid growth of the e-commerce sector during the pandemic is expected to lead to higher market penetration for online shopping, which is likely to result in an increased demand for commercial trucks to support deliveries of online purchases, which in turn, is expected to drive the growth of the market. 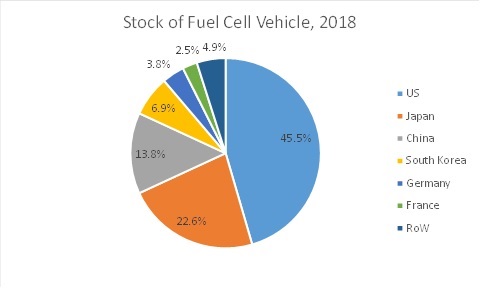 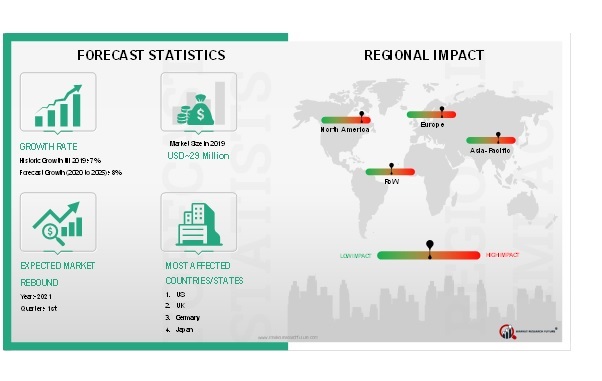